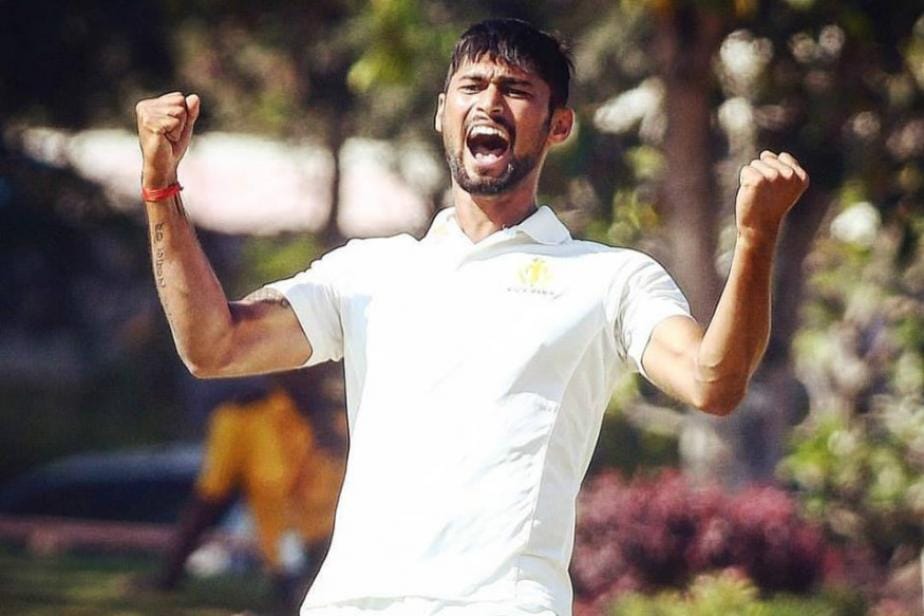 Gujarat completed formalities, defeating Goa by 464 runs in Valsad to become the first team to enter the semifinals of this year's Ranji Trophy.

Gujarat completed formalities, defeating Goa by 464 runs in Valsad to become the first team to enter the semifinals of this year's Ranji Trophy.

Goa got nowhere close and were dismissed for 164 in their second innings, 9 runs fewer than their first innings score. Left-arm spinner Siddharth Desai bagged 5 for 81 while left-arm medium pacer Arzan Nagwaswalla got 4 for 18, as Goa got nowhere close.

Karnataka turn things around against J&K

Jammu and Kashmir began the day trailing by 118 runs with 8 wickets in hand, having a great chance at taking a first-innings lead. Had they had a good batting day, they'd have been in a great position to make it to their first semifinal.

However, pacer Prasidh Krishna bagged four wickets to trigger a J&K collapse, as they folded for 192 in reply to Karnataka's 206 all out, falling short by 14 runs.

Shubham Khajuria fought with 62 while Abdul Samad made a quick 43 off 50 balls, but Krishna, along with J Suchith and Ronit More who bagged two apiece, ensured the hosts fell just short.

Karnataka's batsmen then made life tougher for J&K, reaching 245 for 4 at stumps, leading by 259. R Samarth (74) and K Siddharth (75*) were the stars with the bat in a much improved performance in the second innings.

Bengal extended their dominance over Odisha in Cuttack, ending Day 4 with one foot in the semifinals.

At stumps, they were 361/7, leading by 443 runs. Having taken the first innings lead, Bengal will be in no hurry to end their innings.

Bengal began the day 79/2 with, Abhishek Raman 4(37) and Manoj Tiwary 3(14) in the middle. Tiwary fell early but Raman (67), Shreevats Goswami (78) and Shahbaz Ahmed (52*) made half-centuries to power Bengal. Unless something dramatic happens on the fifth day, Bengal will make it to the final four.

Saurashtra on top against Andhra

Like Bengal, Saurashtra too enjoyed a good batting day without any pressure as they finished with a lead of 658 runs with one wicket left going into the final day.

Saurashtra began the day 93/2 and ended it on 375 for 9, having taken the first-innings lead. Avi Barot (54), Prerak Mankad (85) and Dharmmendrasinh Jadeja (60) made half-centuries as Andhra toiled without much success. Only formalities are left for the final day.