However, Virender Sehwag failed again as Delhi reached 191 for 3 in reply to Mumbai's 324 in their Group A Ranji Trophy match. 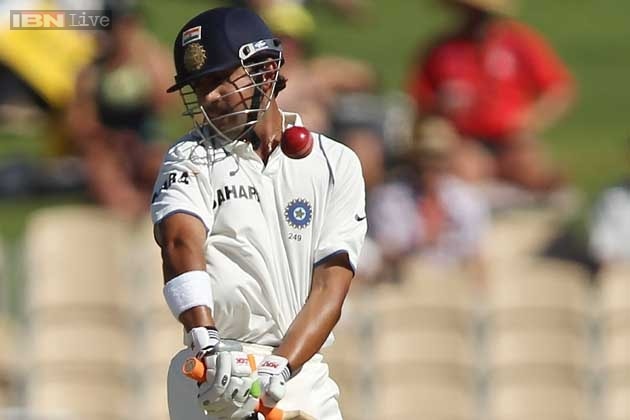 Mumbai: Seeking to make a comeback to the Indian team, Gautam Gambhir made a patient half-century but Virender Sehwag failed again as Delhi reached 191 for 3 in reply to Mumbai's 324 in their Group A Ranji Trophy match here on Friday.

At stumps on the second day of the match, Mithun Manhas, (60) and Manan Sharma (13) were at the crease. Gambhir top-scored for the visitors with 64.

Having bowled out Mumbai for 324 after the hosts resumed at overnight 252 for 6, Delhi trailed the defending champions by 133 runs in their first innings when stumps were drawn for the day.

While Sehwag was out caught behind for just nine off another out-of-favour India player, pacer Zaheer Khan, Gambhir struck 12 fours during his 147-ball knock at the Bandra Kurla Complex.

Rohtak: Right-arm pacer Mohit Sharma celebrated his inclusion in India's ODI team with an impressive four-wicket haul to give Haryana the vital first innings lead against Jharkhand on the second day of their Group A Ranji Trophy match.

Mohit, who has been picked up in the 15-member Indian ODI squad for the upcoming three-match ODI series against the West Indies, returned with figures of 4 for 30 from his 10 overs to bowl Jharkhand out for 231 in their first innings in reply to Haryana's 309.

Earlier, resuming at the overnight score of 296 for 8, the last two Haryana wickets could add only 13 runs before being bowled out.

Fit-again pacer Varun Aaron was the pick of the bowlers for Jharkhand with figures of 4 for 48. Captain Shahbaz Nadeem (3 for 109) too excelled with the ball scalping three wickets.

Nagpur: Niranjan Behera and Subhrajit Sahoo slammed a century each as Odisha posted 453 for 6 declared before reducing Vidarbha to 14 for 2 at stumps on day two of their Ranji Trophy Group A match.

Deepak Behera (58 not out) also chipped in with an important half-century.

While Niranjan scored a patient 363-ball 131 which was studded with 14 boundaries, Sahoo remained unbeaten on 114 that came off 218 deliveries, including 10 fours and two sixes.

The day also saw Niranjan putting on a solid 100-run stand for the sixth wicket with Sahoo, who then joined hands with Deepak to share an unbeaten 111 runs partnership for the seventh wicket.

Odisha, after resuming at 226 for 3 with Niranjan on 90 and his overnight partner Biplab Samantray on 31, lost the latter early. Samantray's 40 came from 126 balls.

Bangalore: Captain Parthiv Patel led from the front with a strokeful 83 as Gujarat made a strong reply to Karnataka's 306 all out by reaching 216 for 5 on the second day of their Group A Ranji Trophy match.

Parthiv, who struck 15 boundaries in his 98-ball knock, stitched a 104-run stand for the third wicket with opener Samit Gohel (38) to rebuild the Gujarat innings after the visitors were reduced to 29 for 2 at one stage at the M Chinnaswamy Stadium.

Gujarat now trail by 90 runs with five first innings wickets intact. At stumps, Bhargav Merai was batting on 41 while Akshar Patel was giving him company on six.