Ranji Trophy Group A, Round 5, Day 1: Bengal hit back after Jaffer 80 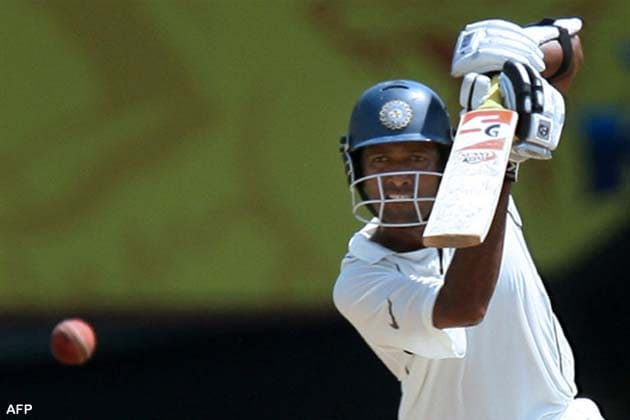 Mumbai: At the Brabourne Stadium, Bengal did well to reduce Mumbai to 262 for 7 after taking the big wickets of Wasim Jaffer (80), skipper Rohit Sharma (1) and allrounder Abhishek Nayar (62) on day one.

Jaffer, in his first innings this season after returning from Haj, weighed in with 80 off 151 balls after Mumbai slumped to 46 for 3 with the wickets of Kaustabh Powar, Hiken Shah and Rohit inside 20 overs. Left-arm spinner Iresh Saxena had Pawar stumped for 15 before Laxmi Ratan Shukla got Shah (0) and Rohit caught behind in successive overs. Jaffer, dropped on 16 when Arindam Das at second slip dropped a sitter off Shukla, put on 104 in 190 balls for the fourth wicket with Nayar, which was the most profitable partnership of the day.

A 56-run stand between wicketkeeper Aditya Tare (38) and Ankit Chavan (35) gave Mumbai further room to breathe. At stumps, Dhawal Kulkarni (24*) and Ramesh Powar (1), dropped on 0 by Das at second slip, were batting. Former Bengal captain Shukla was the pick of the Bengal bowlers with 4 for 35 from 21 overs but Shami Ahmed, coming off an 11-wicket haul in round four, went wicketless in 22 overs.

A maiden first-class century from wicketkeeper-batsman Smit Patel and his century opening stand with Samit Gohel drove Gurajat to the strength of 252 for 2 on day one against Hyderabad in Valsad.

Patel, who kept wicket for India Under-19 in their victorious World Cup run in Australia earlier this year, finally channeled a series of half-centuries into a century during his maiden Ranji Trophy season. After scores of 60, 61, 67 and 55 in six prior innings this season, Patel made a 240-ball 114 out of a partnership of 163 with Gohel, who scored 85 off 186 balls in his second first-class match. Hyderabad’s bowling has struggled all season and their first breakthrough did not come until the 55th over when Gohel fell to Lalith Mohan. Patel’s dismissal to Anwar Ahmed came soon before stumps, but Bhargav Merai (45*) will look to follow his top-order team-mates on Sunday.

At Mohali’s PCA Stadium, pace bowler Siddarth Kaul continued his fine form to help hosts Punjab bowl out defending champion Rajasthan for 222 on day one. Following a stellar show against Saurashtra in the previous round, Kaul collected 4 for 63 and Sandeep Sharma 3 for 72 to give Punjab the upper hand.

Rajasthan were hurt early when Baltej Singh dismissed Vineet Saxena for 0 and Sharma got Vaibhav Deshpande for 1. Rajasthan seemed to have recovered with a half-century stand between Yadav and Ashok Menaria (32), but the former was trapped in front by Sharma in the 30th over. For Rajasthan, Puneet Yadav top-scored with 57 off 74 balls before he was fourth out. The rest of the innings stumbled hereafter, with Rajesh Bishnoi (23) and Deepak Chahar (35) taking the visitors past 200 with a handy 35. Pankaj Singh removed prolific opener Jiwanjot Singh for 1, but Karan Goel and Ravi Inder Singh took Punjab to 20 for 1, a deficit of 202, by stumps.

In Rajkot, an unbeaten 111 from Ravindra Jadeja carried hosts Saurashtra to 227 for 4 against Railways after Jaydev Shah opted to bat. Saurasthra had been in some bother at 90 for 4 following Shah’s dismissal for 13 to Sanjay Bangar, but a 137-run stand between Jadeja and veteran Shitanshu Kotal (53*) put the home team back on track for a sizeable total.

Jadeja faced 224 balls and hit ten fours and a couple sixes in his innings, which was his second century of the season and seventh overall.