The 32-year-old Jamnagar born, who is recovering from a thumb injury, also shared a peek into his recovery process online. 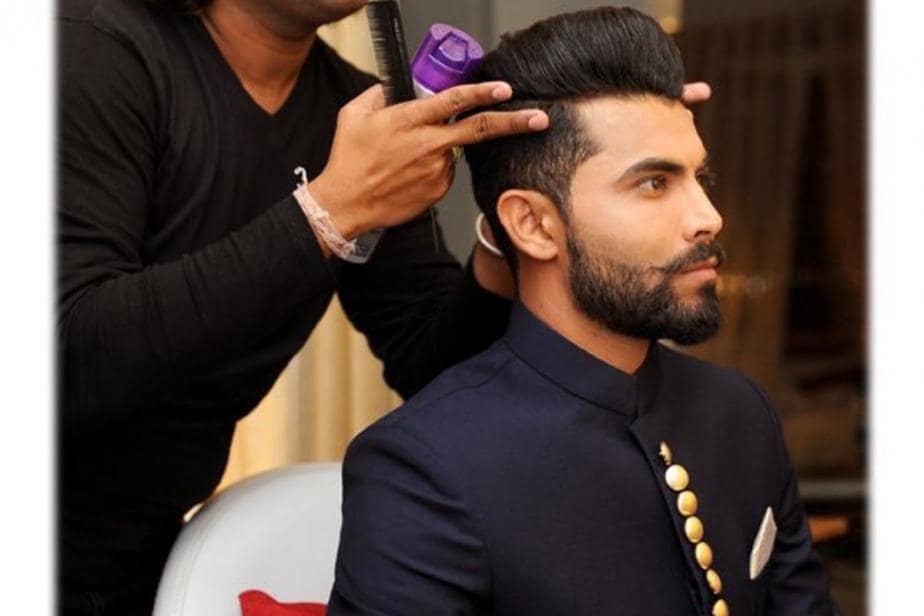 India all-rounder Ravindra Jadeja is known to experiment with his hairstyles. Over the years, he has treated his fans with various looks.From crew cut to long hair, Jadeja clearly has his unique style. The cricketer, on Thursday, took to Twitter to share a glimpse of his latest hair do and fans are admiring it. The 32-year-old Jamnagar born, who is recovering from a thumb injury, also shared a peek into his recovery process online. Looking absolutely dapper while getting ready, he is wearing confidence on his sleeve. In the picture posted by the cricketer, we see him looking sharp dressed in a buttoned-up crisp, formal outfit.

While sharing the post, he wrote, “Forget the rules, if you like it, wear it.” He also added the hashtags #creatyourownstyle, #dresswell.

The blow he suffered on his thumb during India’s tour of Australia has kept him out of action in the ongoing India vs England series. As he copes with the surgery, he has missed five Test matches. He recently shared a video taken in the gym. This is the first time he was seen training post-surgery. He has taken to the field and is trying his best to get back in form. Jadeja will hope to return in the ODIs against England to full fitness and feature.

India went on to win three among four tests played without the services of Jadeja. He has not been mentioned in the T20I squad as well for the home series against England. Jadeja, in all probability, would hope he is ready in time for the ODIs. Replacing him is Axar Patel who has grabbed the opportunity with both hands. In his first two Test appearances, he picked up three five wicket hauls. The five-match T20I series against England begins on March 12.

India will play the three-match ODI series ahead of the 14th edition of Indian Premier League.