In the image, one can see that Kaif is clad in the India Legends jersey while Tendulkar is still in the process of getting ready for the match. 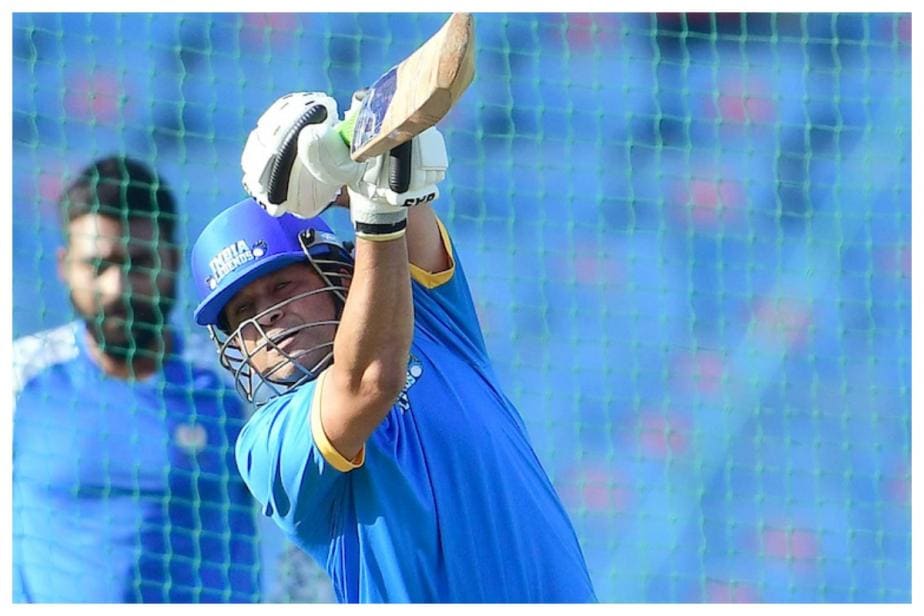 India Legends registered the win against Sri Lanka Legends by 14 runs to clinch the debut Road Safety World Series 2020-21 trophy. The match played at the Shaheed Veer Narayan Singh International Stadium, Raipur on Sunday saw some stellar performances by former Indian cricketer Yusuf Pathan, Sachin Tendulkar, Yuvraj Singh and Irfan Pathan. The Indian side had chosen to bat first and managed a score of 181 for 4. The main contributors in this score were Yusuf who scored an unbeaten 62 off 36, Yuvraj who pulled off 60 runs from 41 balls and Tendulkar who made 30 runs from 23 balls.

Yusuf was awarded the Man of the Match for his exceptional performance. The all rounderalso took the wickets of Tillakaratne Dilshan and Sanath Jayasuriya.

Since the win, the social media has been full of praises for their favourite cricketers. Cricketer Mohammad Kaif, who was a part of the India Legends team, also shared a happy photo after the win. However, the picture that has been going viral is the candid snap of him with Tendulkar. In the image, one can see that Kaif is clad in the India Legends jersey while Tendulkar is still in the process of getting ready for the match. The photograph shows the two cricketers in a playful mood. Giving a witty caption to the happy and playful post, Kaif wrote, “Straps and plasters … What a man!!!”

Another thing that can be noticed in the photo is that there is a plaster on one of Tendulkar’s knees,while the other leg can be seen strapped. Kaif, on the other hand, is posing in a way that, it seemsTendulkar has rested his leg on Kaif’s head. This pre-match photo, as expected, has garnered a lot of love from cricket fans. Many social media users have liberally dropped heart, fire, hug and heart eye emojis in the comments section.