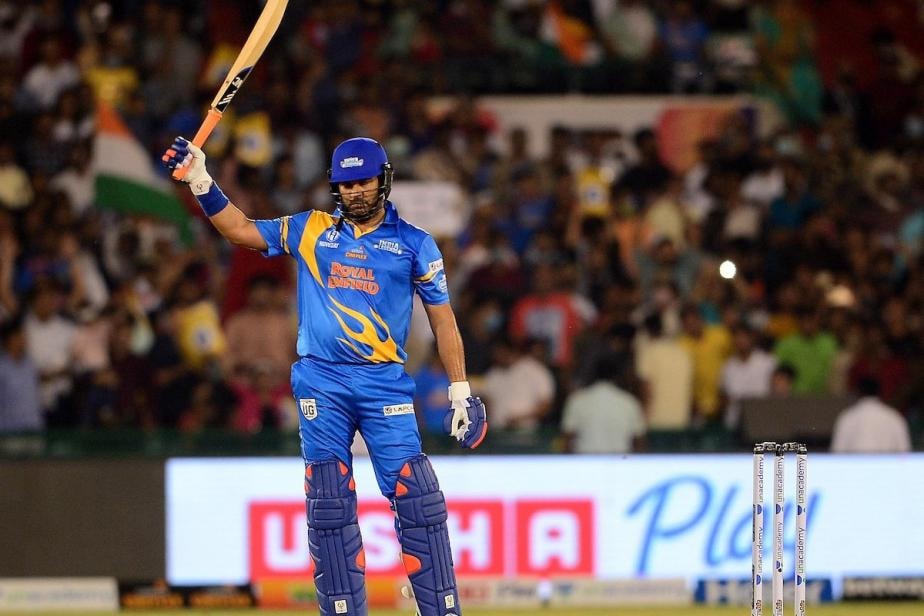 India Legends outclassed Sri Lanka Legends by 14 runs in the finals of the inaugural Road Safety World Series in Raipur on Sunday. The fixture saw Yuvraj Singh and Yusuf Pathan put up an impressive all-round performance to see off a stiff challenge from the visitors led by Tillakaratne Dilshan.

Right after their triumph, Yuvraj took to Instagram to share a picture with his India Legends teammates. He congratulated the 'youngsters'. "Well done youngsters !!! congratulations,” Singh captioned his post on the photo-video sharing platform.

The selfie post shows an exuberant India Legends team that includes the likes of skipper Sachin Tendulkar, Mohammad Kaif, Yusuf Pathan, Manpreet Gony, Irfan Pathan, Rohan Gavaskar among others. His post has garnered over seven lakh likes and tons of user comments congratulating him and the team.

Earlier in the match, batting first, India Legends posted a challenging total of 181/4. Even though they lost a couple of early wickets. Skipper Sachin Tendulkar showcased his red-hot form to slam 30 off 23 balls and stitch a 43-run partnership with Yuvtaj. Post Tendulkar’s departure, Yuvraj and Yusuf Pathan scored two quickfire fifties. While the former smashed 60 runs off 41 balls, which were peppered with four 4’s and as many sixes, Yusuf hammered an unbeaten 62 off just 36 balls laced with four 4’s and five 6’s.

In chase, Sri Lanka Legends’ Sanath Jayasuriya (43 runs off 35 balls), Chinthaka Jayasinghe (40 runs off 30 balls) and Kaushalya Weeraratne (38 runs off 15 balls) top scored for the visitors and gave the hosts a major scare towards the end. They needed 24 runs from the last over, but Munaf Patel at his vintage best leaked just two runs and restricted them to 167/7 in 20 overs to set up a comfortable victory.