RR vs SRH IPL 2020: David Warner Opens Up About Falling to Jofra Archer Yet Again

When David Warner and Jonny Bairstow fell cheaply to leave Sunrisers Hyderabad 16 for 2 chasing 155 against Rajasthan Royals, it seemed like it would be an uphill task given SRH's weak middle order 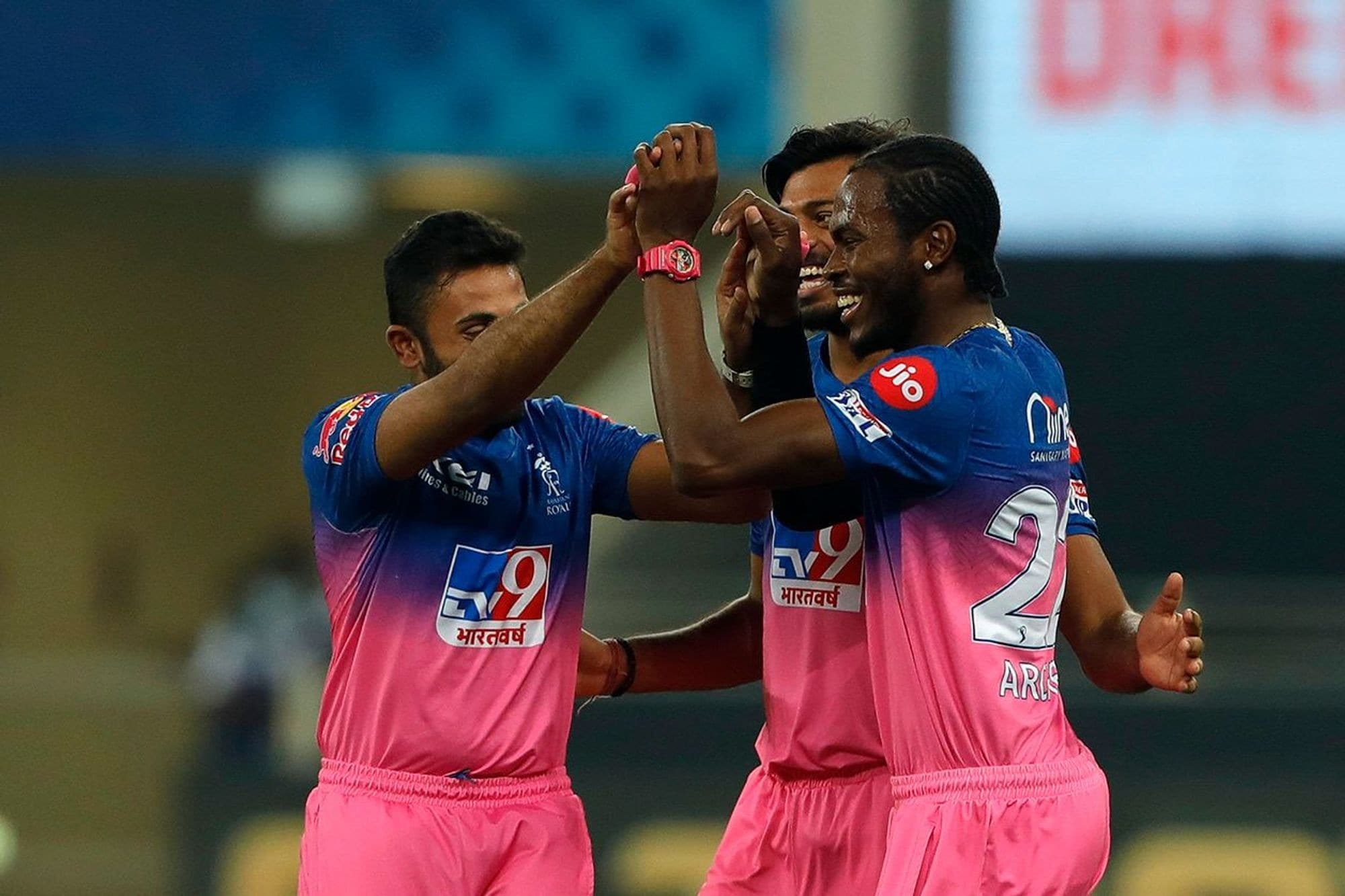 When David Warner and Jonny Bairstow fell cheaply to leave Sunrisers Hyderabad 16 for 2 chasing 155 against Rajasthan Royals, it seemed like it would be an uphill task given SRH's weak middle order. However, Manish Pandey and Vijay Shankar slammed half-centuries in an unbroken 140-run stand to take them home.

Captain Warner called it a complete game and was happy to prove people wrong about their middle order.

"I think the way we started was fantastic. We were able to bring it back after the powerplay. It's been a complete game, we have been asking for," he said.

"Good to see two guys (Pandey and Shankar) getting the reward for their hard work.

"It's good to show people that we do have a middle-order. People keep talking about it but if you see, they've hardly got a chance to bat. We haven't lost early wickets before, so they haven't got a chance. Today they showed they can build a platform and finish it,and I'm chuffed for them."

Warner himself lost a one-sided battle in the game, falling to Jofra Archer yet again. Archer has now got Warner 9 times across formats in just 109 balls.

"I was frustrated in these games, when you come against world-class bowlers," he said. "There's bit of swing and there's bit of seam and you try hard to get through it, but with someone bowling at 150ks and it's jagging, you can't do much. You are trying to get through the over. You hope it hits the middle of the bat or you get an edge over third man, but the edge goes straight to hand.

"We saw a lot of dew last night during training, and it came in again. Unfortunately Mitchell Marsh got injured but Jason adds strength to our bowling, his experience, he's an all-round package. He's a great inclusion."

Steve Smith, the RR captain, said in hindsight he would have bowled another over of Archer up front.

"We started well. Jofra taking two big wickets early but we couldn't keep the foot on the pedal. Vijay played smart innings and Manish took the game on and played really nicely," he said.

"Considered giving Archer another over. I consulted a few other boys, it was talked about but opted against it and in hindsight, after what happened, probably would've given him one more over. It was on my mind.

"The wicket got better as the game went on. It was slow and stopping in the first innings, it was one of those wickets which was quite hard to start on. We needed some more runs in the first innings. I can't put my finger on anything, there are plenty of good players and good teams. We haven't been able to pull back to back wins. We just need to keep winning and don't know how things will work for us mathematically, we have to keep winning, that's our job now."