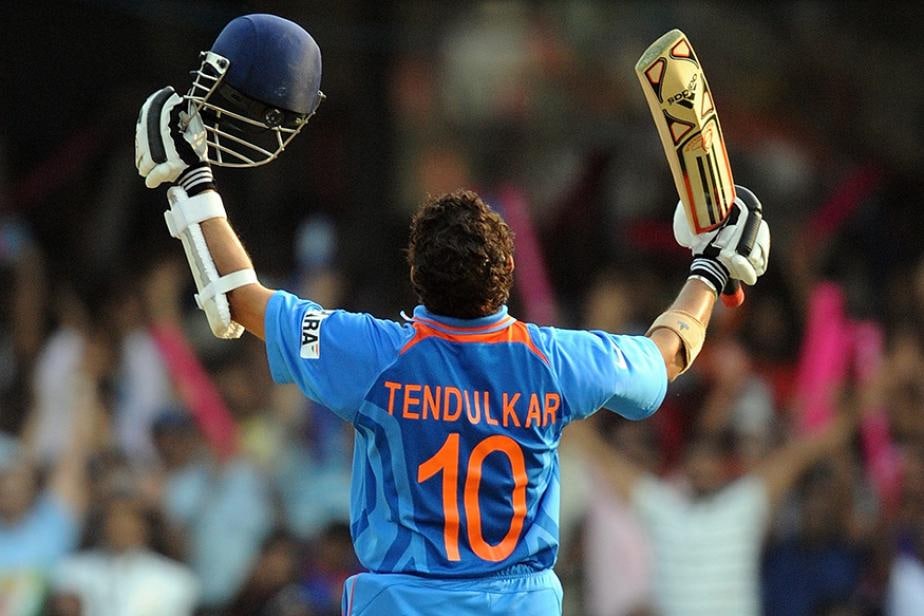 Sachin Tendulkar revealed that a phone call from West Indies batting legend Vivian Richards helped him change his mind after he thought of quitting the game in 2007.

London: Sachin Tendulkar revealed that a phone call from West Indies batting legend Vivian Richards helped him change his mind after he thought of quitting the game in 2007.

It has been well documented that Tendulkar changed his mind from quitting cricket in 2007 on the advice of his elder brother Ajit but the Indian batting maestro has not earlier spoken about Richard's role in doing that.

Tendulkar said the 2007 World Cup was possibly the worst phase of his career and the game which had shown him the best days of his life was showing him the worst days as well.

"I felt that was it. At that stage lot of things happening around Indian cricket were not at all healthy. We needed some changes and I felt if those changes did not happen then I was going to quit cricket. I was almost 90 per cent sure of quitting cricket. But my brother told me in 2011 there is World Cup final in Mumbai, can you imagine holding that beautiful trophy in your hand?" Tendulkar said during a programme.

"After that I went away to my farmhouse and that is when I got a call from Sir Viv, saying I know there is plenty of cricket left in you. We had a conversation for about 45 minutes and that was so heartwarming because when your batting hero calls you it means a lot. That was the moment things changed for me and from that moment onwards I also performed much much better," Tendulkar recalled.

Richards, who was also present in the programme, pointed to Tendulkar and said he had "always believed on this little guy".

"I have had the opportunity to play against Sunny Gavaskar, who I have always felt would be the godfather of Indian batting. Then came Sachin, then you now have Virat. But the fact which amazed me the most is how such a small guy be so powerful," Richards said.

Tendulkar also said that losing the World Cup final at the hands of Australia in 2003 was one of the biggest disappointments of his life.

"Yes there was regret... because we played so well in that tournament. Before that our batsmen were not in good space because we played in New Zealand where they prepared lively pitches. When we went to South Africa we started gaining confidence with every match. The only team that we lost to in that entire tournament was Australia.

"I felt we were charged up in the final, may be a bit too much. Sometimes when your aggression is not controlled, the result tends to go the other way then. If given a chance again we would approach that game differently," said Tendulkar.

The former India opener picked England, Australia and India as the favourites to reach the semifinals in the ongoing World Cup in United Kingdom.

Talking about India vs Pakistan match on June 16, Tendulkar said: "India are in a better space to win that game".

Fast bowling legend Wasim Akram said Pakistani players tried to sledge Tendulkar but realised later that he would not react.

"Akhtar tried, Waqar tried. Some guys would get upset but Sachin would get more motivated. I remember when India were about to come to Pakistan, we heard about a young sensation coming from India. And we thought how could a 16-year-old boy playing Test cricket be so good.

"But he did not react to provocation from our pacers. Top batsmen do not react. I would get very annoyed when people smiled back. On that tour, Pakistan got to know who Sachin Tendulkar was. We realised this guy was something special," said Akram.