CSK fans showed support for their beloved franchise despite the tough season and leading the way was CSK's first lady herself Sakshi Dhoni who penned an emotional poem on social media for the team. 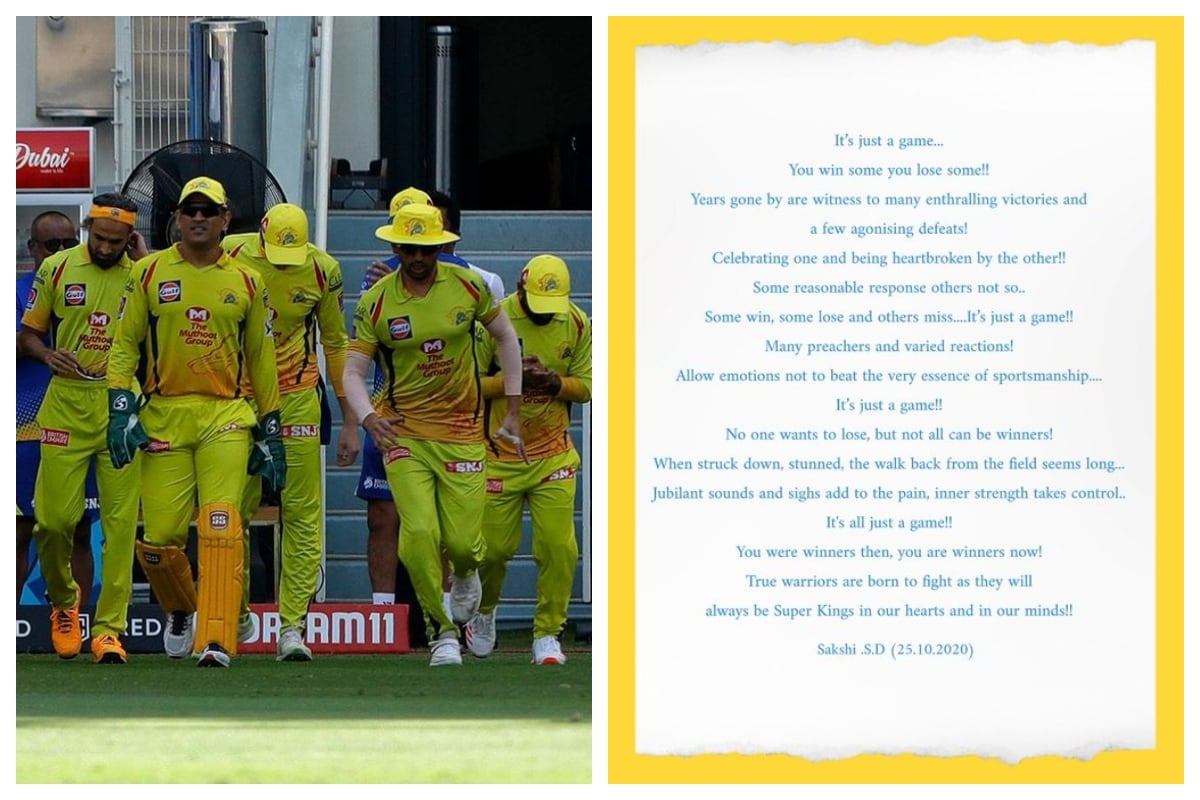 Chennai Super Kings won their game against Royal Challengers Bangalore in the first match of Super Sunday, but Rajasthan Royals' successful chase against Mumbai Indians later in the day ensured that CSK's mathematical chance of making it to the playoff was taken away, making this the first season in which Chennai won't be the in the playoffs. After enduring a horror IPL 2020 so far, CSK seemed to be back on track with youngster Ruturaj Gaikwad showing spark with a fluent maiden IPL half-century to steer CSK to victory in a tricky chase, but eventually, it has proved little in the larger context of the tournament.

CSK fans showed support for their beloved franchise despite the tough season and leading the way was CSK's first lady herself Sakshi Dhoni who penned an emotional poem on social media for the team.

In the post, Sakshi emphasises that it's just a game after and you win some and lose some but CSK were winners then and are winners now.

We know ma'am... And we respect all... When we r hurt on that level then we should think how players are gonna handle it. They r playing and giving their 100% after that when they lose it hurts no one wanna be on losing side.. where other is trolling them and watching from home

So beautifully U hv penned it down. No matter what Csk was, is nd will always be a champion nd consistent team. Nd my love Dhoni will always be d ruler of our hearts

Aapna mahi aayga.. Dhoni is best player and captain or wiket kipar in the world and Dhoni is most popular person in the world and we all with always you Dhoni sir king is always king jersey number 7forever mahi sir... Dinesh Prajapat pic.twitter.com/PJL0vBZn3E