Back to News18
Home » Cricket Home » News » Scotland vs England, One-off ODI in Edinburgh, Highlights: As it Happened

Scotland vs England, One-off ODI in Edinburgh, Highlights: As it Happened

Catch all the live action from the one-off ODI between England and Scotland through our live commentary. 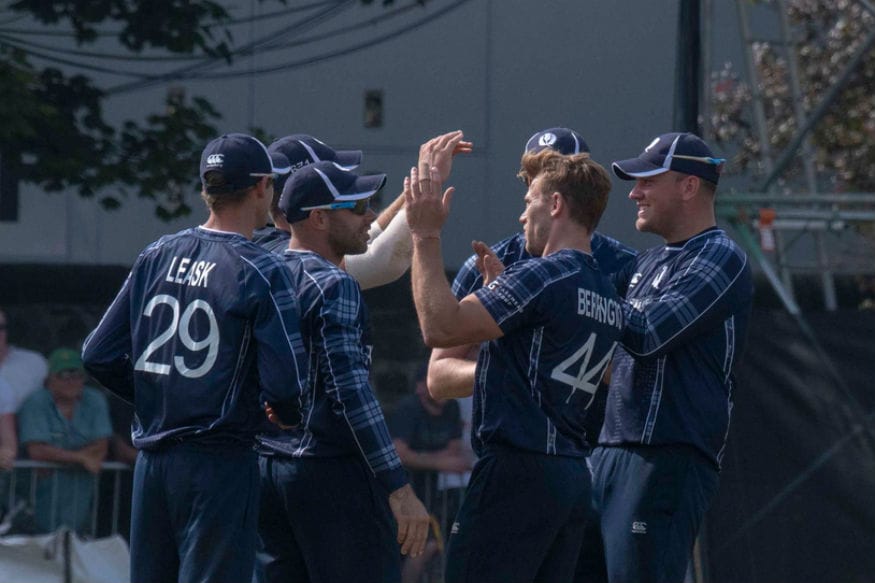 PREVIEW: England's limited-overs captain Eoin Morgan has promised to take nothing for granted when his side begin their white-ball season away to Scotland on Sunday. Morgan's men continue their build-up to next year's World Cup, which will be on home soil, with a one-day international against the Scots in Edinburgh on Sunday. Scotland won't be at the showpiece tournament after agonisingly missing out in this year's World Cup qualifiers.

But the non-Test nation have shown they had the potential to embarrass the sport's elite and Morgan was in respectful mood ahead of England's first match against Scotland in three years. "It should be a really good game," Morgan, whose England side are top of the ODI rankings, told reporters in Edinburgh on Saturday. We haven't played Scotland for quite a while. "We watched them play in the qualifying tournament for the 50-over World Cup next year, which was an extremely competitive tournament and I don't think there was a lot between the teams, so qualifying was difficult.

"It gives Scotland a lot more exposure and the days of not knowing who you are going to play against are gone. They are an extremely competitive side and we are looking forward to it," he added. After the Scotland match, England are at home to world champions Australia in a five-match one-day series. But as Australia completed their preparations for that contest with a one-day match against Middlesex -- Morgan's county -- at Lord's on Saturday, the England skipper was adamant he would treat Scotland just like any other international team.

"Gone are the days when there are any potential banana skins or anything like that," the former Ireland batsman said. Cricket is moving forward at a fast rate and every team is moving forward with you, so I'd expect it to be very competitive."

England will face Scotland without injured all-rounders Ben Stokes and Chris Woakes or wicket-keeper/batsman Jos Buttler who is being rested. Sam Billings is set to take over behind the stumps, even though Test keeper Jonny Bairstow is in England's ODI squad. Alex Hales is in line to return to the side in place of Stokes and bat at number three Morgan, who returned from injury with a hundred for Middlesex this week, said of Hales: "He batted well at three for us in Australia and he came in the deciding game in Christchurch in New Zealand when Jason (Roy) went down and did exceptionally well.

"There is a huge competition for places and we are very lucky." Turning to Billings, he added: "I think the batting decision is always difficult and we are spoilt with three keepers and they are all unbelievable batsmen. Jonny has been in great form, Jos is world class and Sam is trying to get into the side. It is a good opportunity for Sam, he has been away at the IPL and the Big Bash and done very well and progressed his cricket."