It was on this day in 2013 when Sachin Tendulkar brought an end to his illustrious 24-year journey in international cricket. 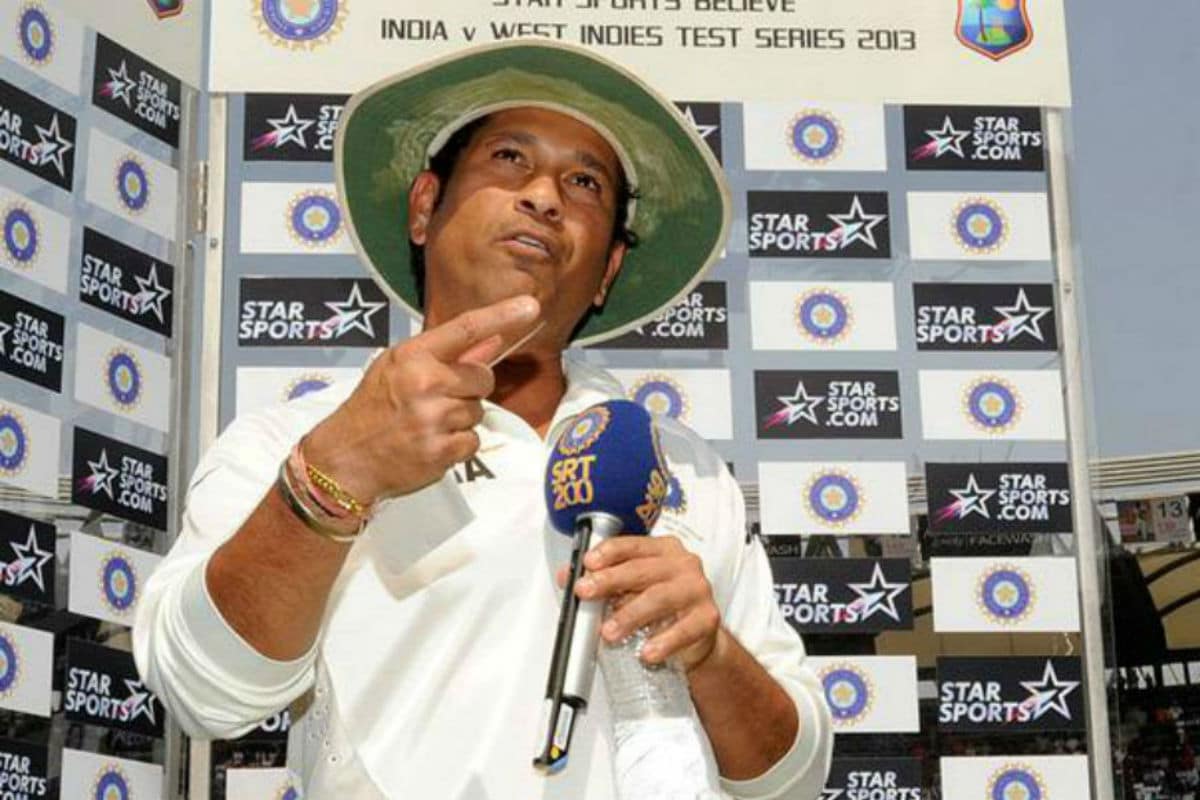 It was on this day in 2013 when Sachin Tendulkar brought an end to his illustrious 24-year journey in international cricket during which he featured in 200 Tests, 463 ODIs and one T20I. Tendulkar, who made his debut as a 16-year-old in 1989, played his last international game against West Indies at the iconic Wankhede Stadium, a Test match which India won by an innings and 126 runs inside three days. The 'Master Blaster' managed 74 runs before he became the priced scalp of Narsingh Deonarine in the first innings.

In honour of his final innings in international cricket, cricket fans on social media shared their memories of the day they got to see the Little Master bat for one final occasion on social media with the hashtag "#ThankYouSachin". Check out some of the best reactions below:

Thank you for Inspiring us... You may have retired from Cricket but not from my ❤️... Cricke_ is incomplete without Tendulkar #ThankYouSachin pic.twitter.com/FebGoNy0hK

Most of the 2010 kids might not understand what Sachin is to cricket and our nation and I really don't care about them. To me Sachin is larger than Cricket. If I have ever cried for someone other than my family then it was for @sachin_rt ❤️#ThankYouSachin #Cricket #Sachin pic.twitter.com/vsf0DXece9

Beginning of an End#OnThisDay in 2013, Sachin Tendulkar came out to bat for the last time for India. He remained not out on 38 at the end of Day 1 in the 2nd test against West Indies at Wankhede, Mumbai.#ThankYouSachin(This pic was selected as MCC Cricket Photograph of Year) pic.twitter.com/5wk2DNlABQ

On this Day in 2013, Master Blaster @sachin_rt played his final innings in International Cricket. He carried Our Indian Cricket Pride for 24 Years. Thank You Sir For everything what you have given & done for Indian Cricket 🙏🙏#ThankYouSachin pic.twitter.com/R1eViBsbf5

After the match, he made a moving speech which left cricketing fans all over the globe with tears in their eyes.

"My life, between 22 yards for 24 years, it is hard to believe that that journey has come to an end. I want to thank you from the bottom of my heart, and also say that time has flown by rather quickly, but the memories you have left with me will always be with me forever and ever. Especially "Sachin, Sachin" which will reverberate in my ears till I stop breathing," he said.

In his stellar career, Tendulkar scored 100 centuries across Tests and ODIs -- a record which still remains unbroken. In 463 ODIs, Tendulkar scored 18,426 runs including 49 tons and in Tests, he has 15,921 runs to his name, including 51 centuries. In his lone T20I appearance which came against South Africa in 2006, he scored 10 runs.