ICC Chairman Shashank Manohar has stepped down from the post after two, two-year tenures at its helm, the International Cricket Council has announced. 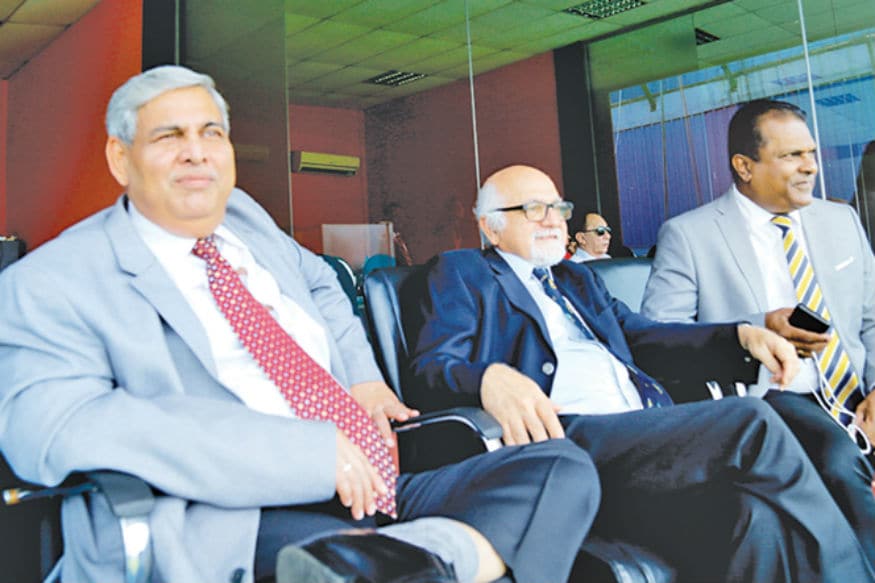 ICC Chairman Shashank Manohar has stepped down from the post after two, two-year tenures at its helm, the International Cricket Council has announced.

In a media release, the sport's governing body said that the ICC Board met on Wednesday and agreed that Deputy Chairman Imran Khwaja will assume the responsibilities of the chairperson until a successor is elected.

The process for the chairperson election is expected to be approved by the ICC Board within the next week.

"On behalf of the ICC Board and staff and the whole cricket family, I would like to thank Shashank for his leadership and everything he has done for the sport as ICC Chairman. We wish him and his family all the very best for the future," ICC Chief Executive Manu Sawhney said.

"Everyone on the ICC Board extends their wholehearted thanks to Shashank for the commitment he has shown to our sport. There is no doubt that cricket owes Shashank a debt of gratitude for all he has done for the sport. He has left cricket and the ICC in a better place than he found it," Khawaja said.

The BCCI did not have a smooth relationship with Manohar. In fact the Indian board had accused Manohar of deliberately causing confusion over the status of the T20 World Cup.

The ICC had decided to wait another month before taking a call on the event after a board meeting held earlier this month.

The cash-rich Indian board believes delaying a call on the matter will interrupt preparations for the IPL.

"Why is the outgoing ICC chairman (Manohar) creating confusion? If the host cricket board doesn't want to conduct T20 World Cup, why will it take a month to announce the decision? Is he trying to hold BCCI to ransom?" a senior BCCI official told PTI.

"It's just not about the BCCI or the IPL. If ICC announces the postponement during this month, even those member nations whose players are not a part of IPL can plan their bilateral series in that window. The delay in decision-making will hurt everybody."