Mahinder Pal Singh on Tuesday became one of the very few Sikh cricketers to play in Pakistan's domestic competitions as he turned out for Candyland team in a Patrons Trophy Grade-2 tournament. 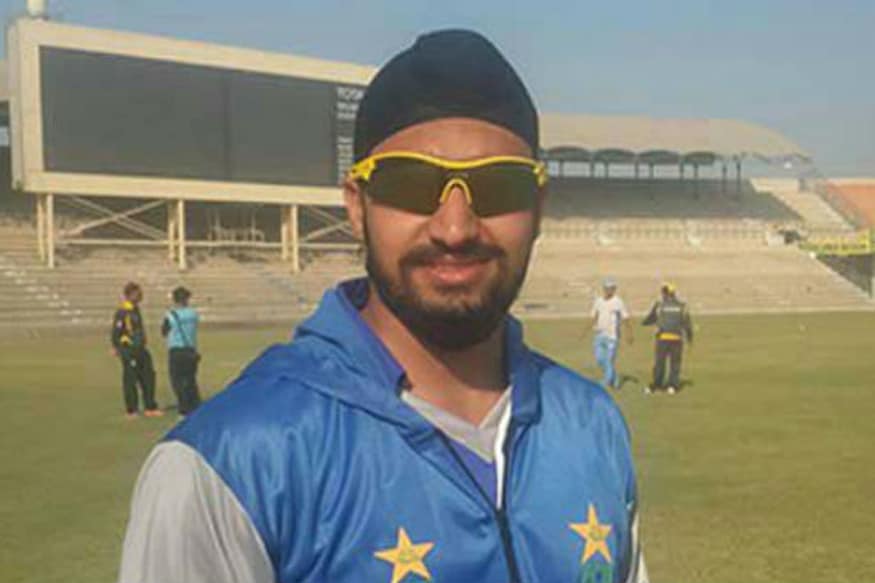 Karachi: Mahinder Pal Singh on Tuesday became one of the very few Sikh cricketers to play in Pakistan's domestic competitions as he turned out for Candyland team in a Patrons Trophy Grade-2 tournament.

Mahinder is perhaps the first Sikh to play domestic cricket in Pakistan although unverified information suggests that another Sikh cricketer, Gulab Singh did appear in two or three grade-2 matches some years ago and then disappeared.

"I am so excited to get this opportunity to play the Patrons Trophy Grade-2 competition. I took two wickets in the first innings but unfortunately had a groin strain so could not bowl in the second innings," Mahinder told PTI.

Mahinder, 21, said he felt out of the world when he first got a call from the Candyland manager Basalat Mirza to play in the competition.

"I had appeared in a talent hunt programmes of Candyland in 2015 and they remembered me," he said.

Mahinder belongs to the tiny 20,000 strong Sikh community in Pakistan. He belongs to Nankana Sahib, the birthplace of the founder of Sikhism, Guru Nanak and some 100 kilometres west of Lahore.

Meet, Mahinder Pal Singh who's been called up for a camp for emerging fast bowlers & batsmen under the supervision of NCA coaches #Cricket pic.twitter.com/hu7kUkyjLK

He first hit the headlines when he was picked as a promising medium pacer for an emerging players camp organised at the PCB High Performance centre in Multan last November.

"My father, Harjeet Singh who is a doctor, has supported me a lot specially after last year I was in the headlines for becoming the first Sikh to be selected for the PCB camp. He is now very proud of me having made it to the domestic competitions," Mahinder said.

The Patrons Trophy Grade-2 tournament this year is a tough competition as the winner will qualify for the Quaid-e-Azam first class competition. This year, some of the top first class teams like Port Qasim Authority, ZTBL and State Bank are participating in it having been relegated from the premier tournament.

"I will learn a lot after playing against such top teams and players. Hopefully I will become a much better player. I already feel the expectations of becoming the first from my community to reach this level of competition," Mahinder said.

"It was a proud moment for me to be selected for the PCB camp but to be playing domestic cricket is the ultimate dream come true," he recalled.

The eldest among five siblings, Mahinder said his aim was to play first class cricket and in Pakistan Super League T20.

"The PSL is such a big platform for youngsters and I hope to be among the emerging players list in the next PSL and get noticed," he said.

Mahinder is a student of pharmacy in Punjab University, but conceded that in the last few months he has given more time to cricket.

His father, an ardent cricket lover and a fast bowler, migrated with his family from Mardan district in Khyber Agency to Nankana Sahib about 15 years ago.

"My father wanted to play competitive cricket but could not do so because he had to take care of the family and set up a business in Nankana Sahib. But he has now passed on his dream to me."

To date only seven non-Muslims have played for Pakistan, among them five Christians and two Hindus.