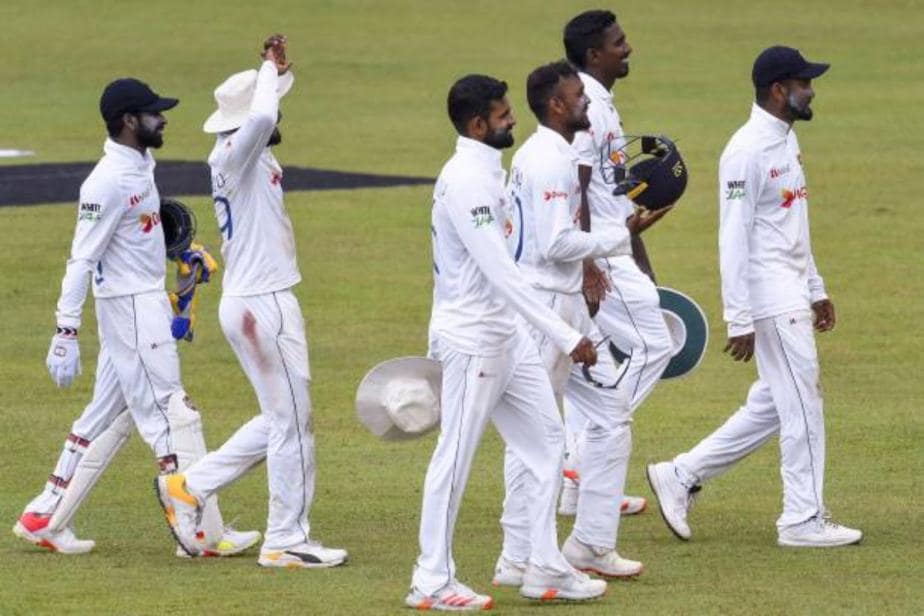 Sri Lanka captain Dimuth Karunaratne led his side’s bid to match Bangladesh’s mammoth score on a third day of batting domination in the first Test between the two nations on Friday.

Karunaratne built an unbeaten 85 as Sri Lanka moved to 229 for three at the close, still needing 112 to avoid the follow-on after Bangladesh declared at 541 for seven earlier in the day.

Karunaratne and Lahiru Thirimanne put on 114 for the first wicket but Thirimanne was dismissed on the last ball before tea for 58. And in the final session, Bangladesh also claimed the wickets of Oshada Fernando (20) and Angelo Mathews (25).

Thirimanne, having been brought back into the Test side in January in South Africa, was given out leg before wicket to Mehidy Hasan, a decision he unsuccessfully reviewed.

ALSO READ: IPL 2021: A Breath Taking Follow Up Kept KKR Hopes High, but In The End It Was a CSK Show

“I was looking to get a big one today,” Thirimanne said. “Disappointed to get out after getting a start. I had got four fifties but was unable to convert any of them into hundreds. That’s something that I need to work on.”

Thirimanne said his “good year” was a result of working with coaches to change his batting technique. “I am glad it is paying off.”

Karunaratne and Fernando added 43 runs for the second wicket before Fernando was caught down the leg-side by wicketkeeper Liton Das off Taskin Ahmed.

Mathews, who missed the recent West Indies tour, raced to 25 with four boundaries before being bowled by Taijul Islam.

Dhananjaya de Silva then joined Karunaratne and they had added 39 by the close.

Bangladesh’s bowlers were as frustrated as their Sri Lankan counterparts in the first two days. “You need to be disciplined and then you will get rewarded. It is a slow wicket and we need to be patient,” Taijul said.

Bangladesh’s total was the highest made at Pallekele, built on hundreds from Najmul Shanto (163) and Mominul Haque (127) as well as Tamim Iqbal’s 90.

Fast bowler Lahiru Kumara did not take part in day three because of a hamstring injury and is likely to miss at least the rest of the Test.

The two-test series is being played in an empty stadium in Pallekele because of the coronavirus pandemic.