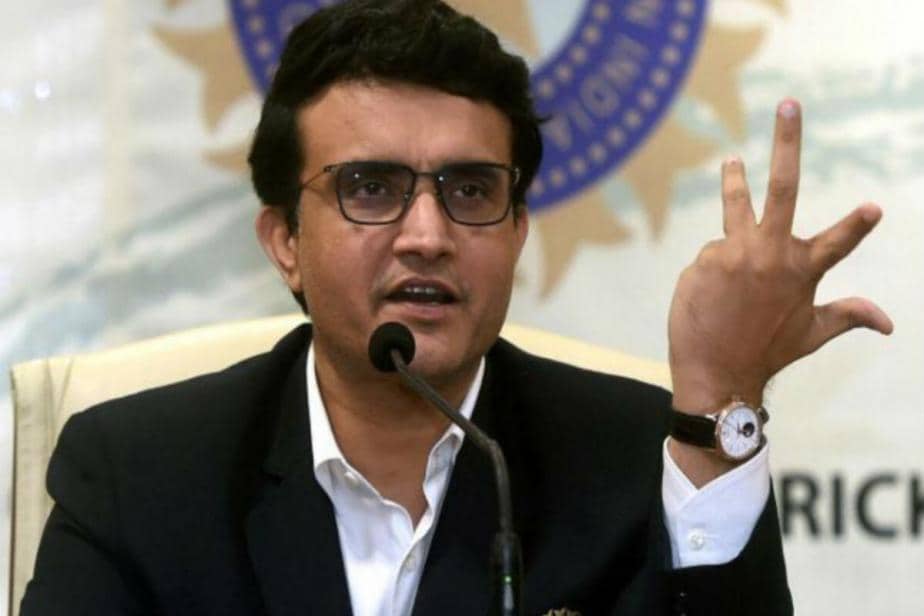 The BCCI Apex Council has decided that only the national championship for the Ranji Trophy, and maybe a senior women's tournament, would be organised from January, provided the government allows sporting activities to start.

The Sourav Ganguly-headed dispensation, a combination of four groups within the Board of Control for Cricket in India (BCCI), completed one year in power on Friday. But except for the conduct of the Indian Premier League (IPL), they don't have many achievements to show, thanks to Covid pandemic that ate up seven of their 12 months.

All the BCCI office-bearers were elected unanimously after four groups -- widely identified to be led by Ganguly/north-east, Anurag Thakur, Rajeev Shukla, and former president N Srinivasan -- joined hands to avoid elections after a Supreme Court-appointed Committee of Administrators (CoA) administered the BCCI for 33 months following the 2013 betting-fixing scandal.

Since none of the office-bearers had any experience of running the BCCI, they took time to settle down. Even as they were doing so, the Covid pandemic shut everything down in late March. The officials' hands were tied as the country was under lockdown and even now cricket has barely begun.

And, now, there is a huge question mark over the 2020-21 domestic season, which has been delayed and could begin in January, Covid permitting. The BCCI Apex Council has decided that only the national championship for the Ranji Trophy, and maybe a senior women's tournament, would be organised from January, provided the government allows sporting activities to start.

"The office-bearers were all new to the BCCI. To be honest, they didn't get much time to perform. They hardly got time to settle down as the pandemic closed everything, including sporting activities. Their priority was to save the IPL, which they have done, and the brand continues and revenues are coming,"

"But they could not do many other activities, like organising domestic cricket, due to the pandemic. Also, since a former India captain and cricketer was heading the BCCI we were expecting he would bring in new format for domestic tournament with a new mindset. A cricketer -- and who had vast experience, a broad outlook," he said.

How many marks out of 100 would the Ganguly-led dispensation would get for work done in office in a year? "No marks can be given because there was no exam; I mean they were not tested. Had they got a full year to work, marks could have be given," said an official.

On the other hand, the north-east states that joined the BCCI in 2018-19 are disappointed as the BCCI hasn't released their funds. These include Meghalaya, Manipur, Mizoram, Sikkim, Nagaland, and Arunachal Pradesh.

"The team of CoA was more effective. But even they took time to study the situation post the betting sandal -- almost seven-eight months -- and settle down. And, in the five months before Corona that the present BCCI dispensation was in power we didn't see much action. So, we can't compare the two dispensations - CoA and the present one. It would be unjustified. And if Corona had not happened maybe this team would have done a better job. You've to give them the benefit of doubt," said an official of a north-east.

The north-east states say the BCCI needs to address the issue of their annual grants immediately.

"In 2018-19, the CoA paid directly to the vendors, like hotels and transporters etc, involved in organising tournaments. All the states affiliated to the BCCI were to be given Rs 30 crore each for 2018-19 and 2019-20. But this amount has not been given to north-east states. The BCCI should deduct the amount paid directly to the vendors, and give the rest of the amount to us that would be used for development of cricket," the official said.

"Last year, the BCCI gave Rs 10.80 crore each, for a season, to each of the new states that had complied with the Lodha Committee's recommendations. But we actually spent between Rs 11 crore and Rs 12 crore on organising tournaments, and we need the rest of the amount to develop cricket. Since no accounting has been done for years 2018-19 and 2019-20, we haven't received the rest of the amount. If we don't get that money, how will we compete with the older BCCI member states? This needs to be addressed immediately, otherwise we will remain backward," he said.