Tainted Indian cricketer S Sreesanth was involved in an ugly twitter war of words with former opener Aakash Chopra after the latter expressed his views on the pacer's return to the game. 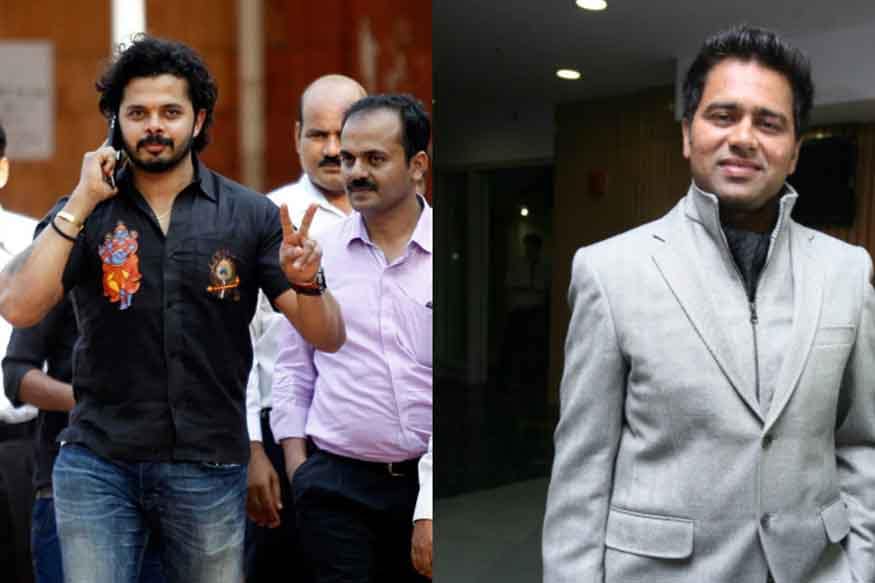 New Delhi: Tainted Indian cricketer S Sreesanth was involved in an ugly twitter war of words with former opener Aakash Chopra after the latter expressed his views on the pacer's return to the game.

Chopra had said that Sreesath, who was accused of spot-fixing in IPL but was later cleared by a Delhi court, should not be given a chance to return to cricket to which the pacer replied by calling him two-faced.

It all started when a fan asked Chopra whether Sreesanth should be allowed to make comeback into the Indian squad, to which the commentator replied with a straightforward 'NO'.

I'm a bit of a hardliner when it comes to match-spot fixing...for expunging records and setting precedents. But that's my opinion. 🙏 https://t.co/X8OXh4KNSr

Sreesanth didn't like the answer and called the former Test opener 'two-faced', allegedly referring to his comments about the return of Mohammad Amir.

@cricketaakash how can u be so 2 faced?? Bro?? Ashamed to even call u that ..really sad to know (what have u replied?? Really..I will play pic.twitter.com/r4Ervw5sox

Not two-faced. That's my opinion and I stand by it. Never told anyone anything else. I would have the same opinion for my own brother. https://t.co/gGSLqXbZui

"I hope ur comments about desh drohi.....etc,also includes the other 13 people who was charged Nd the unopened envelope..," roared Sreesanth, who is known for his aggressive style.

@cricketaakash I hope ur comments about desh drohi.....etc,also includes the other 13 people who was charged Nd the unopened envelope..

I didn't use the word 'desh drohi' but yes, my opinion on this issue isn't subjective. One rule for everyone. https://t.co/kooirNK4UE

Sreesanth's rise to the game was meteoric and he was considered to be one of the masters of swing bowling in his prime. The Kerala pacer was also an integral part of the Indian team that lifted the 2007 World T20 and 2011 World Cup.

But Sreesanth's career took a downwards spiral when he was arrested during the 2013 IPL along with Rajasthan Royals teammates Ajit Chandila and Ankeet Chavan for allegedly being involved in spot-fixing, although he was later let-off by a Delhi court.

Recently, the pacer was supposed to take part in the Scotland Cricket league, only to be denied by the BCCI.

The last time he was in the news was when he contested the May 2016 Kerala Assembly elections on a Bharatiya Janata Party (BJP) ticket from the prestigious Thiruvananthapuram seat and finished third.