Sri Lanka skipper Dinesh Chandimal was at the forefront of Sri Lanka's six-wicket loss to England as he threw his wicket away in circumstances where a solid knock would have been appreciated by his team management. 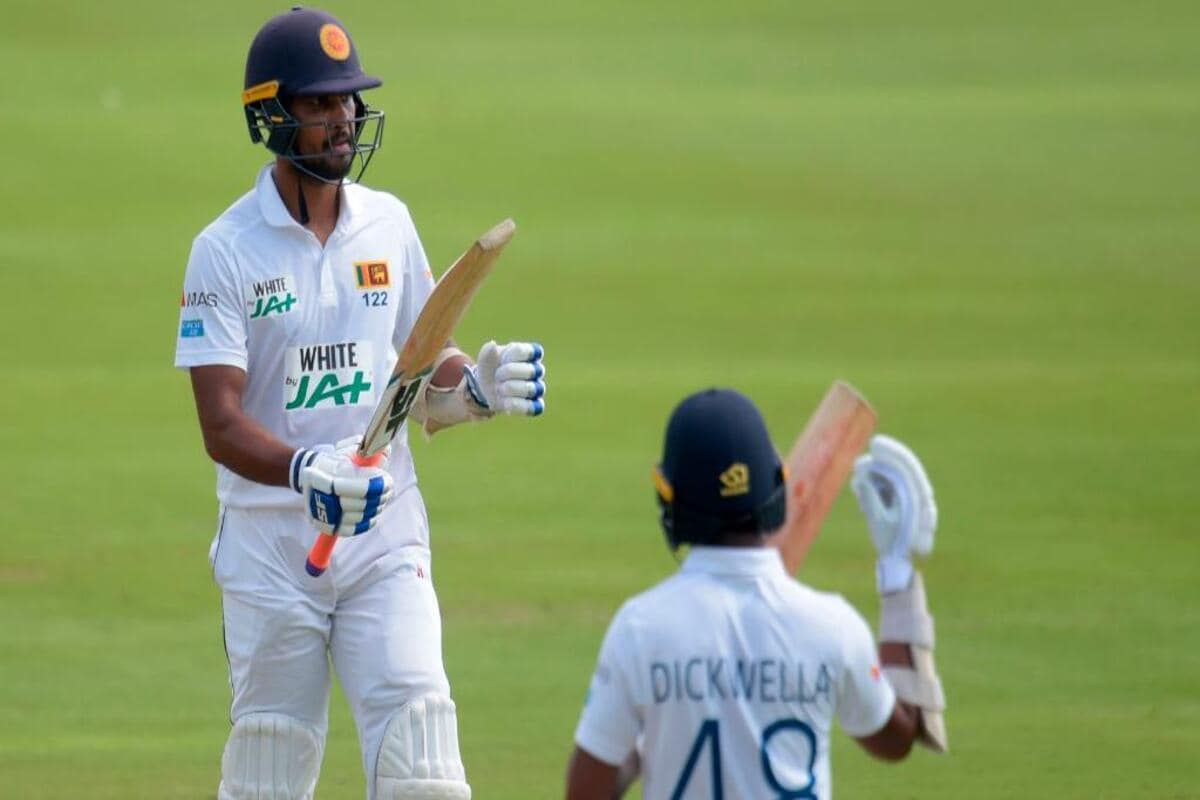 Sri Lanka skipper Dinesh Chandimal was at the forefront of Sri Lanka's six-wicket loss to England as he threw his wicket away in circumstances where a solid knock would have been appreciated by his team management. But here's the kicker. It all happened moments after England batsman Jonny Bairstow sledged the Lankan skipper where the Englishmen said: "Come'on Chandi, Throw your wicket away."

Well, Chandimal did oblige as he stepped out and miscued spinner Jack Leach only to be caught at mid on by Jimmy Anderson. Sri Lanka eventually lost the game by six wickets and were clean swept 2-0 in the Test series.

England's six-wicket win in the second Test against Sri Lanka in Galle was their fifth consecutive win overseas -- a first in 107 years. The last time they won five-plus Tests was between 1911 and 1914. England beat Sri Lanka in two Tests and before that they won three Tests against South Africa in early 2020. They beat South Africa by 189 runs in Cape Town, by innings and 53 runs in Port Elizabeth, and 191 runs in Johannesburg. England won the first Test against Sri Lanka by seven wickets and the second Test by six wickets.

The last time they did it was 107 years ago when they won seven consecutive games abroad --- three in South Africa and four in Australia between the December 1911 and January 1914.

"It's progress. Definitely progress. As I mentioned before this game, we have in the past struggled in away conditions. For us to be able to turn that around, find ways of consistently taking 20 wickets is really impressive. It shows the skill levels of our bowlers and the plans that we are putting in place are working," said England captain Joe Root on Monday.

"We have got to keep continuing to strive to do that. Similarly, we are now more consistently banging out the template that we talk about all the time. The more consistent we can get with that, the more success we will have. It is pretty simple in many respects. The guys know there is so much further this group can go. We have just got to stay hungry. We have just got to keep looking to get better," Root added.