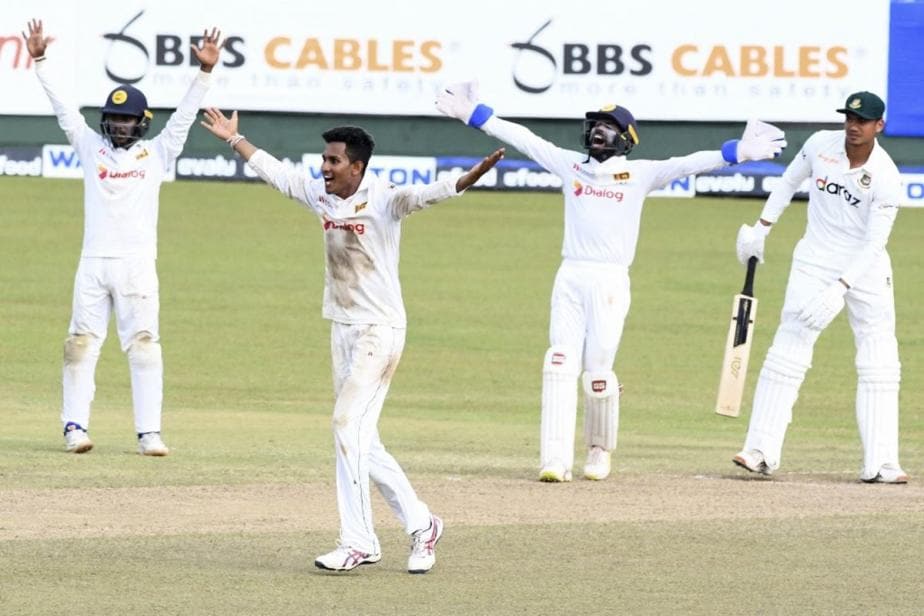 Sri Lanka, who declared earlier on 493 for seven, did not enforce the follow on

Sri Lanka left-arm spinner Praveen Jayawickrama took six wickets on his debut to dismiss Bangladesh for 251 and put the hosts in a strong position on day three of the second Test on Saturday.

Jayawickrama, a replacement for the injured Lasith Embuldeniya, has had a modest record in first-class cricket but impressed at Pallekele with his six wickets for 92 to give Sri Lanka a healthy 242-run first-innings lead.

He was backed by off-spinner Ramesh Mendis who took two wickets.

Sri Lanka took the new ball soon after it was available and Suranga Lakmal polished off the tail taking the last two wickets in successive overs.

Sri Lanka, who declared earlier on 493 for seven, did not enforce the follow on and were 17 for two. The first Test in the two-match series was a draw.