Steve Waugh Captures India's Passion For Cricket Through His Lens 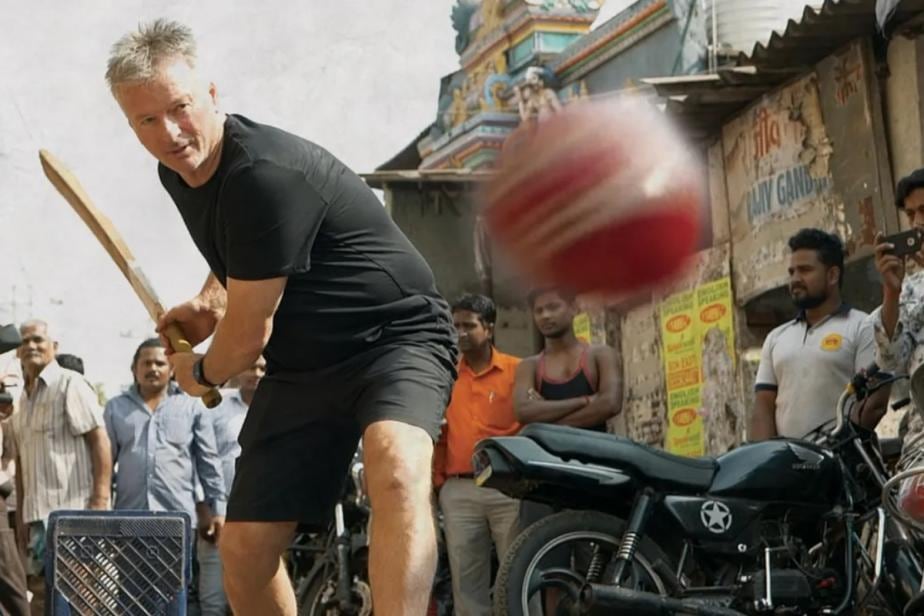 Steve Waugh tries to capture India in his documentary as he digs for stories to given an outsider a perspective of how deeply cricket is rooted in Indian culture.

Streaming on: Discovery+ and EuroSport

Steve Waugh has had a long relationship with India. It began when he made his debut as a batting prodigy in December 1985, Melbourne, that saw newspapers in Australia branding him as the new Don Bradman. Little would he have imagined back then how deep his association with that opponent is going to be.

Waugh, one of the greatest minds cricket has seen, famously called India as his all-conquering team’s final frontier. A place where no other captain before him since 1969 had been able to win a Test series. He came close but ultimately returned empty-handed. He would later play his final match against the same opponent in Sydney drawing curtains on a career that cemented his place among the greatest of the games both as a player and more importantly, as a leader.

While he was plotting Australia’s dominance, Waugh was simultaneously falling in love with Indian culture which, initially, shocked him and bombarded his senses when he first landed in the country. He had made his first impressions of the country during a time when touring teams weren’t advised to venture out and instead kept themselves occupied with cricket, hotel, cafes and swimming pools.

But it wasn’t long before Waugh would break through the virtual barriers and start witnessing firsthand, the maddening love of a country for cricket and how it acts as a great unifier.

Capturing Cricket: Steve Waugh in India is a result of the former Aussie captain’s other passion: photography. 16 years after he retired from professional cricket, Waugh made his journey to India with an aim to capture images for a book of photographs. In addition, the crew accompanying him on the tour helped produce the hour-long documentary.

In a nutshell, the fast-paced film takes us from the Mumbai’s maidans to Dharamsala’s Buddhists monks and even into the abode of Maharajah of Vadodara where he played a quick game of tennis ball cricket. The thread between the various pit stops, expectedly is cricket.

Narrated by famous cricket commentator Harsha Bhogle, currently streaming on Discovery Plus, the film follows Waugh and his crew comprising award-winning photographer Trent Parke and friend Jason Brookes as they hopped from once city to another including Mumbai, Delhi, Kolkata, Bengaluru, Vadodara, Dharamshala, Jodhpur, Agra and Mathura.

Their purpose? To find stories that will give them, and in turn the world, a different insight into what cricket means to India. Waugh, when he visits the famous Shivaji Park in Mumbai, is dumbfounded when he sees multiple matches being held simultaneously and how chaotic it appears to an observer making you wonder how is anyone able to track anything.

One of the finest moments of the documentary are when Waugh visits a blind cricket match and is then blindfolded before himself padding up. Watch how he struggles to connect with the ball as he develops a deeper respect for the way the visually challenged have made the game their own.

There are famous names who make appearances. Sachin Tendulkar describes Waugh as competitive and methodical and together they visit Vasant Raiji, the then oldest former first-class cricketer in India to celebrate his 100th birthday.

Then there is Rahul Dravid who, makes sharp observations, avoiding the usual clichés that invariably find their way into the narration linking cricket with religion and how presents millions of Indians with a great opportunity. Dravid while admits cricket has grown exponentially and is now even more accessible but the chances are still fairly low for an individual to touch the dizzying heights mostly because of the competition.

Amidst this, we are shown a glimpse of the depth of cricketing talent India boasts of when introduced to eight-year-old Shayan Jamal from Delhi who is sure to leave you open-mouthed with his impeccable technique.

The impact of social media in bringing out the talent from the deeper, unexplored and non-glamorous regions has also been touched upon. Enter a three-year-old batting prodigy who manages to cut through stoic Waugh, bringing out a different side of him to the viewers.

Throughout his travels, Waugh is tempted to pick up the bat on several occasions and have a go right from the lanes of Dharavi into the lavish Lakshmi Vilas Palace and up at Dharamshala with the majestic Himalayas in the background.

While there’s only as much one can pack in 60 minutes but it’s a commendable effort in giving an outsider a view into how cricket binds India, a country where as the famous saying goes Kos-kos par badle paani, chaar kos par baani (The language changes every few kilometres like the taste of water).

Capturing Cricket: Steve Waugh in India will broadcast on Eurosport on 5th June 2021