Suryakumar Yadav through his Twitter profile apparently liked a tweet featuring a meme on Virat Kohli. The meme also calls Kohli a paper captain indirectly. Yadav quickly un-liked the post but screenshots of his profile page made its way to Twitter Suryakumar Yadav made headlines for all the right reasons after yet another strong showing in IPL 2020, proving to be Mumbai Indians' batting mainstay in the team's victorious campaign in Dubai. He finished the season with 480 runs in 16 matches and despite displaying good form with the bat in the domestic season as well as in the IPL, Yadav failed to make it to the national squad for the tour of Australia. Also, Yadav was on the wrong side of the headlines as well when his staredown - rather the lack of it - with Indian skipper Virat Kohli became the talk of the town when MI faced RCB days after the squad was announced. Fans rallied behind Yadav and trolled Kohli at that time. Now, with the IPL over, one would think the concentration moves to the squad in Australia. But, hawk-eyed social media users wait for a slip up from cricketers and pounce on the opportunity in no time and Yadav seems to have provided them with that.

On 16 November, Yadav through his Twitter profile apparently liked a tweet featuring a meme on Virat Kohli. The meme also calls Kohli a paper captain indirectly. Yadav quickly un-liked the post but screenshots of his profile page made its way to Twitter and the image soon went viral. Virat Kohli fans were not amused and started to troll Suryakumar Yadav. 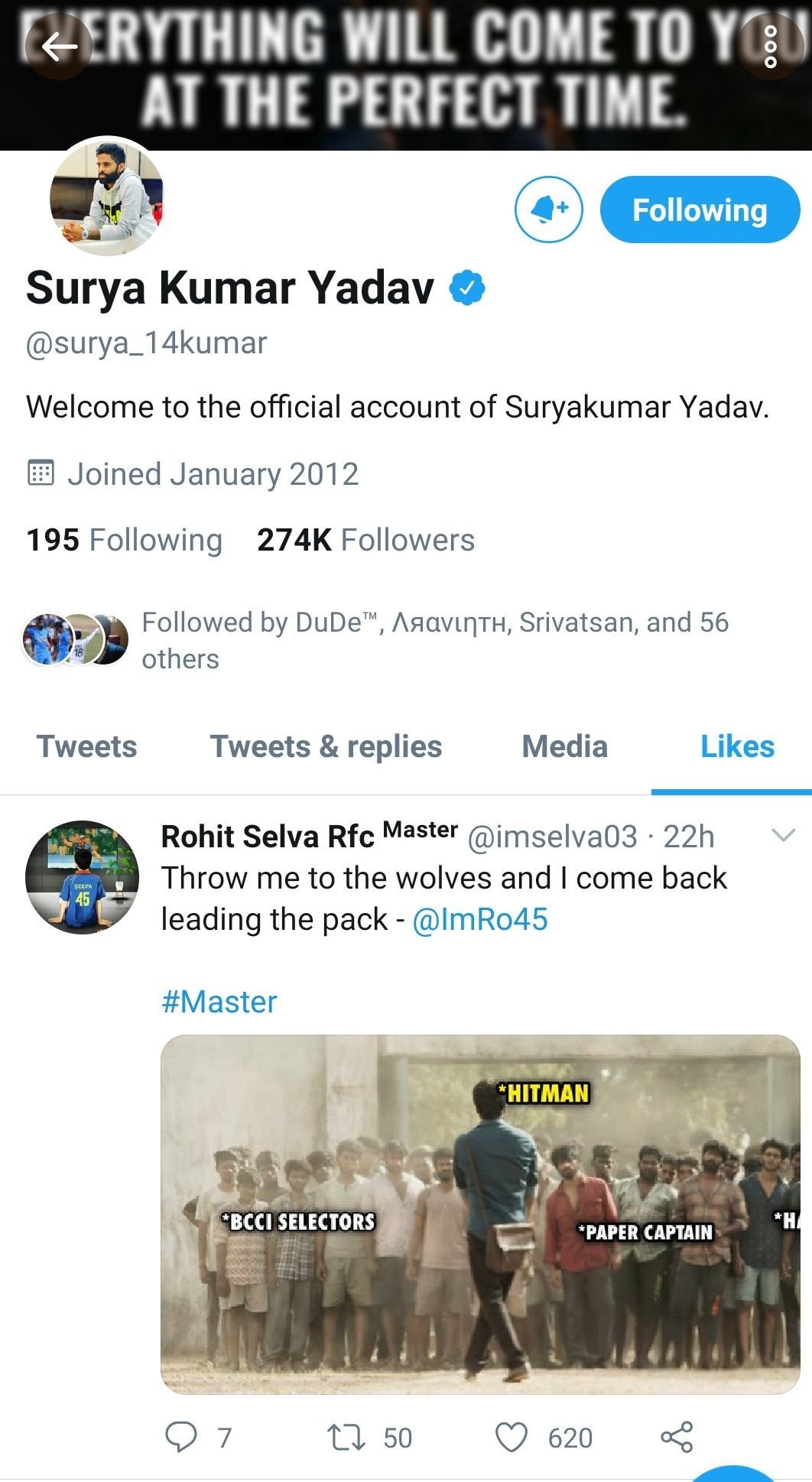 IPL 2020: 'The Kind of Form Suryakumar Yadav Was in, I Should Have Sacrificed My Wicket' - Rohit Sharma

Hey @surya_14kumar , these things won't even help you a bit, I don't think you will get chance for playing in Indian squad from now. Shame On You! https://t.co/YpFzLEdnLu

@surya_14kumar keep dreaming....with this behaviour u can't even get a spot in the team

A player should not do that, even if he has grudge on anyone or likes anyone more than other, I am not saying about virat only

I have some respect on him even after staring scene... Now he's insecure as your idol...