The duo is courting controversy for their visit to a baby store in Sydney during the team’s ongoing tour of Australia. 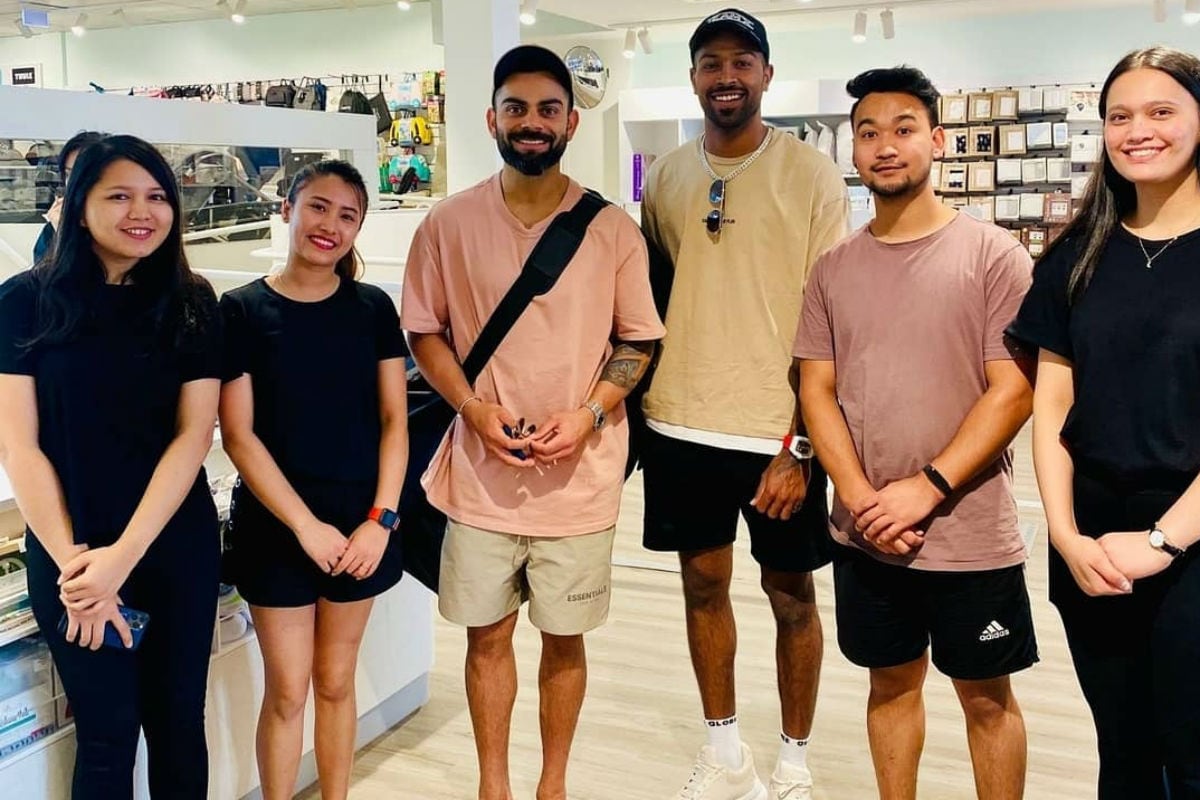 Days after few players of Team India have been placed in isolation due to an alleged bio-bubble breach after they stepped out for a meal at an outdoor venue in Melbourne on New Year’s Day, another controversy is brewing. It has been reported that there are allegations of a similar bio-bubble breach against skipper Virat Kohli and Hardik Pandya. The duo is courting controversy for their visit to a baby store in Sydney during the team’s ongoing tour of Australia.

Kohli and Pandya visited on December 7, 2020. While Kohli has already left his team to be with his wife in welcoming their first child, the skipper and all-rounder are being accused of breaching the coronavirus-induced safety protocols before they departed Australia.

According to the India Today report, the owner of the baby store has not only denied the allegations but has also denied any bio-bubble breach from the Indian star players during their brief special visit. Nathan Pongras, who owns Baby Village, in Bondi Junction, Sydney, has reportedly rubbished media reports and said both Kohli and Pandya maintained an adequate distance from the staff and were even prevented from touching or shaking hands with the players.

A Sydney Morning Herald report also quoted that Kohli and Pandya should have been wearing masks when they visited the store and their shopping visit was in breach of Cricket Australia’s biosecurity restrictions on players, an official confirmed.

However, Pongrass said masks were not commonly used in the first week of December and there were fewer cases in New South Wales then. ‘Older people were wearing and even some pregnant ladies weren't wearing masks in Sydney,’ Pongrass added.

Calling the Indian cricket players' visit to the store a positive experience, as the duo happily posed for a couple of photos with the staff and they shared it on social media just to show that they were proud of the fact that Kohli and Pandya decided to visit Baby Village. ‘It's really a shame what has happened in the media because of it,’ Pongrass further added.

According to a Reuters report, masks were made compulsory at indoor venues like gaming rooms, hair salons, and other commercial establishments in New South Wales on January 3, 2021 after it witnessed a fresh outbreak of Covid-19 cases in mid-December in Sydney’s Northern Beaches area.

Meanwhile, the entire Indian touring contingent including players and support staff have tested negative for Covid-19 before they departed from Melbourne to Sydney for the third Test which commences on January 7.