The Syed Mushtaq Ali Trophy 2021 will not only see players auditioning for an IPL contract but also set the blueprint for domestic cricket in the country in a post Covid-19 lockdown world. 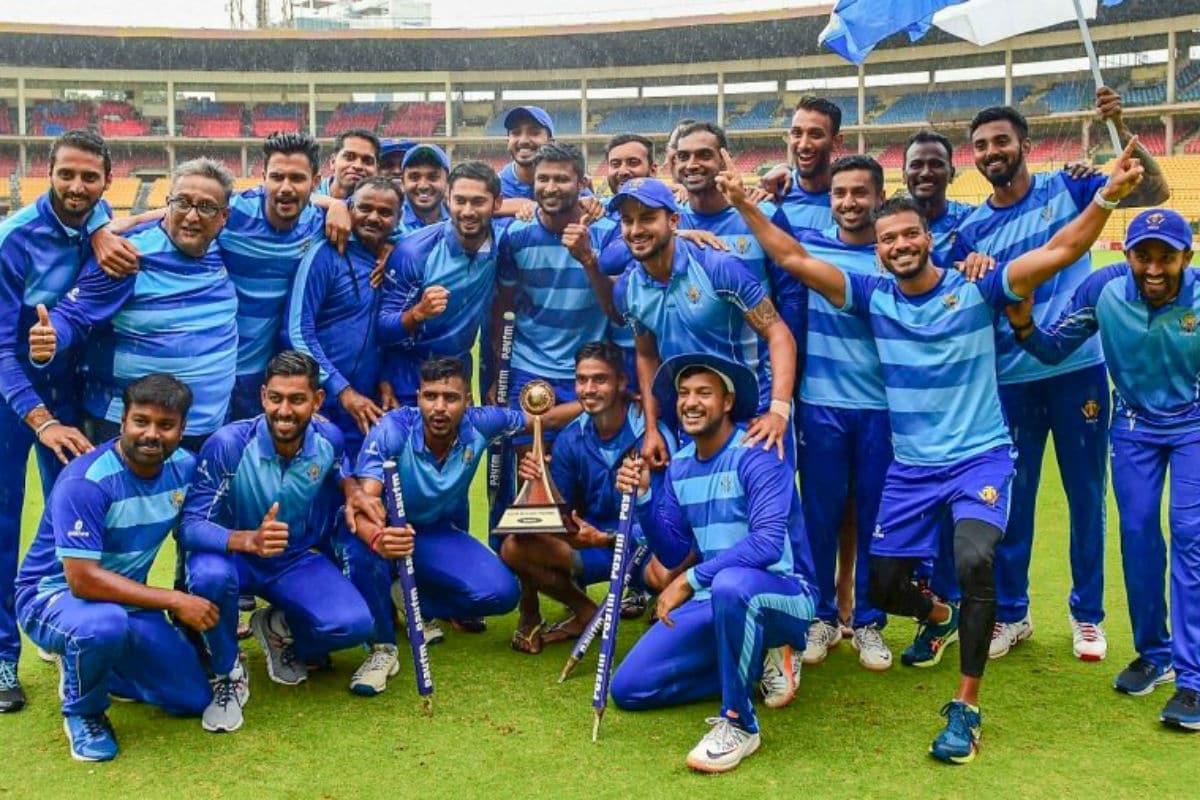 The coronavirus pandemic affected sporting activities around the world and cricket in India was no exception. The Indian cricket team’s three-match ODI series against South Africa in March was called off due to a rise in the number of Covid-19 cases in the country. Days later, a nation-wide lockdown was put in place. It would not be until September that the BCCI was able to organise a tournament, with the 2020 edition of the Indian Premier League taking place and the national team then heading to Australia for a full tour. Yet the beginning of the domestic cricket season remained on hold.

Now after much to-ing and fro-ing, the 2020-21 domestic season is set to get underway on Sunday (January 10) with the Syed Mushtaq Ali T20 Trophy, albeit in a different format more suited to the ‘new normal’.

38 teams will take part in the tournament across five different groups – five Elite and one Plate. The matches will be held in six venues - Alur (Bengaluru), Indore, Vadodara, Kolkata, Mumbai and Chennai will host the group stages with the knockouts set to be played at Ahmedabad.

In normal circumstances, this tournament can be the path for domestic players to land a lucrative contract in the cash-rich Indian Premier League (IPL). But in 2021, the SMA Trophy means so much more.

As of now, there is every chance that India’s premier first-class domestic tournament the Ranji Trophy may not be held, with the truncated 2020-21 schedule consisting only of the SMA Trophy so far.

The tournament has not been officially called off but a decision on hosting future domestic tournaments will be made in conjunction with state associations after the group stages of the SMA Trophy.

BCCI president Sourav Ganguly is reportedly keen to conduct the Ranji Trophy and has said that all options must be explored to host the tournament. The Board will also likely to want to hold the Vijay Hazare Trophy – one-day domestic tournament – if possible.

Furthermore, the BCCI has stated that it will compensate domestic cricketers for matches that were lost due to the pandemic, but the level of compensation will be worked out only once the domestic calendar has been finalised.

Getting paid is one thing though; at the end of the day sportsmen want to play. But if the group stages of the SMA Trophy don’t go well for an organisational standpoint, the chances of any other domestic tournaments being held remain slim.

There’s also the small fact that the 2021 edition of the IPL is set to take place in its usual calendar slot this year, meaning the turnover time between tournaments is less than before.

The dates for the 2021 player auction have yet to be confirmed but news reports suggest it will take place in the second week of February. Given the SMA Trophy concludes on January 31, cricketers will no doubt want to put their best foot forward in hopes of getting snapped up by an IPL franchise.

The IPL has in recent years seen quite a few cricketers get fast-tracked to the national side and even led to opportunities for players who previously would have spent their entire career consigned to the domestic circuit.

But wait, there’s more. India skipper Virat Kohli had said in January of last year that there could be a ‘surprise package’ inclusion in the squad for the T20 World Cup, and even name-checked Karnataka and Kolkata Knight Riders pacer Prasidh Krishna as an example.

Quite a lot has changed since then – the 2020 edition of the tournament that was set for Australia has been postponed to 2022, with India hosting the 2021 edition as planned. But the prospect of being part of a World Cup on home soil – however slim – will add to the already-high stakes for the players.

Domestic cricket is usually deprived of the more recognised Indian players due to the never-ending grind of the international calendar. However, that’s not quite the case this year.

A number of top internationals will be turning out for – and in some cases even leading – their domestic sides. Shikhar Dhawan will be captaining Delhi, with Ishant Sharma also set to turn out for the capital side.

Dinesh Karthik will be leading Tamil Nadu and Sanju Samson will head a strong Kerala team that also sees S Sreesanth make a comeback to cricket after a near seven-year absence.

Mumbai will be led by Suryakumar Yadav, who had yet another stellar IPL season in 2020 and will consider himself unlucky to have not boarded the flight to Australia thereafter.

Yuzvendra Chahal will don Haryana colours. Suresh Raina will play for Uttar Pradesh despite having recently retired from international cricket, as will Bhuvneshwar Kumar. All-rounder Krunal Pandya, who has been a part of India’s T20I side in recent times, will lead Baroda.

ALSO READ - India vs Australia: After Rishabh Pant, Ravindra Jadeja Taken for Scans After Getting Hit on Left Thumb While Batting

Axar Patel will be captaining Gujarat, with Piyush Chawla also set to turn out for the state. Kedhar Jadahv, who played for India in the 2019 World Cup, is part of the Maharashtra squad.

All in all, the tournament is expected to be watched with baited breath by fans and administrators alike – both for the quality of cricket expected and the future course of the 2020-21 season.