Here’s a look at how the rest of the day played out. 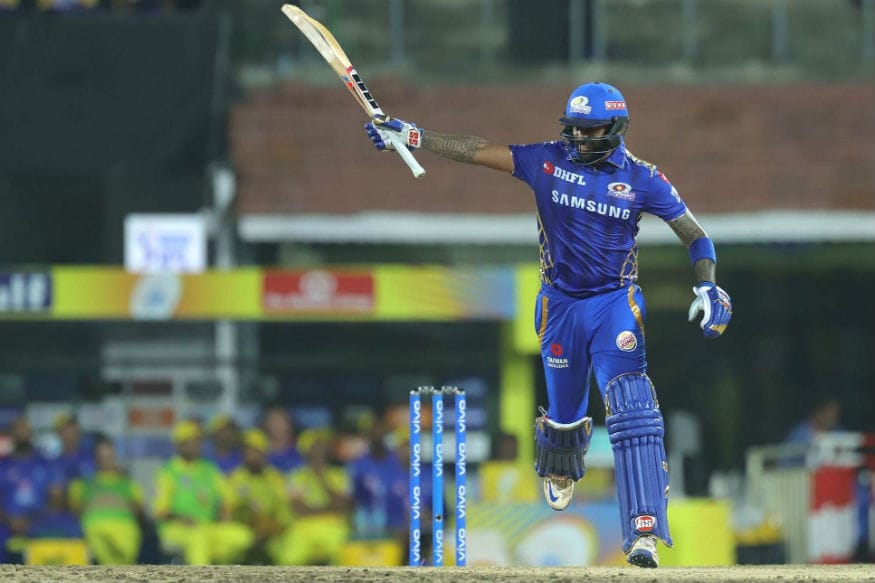 The Super League stage of the Syed Mushtaq Ali Trophy continued to produce some exciting contests as Mumbai and Tamil Nadu registered very contrasting yet thrilling wins in their games.

Here’s a look at how the rest of the day played out.

Skipper Suryakumar Yadav smashed an unbeaten 94 as Mumbai defeated Karnataka by seven wickets to end the rival's winning spree. Mumbai were chasing a stiff 172-run target and Surya, who has been in great form, single-handedly guided the domestic giants to victory with an over to spare. Along with Shreyas Iyer, Suryakumar dug Mumbai out of a hole after they had lost some early wickets. He followed that up with an 84-run partnership with Shivam Dube as Karnataka could only watch on. Earlier, Karnataka posted 171/6 despite losing KL Rahul and Manish Pandey early. Devdutt Padikkal scored 57 and Rohan Kadam added a very important 71 to give themselves a chance after the Mumbai bowlers, Shardul Thakur, Dube and Shams Mulani had engineered a batting collapse.

After an initial top order collapse for Baroda, veteran Yusuf Pathan used the long handle to good effect as he remained unbeaten on 45 and helped his side reach 138/5. Vishnu Solanki and Swapnil Singh also made important contributions against a combined effort from the Haryana bowlers. After the break, Chaitanya Bishnoi and Shivam Chauhan first steadied the ship after Haryana lost an early wicket before eventually putting on 88 runs for the second wicket. Once Bishnoi was dismissed, Chauhan stayed through till the end to ensure there would be no further hiccups as they came away with a thrilling win.

Even with Shubman Gill back in the side after the Test series against Bangladesh, Punjab’s batting only got going after they had lost half their side for less than 20 runs. Punjab were 5/15 before Gurkeerat Singh and Anmol Malhotra had a small partnership. Mayank Markande added 33 as Punjab failed to deal with Sai Kishore and Manimaran Siddharth, both of whom took three wickets each.

Set a target of 95, Tamil Nadu were expected to steamroll their opposition. But Harpreet Brar, Markande and Abhishek Sharma took two wickets each and set the cat among the pigeons.Washington Sundar remained unbeaten on 45 as the likes of Dinesh KArthik, Baba Aparajith and M Shahrukh Khan all failed to stick around. Sundar along with Vijay Shankar did the bulk of the scoring for Tamil Nadu who escaped with a win with 3 balls remaining.

Staying true to the trend, the final game of the evening was also a thrilling but low scoring contest between Rajasthan and Maharashtra.

Batting first, Nikhil Naik top scored for Rajasthan with 23 runs, while only three more managed to get a score in the double figures as Rahul Chahar and Chandrapal Singh shared six wickets between themselves to derail them. Rajasthan eventually managed only 99/9 in their 20 overs.

In response, Maharashtra started well with Ankit Lamba who smashed 33. Mahipal Lomror stayed unbeaten on 35 as the rest of the middle order rallied around him to wrap the chase in the 17th over.