Tendulkar approaching one year without 100 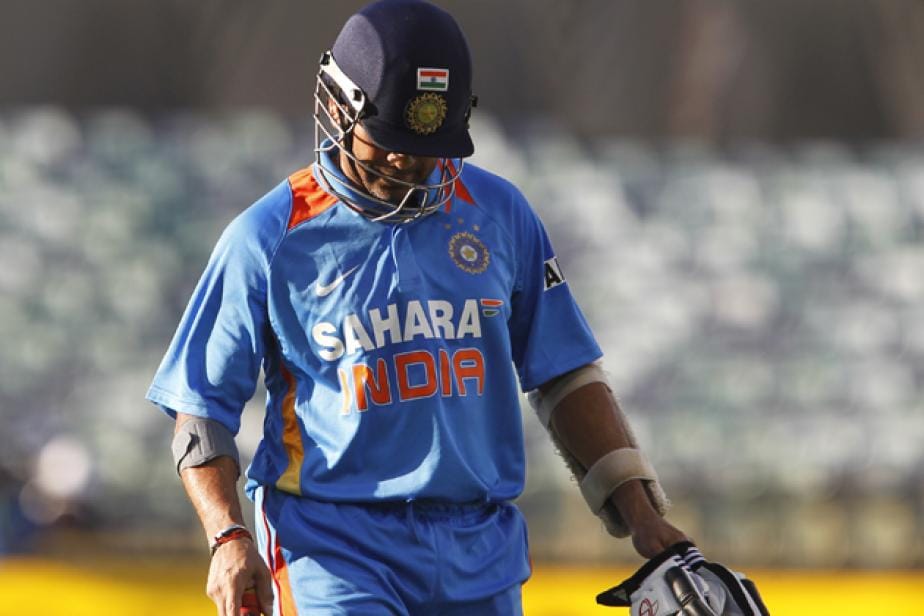 Tendulkar's last century was his 111 in an ODI against South Africa on March 12 at Nagpur.

Sydney: Sachin Tendulkar's quest for his 100th international century continues after he was run out for 14 in India's innings against Australia in the tenth match of the ongoing tri-series on Sunday at the Sydney Cricket Ground.

Tendulkar, run out by David Warner, was blocked during his run by bowler Brett Lee as India chased Australia's 252-9. Tendulkar threw his arms up in frustration, but there was no avenue for appeal as Lee didn't appear to intentionally block the India star batsman.

Tendulkar's last century was his 111 in a one-day international against South Africa on March 12 at Nagpur, India, his 48th ODI ton.