Back to News18
Home » Cricket Home » News » Born in Pakistan, Citizen of USA, Sparkling in the Caribbean - The World is Ali Khan's Stage

Born in Pakistan, Citizen of USA, Sparkling in the Caribbean - The World is Ali Khan's Stage

Pacer has been making waves for the past couple of years in America and has been one of the standout performers in T20 Leagues.

The name Ali Khan might not ring a bell to most of the cricket fans, not unless you follow the game across the Atlantic. However, in America, Ali has been making waves for the past couple of years and has been one of the standout performers in T20 Leagues – Canada Global T20 League as well as the Caribbean Premier League.

Pakistan-born American fast bowler Ali has picked up seven wickets in four outings, with a decent economy of 7.57, so far for Shah Rukh Khan’s Trinbago Knight Riders in CPL 2018. His career graph has been on the rise and he has continued the form he showed in the Canada Global T20 League, where he picked up 10 wickets - highest among bowlers from associate nations - in 8 matches for the Winnipeg Hawks at a strike rate of 16.9.

His is a fascinating story because after spending his childhood in Pakistan, which completely revolved around cricket – be it on the rooftops in the day or inside his house along with his cousins at night, Ali thought his best days around the sport are over when he moved to the USA in 2010.

“When I came to US, I started working for a cellular company. I thought cricket as a career was not an option for me anymore as I had never heard of USA playing cricket,” Ali told Cricketnext, in an interview from St.Lucia.

But as is the case for thousands of people who migrate from the sub-continent to the USA, Ali started playing in local leagues on weekends in Ohio and made quite a reputation for himself as a fast bowler who can bowl lethal yorkers.

The big break came in 2016 when West Indian great Courtney Walsh was impressed by Ali’s raw pace and picked him in the 15-man ICC Americas squad – a combined developmental team from American region which took part in the West Indian domestic one-day competition. 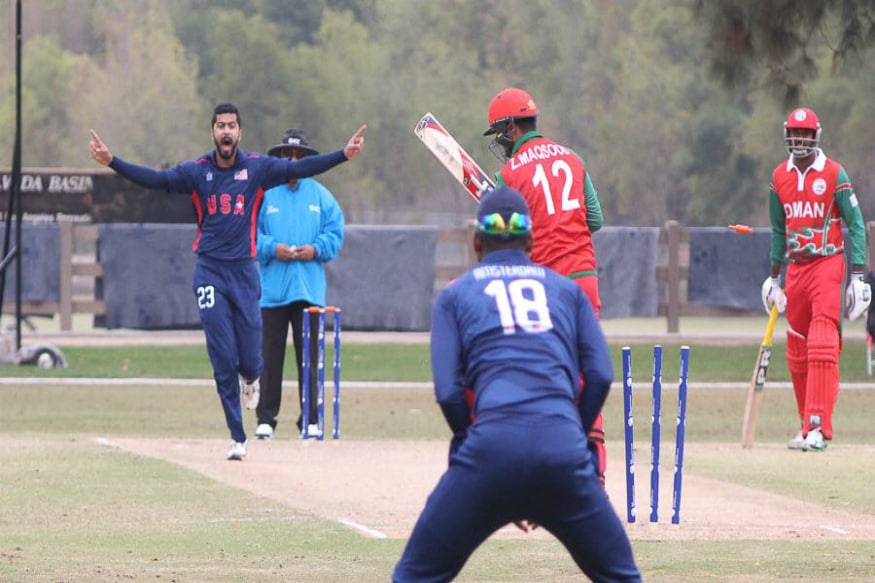 “Living in US and playing cricket isn’t easy, if you’re working full time then you don't get enough time to practice as you only play games on the weekends,” said Ali.

He was picked by the Guyana Amazon Warriors in 2016 and on his debut match he dismissed Sri Lankan legend Kumara Sangakkara with an in-swinger that nipped back just enough to take the edge and carry through to the keeper.

But as luck would have it, Ali soon suffered a serious injury setback, hurting his left hamstring while training with the US team. The injury also ultimately saw him lose his CPL contract with Guyana. “It was the first time that I had an injury and it was really tough. I was scared whether I would be able to play cricket again but I got a lot of help from the USA Cricket Board, our head coach Pubudu Dassanyke along with Tom Evans, and Wade Edwards helped me deal with the injury” he recalls.

Ali’s cousin brother Fahrukh recalls how tough the injury was for the family and how it almost bought a pre-mature end to Ali’s cricketing career.

“It is difficult to convince a desi family about a career in cricket and then he had this injury setback where he wasn’t playing for good 8-10 months," said Fahrukh, who himself is an opening batsman and was the highest scorer in Ohio Midwest Cricket Tournament for the year 2017. "I remember when I was in Pakistan and I met his father, he told me that he wasn’t very convinced about Ali’s cricketing future in US, but I convinced him to let Ali pursue his dream for couple more years. Credit goes to Ali for his recovery and taking his fitness to another level. Rest as they say is history and results are in front of our eyes. No doubt he’s the best bowler in US and has been successful in proving his abilities in CPL this season.” Talking about his stint with Winnipeg Hawks – where he worked with his idol Waqar Younis and also Australian star David Warner, Ali said that it was a great learning experience for him. “These kinds of tournaments are very helpful for associate cricketers as they provide an opportunity for us to showcase our talent to the world. Playing alongside all the big names and sharing dressing room with them helps a lot as we get to learn the skills that made them such successful cricketers," he gushed.

Looking ahead, Ali also wants to have a taste of the Indian Premier League but knows it's not going to be easy to feature in the world’s most lucrative cricket league. “That's ultimate dream (playing IPL), I believe if I keep working hard and keep believing in myself then it can happen.”

For now, though, Ali’s goals are clear as he wants to help Trinbago win the CPL title for the third time. “I want to thank Venky (Mysore) Sir and my captain Dwayne Bravo for showing faith in me. Every time I put on the TKR jersey, I give my 100% and my aim is to help the team win the championship.”