Australia clinched a six wicket win and went on to be crowned World Cup champions. 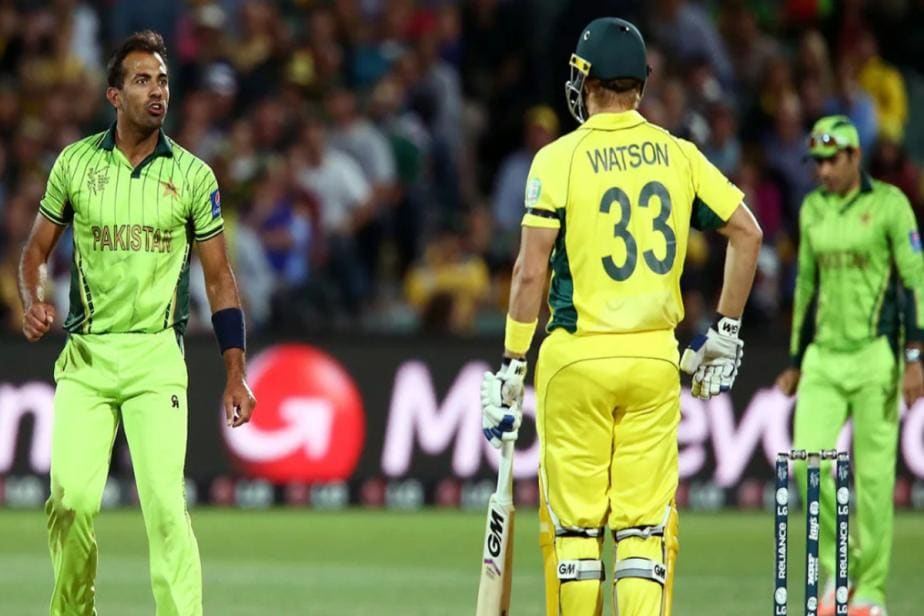 There are some stories in the game of cricket that remain etched deep in the memories of people for decades. One such incident from the past also had the same impact. Back in 2015, Shane Watson sledged Wahab Riaz during the World Cup. What followed raised many eyebrows as the chapter became a tall standing memory for not just the two players, but millions of lovers of the game. Spectators on the ground and television viewers across the borders found themselves absorbed in the uncompromising contest.

The Watson vs Wahab showdown was an iconic duel every cricket fan could’ve asked for. From the first ball itself, the Pakistani left-arm seamer turned up the heat so high that each delivery evoked a heavy sigh and thumping heartbeat in every single personaround the world watching the game. In his allotted bowling spell, Wahab got rewarded with early and crucial wickets of David Warner and Michael Clarke. However, what Wahab wanted was to see the back of Watson because of what the latter did to him in the previous innings.

Wahab knew that the Aussie veteran wasn’t great on short ball so he went at him with that plan. It was an intense over, as Wahab’s aggressive deliveries left Watson needing help of each muscle in his body. At one point, Wahab ran to the batsman clapping his hands in his face, screaming “come on!” at the fielders but louder in front of Watson. Steve Smith, who was at the other end, quickly got off strike but Watson did not have the luxury, although he might have wanted it more badly.

Fast forward, six years later, Watson who has retired from all forms of cricket, has thanked Wahab for going easy on him in the 2015 WC. Reminiscing about their fiery battle, he wrote,“One of the more colourful moments in my career. Thank you @WahabViki for going easy on me.”

One of the more colourful moments in my career. Thank you @WahabViki for going easy on me 😉 https://t.co/RMwW8wsHPx

Australia clinched a six wicket win and went on to be crowned World Cup champions.