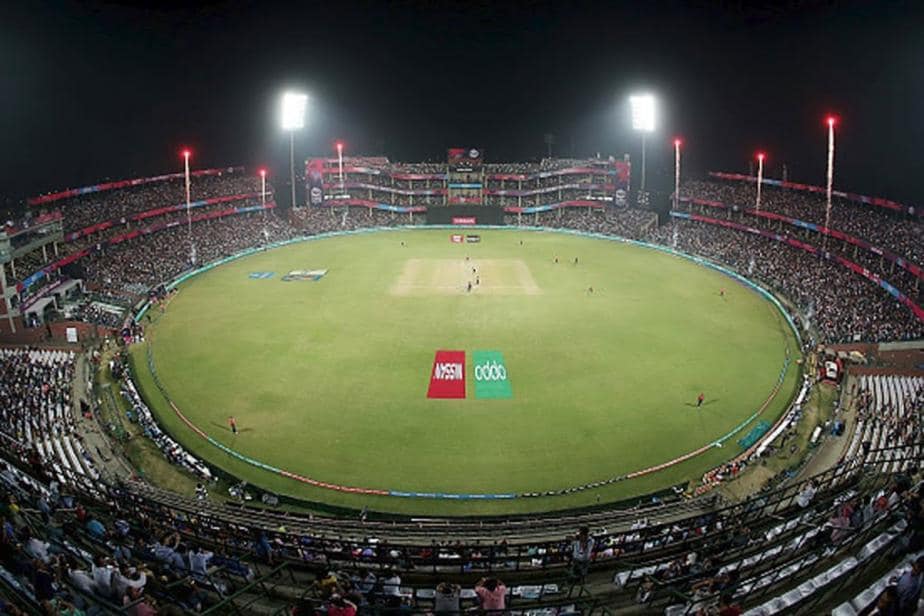 Two suspected bookies got inside the Arun Jaitley Stadium posing as someone else and were caught red-handed.

Two suspected bookies were apprehended from Arun Jaitly Stadium during an IPL match between Sunrisers Hyderabad and Rajasthan Royals. They were apprehended by the police as they had entered the stadium premises using fake identities. Both have been produced in a Delhi Court and sent to a five-day police custody.  There two have been identified as Manish Kansal (38), who was posing as a housekeeping staff, Krishan Garg (26), who was posing as the health worker of South Delhi Municipal Corporation.

“We have lodged an FIR against them at I P Estate police station and recovered accreditation cards from their possession. We are now trying to find out the authenticity of the accreditation cards and how they got these cards,” Additional DCP Meena said.

Also read: ‘This is Not a Joke Anymore’

The incident has been brought to the light to the Anti-Corruption Wing of the BCCI. “After monitoring their activities for around 45 minutes, both of them were taken into custody and they were questioned by the officials. They initially tried to mislead the investigators after cooking a false story and claiming to be an official, but after the sustained interrogation, they broke down. They confessed that they are involved in illegal betting,” a senior police officer said.