It is one of the ironies of modern sport that those who become role models are often least ready for it. In other fields, it takes years of hard work and living, and by the time you achieve fame, you might also achieve maturity. In sport, you can be a superstar in your teens. The young are works in progress, and it can be unfair to expect them to become role models when they aren’t even fully themselves. When I was 25 years younger, I was as arrogant as Virat Kohli, as misogynistic as Hardik Pandya, and I thank my lucky stars that I could do my growing up outside the glare of cameras.

It is one of the ironies of modern sport that those who become role models are often least ready for it. In other fields, it takes years of hard work and living, and by the time you achieve fame, you might also achieve maturity. In sport, you can be a superstar in your teens. The young are works in progress, and it can be unfair to expect them to become role models when they aren’t even fully themselves. When I was 25 years younger, I was as arrogant as Virat Kohli, as misogynistic as Hardik Pandya, and I thank my lucky stars that I could do my growing up outside the glare of cameras.

Although this column comes out at a time when Hardik Pandya is in the news for his obnoxious comments on a TV show, it is not about this incident in particular. Rather, I’d like to speculate on three reasons why, in India, our sporting role models are likely to let us down. This is not meant to be a justification for their bad behaviour, but an explanation for why we should expect less, even if we do demand more. These explanations are drawn from other fields, but every field has applications for the one cricket is played on.

Sporting talent and good character are both randomly distributed. It is irrelevant how much of each is nature, and how much is nurture. (Talent depends more on genes, but not entirely; character depends more on upbringing and peers, but not entirely.) Let us assign arbitrary numbers to this for the sake of illustration. Let us say that 1% of people have the kind of sporting talent that makes others look up to them. And 5% of us end up with the character you’d expect from a role model. So what are the chances that these two will coincide?

The answer, of course, is 5% of 1%, which is 0.05%. (That’s Rahul Dravid. Chances are if you thought of someone who combines great ability with the character you’d like in a role model, you thought of him only. Shows you how rare it is.) Of course, you could quibble with the initial numbers. You could say that less than 1 in 100 will become sporting superstars, or more than 5% will have the character necessary to be role models. The precise numbers do not matter, as much as the fact that only those on the tiny intersection of those numbers will qualify as worthy sporting role models.

In a recent podcast interview with me, Harsha Bhogle pointed out that the Tendulkar-Dravid-Laxman generation was perhaps the last one that was a middle-class generation, and which had “middle-class values.” In the context of this current crisis, I’d add that none of them would talk about women, or even think about women, in the way that Pandya did on that TV show.

Before the liberalisation of 1991, you had to be at least middle-class to have the means to play cricket. (Equipment, opportunity and opportunity-cost.) So our cricketing icons of the last century are mostly middle-class, with some education and family upbringing. The opening up of India changed that, as the middle-class itself burgeoned, and options for what kids could do with their time exploded. A kid in Mumbai, once a cricket powerhouse, suddenly found so many ways to spend his time or improve himself, while for a kid in a small town, cricket still remained aspirational. 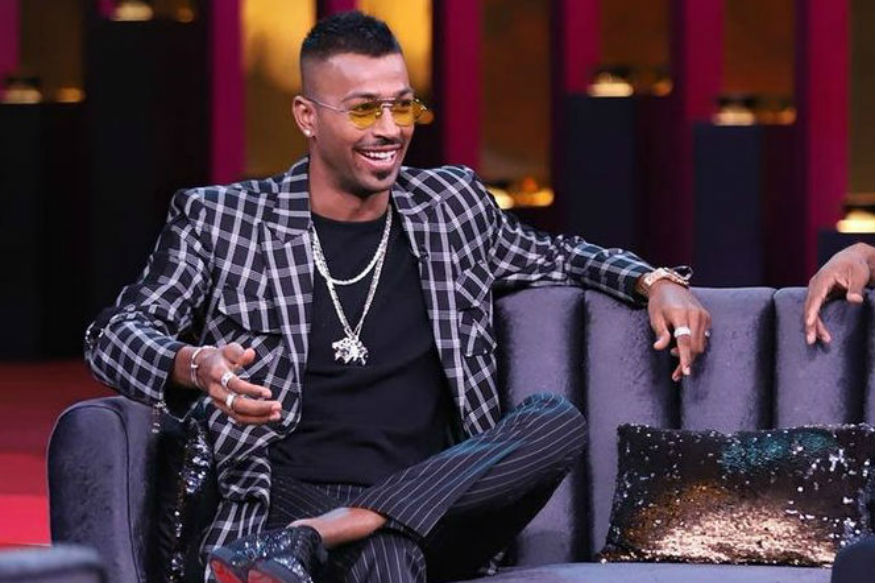 The broadening of the social base of cricket is a bloody good thing. One side effect, though, you are more likely to have stars who don’t have the grounding of the ‘middle-class values’ that Harsha spoke of. (Please note that he did not use the phrase in this context. That connection is being made by me.)

Although I bring it up here, I am not entirely convinced of this explanation myself. For one, many of the stars of today are also middle-class. (Can there be such a thing as ‘nouveau middle-class’?) Also, there probably needs to be rigorous data on whether social class and good behaviour are correlated. Either way, it is pure luck what social class a kid is born into.

Anyone who reached the pinnacle of sporting excellence has done so at a cost: that cost is everything else. While people around them have led balanced lives, they have been obsessive about the game, thinking about it all the time and spending crazy amounts of time working on their skills. That is a prerequisite for greatness.

That carries what economists call an Opportunity Cost. What else could they have done with that time? Chances are that they have read less than their peers, know less about their world, and have had less of the normal social interactions that form such a vital part of growing up. The more time they devote to developing their skills, the less they know about anything else. This means that they actually have less of a chance of having the qualities required to be a role model than a normal person does.

This is the reason achievers in one field should not be taken seriously when they comment on others. Virat Kohli thought Demonetisation was a masterstroke, but what could the poor guy possibly know about economics? He should have kept his mouth shut – as he probably has learnt to do by now on non-cricketing subjects. This last reason certainly applies to Hardik Pandya. He’s had less education than his peers, has lived in a bubble of his own celebrity for a while, and is young. He has spectacular cricketing talent – I think he is under-rated as a batsman – but when society itself is so misogynistic, how could he be anything but?

The reasons above, to whatever extent you agree with them, are explanation, not justification. Just as we should expect less of them, we should demand more – for they are role models, whether they or we like it or not.

This controversy should thus be a lesson for the BCCI. They should put in place a training program for their stars: how one should behave in public, what one should and should not speak about, and so on. It cannot change who they really are – people have to grow up by themselves – but it can change the public face they show to the world, which is what matters in a role model.

That would be better than moralistic posturing.