Here’s a look at the 15 players tasked to represent India at the showpiece event.

The Women's World T20 will kick off on Friday with India taking on New Zealand at the Providence Stadium in Guyana. The Harmanpreet Kaur-led side looks balanced on paper but with the likes of Australia, New Zealand, Pakistan and Ireland, all placed in Group B with India, getting through to the semifinals will be a demanding task. Here’s a look at the 15 players tasked to represent India at the showpiece event. The 35-year-old has been playing international cricket since 1999 and has managed to evolve as per the demands of the game. Someone with even a basic knowledge about women's cricket will be well aware of her resume. Mithali's consistency is second to none but she is not a dasher. The team management realised it and started to use her as an opener. She mostly operates at 100-120 strike rate and allows other batters to play freely. India have got quite a few big hitters in their squad and that makes Mithali's role very important. However, she is someone who can always throw in a surprise as she did against Australia A last month, smashing an unbeaten 105 off just 61 balls. Mithali is one of the pioneers of the game and her experience will help other players to settle down in the event where the stakes will be high. 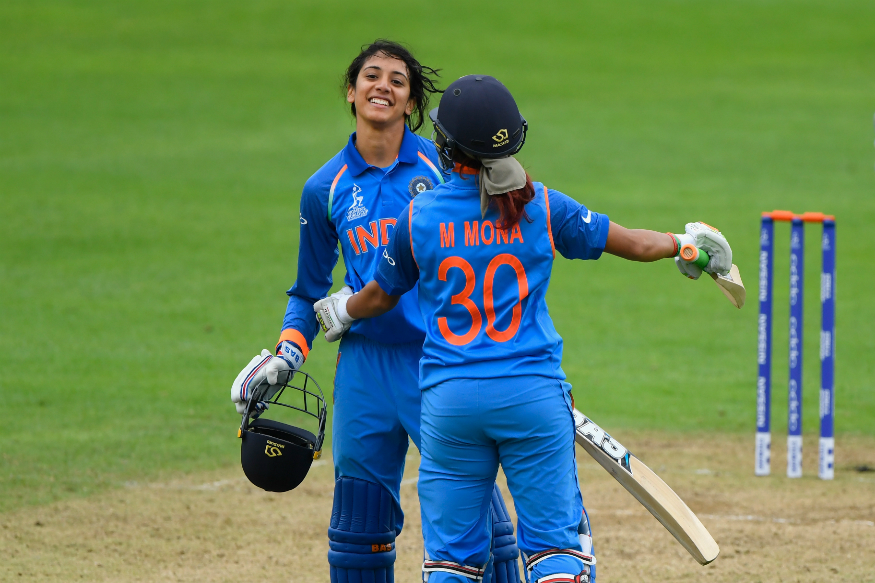 The left-hander is one of the sweetest timers of the ball and can take the game away in the space of few overs. Mandhana will be burdened with the responsibility of providing India quick starts and she has got the game to do it. She didn't quite do justice to her talent in two successive editions of the World T20, and in her debut Women's Big Bash League (WBBL) stint for Brisbane Heat. However, she came to her own in the 2017 World Cup in England and played a couple of eye-pleasing knocks. It was her performance in the 2018 Kia Super League (KSL) that blew everyone away. The 22-year-old smoked 421 runs in nine innings at an average of 60.14 and a breathtaking strike rate of 174.68. Mandhana, however, has struggled to get going in the last couple of months, and India will hope she gets back to her best if they want to win the cup. Her ferocious knock of 171* in the semi-final against Australia completely changed the dynamics of the Indian women's cricket. Harmanpreet calls Virender Sehwag her idol and bats with the same mantra of 'see ball, hit ball.' She made her international debut in 2009 but it took her 3-4 years to stamp her authority at this level. She became the first Indian player to play in the WBBL and KSL. Apart from leading the side, Harmanpreet's role will be to provide that late surge, and also finish the innings when required. She's a match-winner, and on her day, Harmanpreet can rip apart any bowling attack. She is also a very handy offspinner and can bowl those difficult overs when required. The new girl in town! She might be only 18 years old but Rodrigues has already made quite a name for herself. She made her Under-19 debut at the age of just 12 and that tells a story in itself. Rodrigues is only the second woman after Mandhana to score a double hundred in a 50-over cricket match. She hit 202 in just 163 balls in Aurangabad against Saurashtra in November 2017. She was rightly fast-tracked and made her India debut in February this year. Her scores of 37, 44, 50, 36, 57, 52* and 46 suggest she can be that game-changer up the order. Playing around the likes of Mithali and Mandhana will give her the freedom to play her natural game. Also, she is amongst the best fielders in the team. She's an aggressive batter and a brilliant fielder, but can be inconsistent sometimes. The 26-year-old from Karnataka is currently going through a lean patch. Her performance in the ACC Women's T20 Asia Cup in Kuala Lumpur and the recently concluded tour of Sri Lanka was nothing but ordinary. Veda is still one of the best finishers in the team and that's what will be expected of her in the World T20. She can be a nightmare for bowling attacks when in full flow. Don't let her size fool you! This is the same player who tonked 188 off 160 deliveries in an ODI against Ireland. She can bat. She can bowl. She can field. Deepti is a captain's dream. The 21-year-old can be a floater when it comes to batting, but it's her bowling that helps India build pressure on the opponents. She started playing cricket when she was only nine but got into state cricket around the age of 15. She is not one of those who needs specific roles to shine, just tell her to do something and Deepti will do it. And you need these types of players in the shortest format of the game. 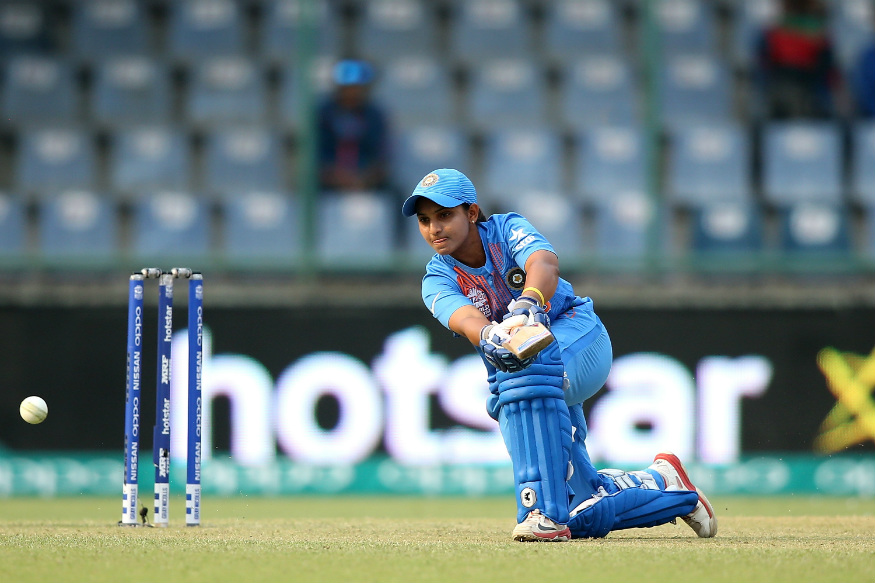 Patil is someone who provides India that much-required balance. She is equally good in both the departments and likes shouldering responsibilities. Despite being out of international contention sometime, Patil kept playing domestic cricket. She is the only Indian women cricketer to score a fifty and take three wickets in a T20I. She can contribute some way or the other and will have to play a vital role in the tournament. Yet to make her debut

The all-rounder from Tamil Nadu has played three ODIs but is yet to make her T20I debut. The middle-order batter, who is also a handy offspinner, did well for India A against Australia and that helped her fetch in Indian ODI for their ODI series against England. She didn't feature in any of the games but played three ODIs in Sri Lanka where she scored a crucial 35 in the second encounter. Unlike other players, Hemalatha only started playing competitive cricket at the age of 18. She made her debut for Tamil Nadu in 2011 before playing her first Challenger Trophy in 2016 and then for India A in 2017. She mostly opens for her state but will be asked to do the finishing work if she gets an opportunity. The 20-year-old from Chandigarh is one of the best wicketkeepers in India. It was her performance for India A and India Blue in the Challenger Trophy that earned her a spot in the India T20I squad for the tour of South Africa. Bhatia is yet to set the international stage on fire but her courageous knock of 68 in an ODI against Sri Lanka in September gave the team management such confidence that India have travelled to West Indies with just one wicketkeeper in their squad. She almost quit cricket at 17 after she faced a major loss of form but her family pulled her out of the funk. Three years later, she has turned it around in some fashion. The legspinner is India's highest wicket-taker in this format. Poonam is captain's go-to bowler and more often than not does the job for her team. The 27-year-old operates at an economy of 5.46 and is very difficult to get away. The second-ranked T20I bowler has featured in all the 20 T20Is that India has played this year and will lead the spin department which also comprises of Ekta Bisht, Radha Yadav, Deepti and Patil. Poonam has been in good form of late and her exploits will be crucial to India's chances. Radha might not end up playing all the games but the left-arm spinner will always be there when/if needed. She only made her international debut in February 2018 and has the ability to bowl those tight spells. At 12, Radha got picked for Mumbai in the 2014-15 season but it was her switch to Baroda that brought her into national reckoning. She took nine wickets in six T20s and was picked for the T20I series against South Africa. She did her reputation no harm in Sri Lanka where she played all the five games. She hasn't yet got the chance to showcase her skills with the bat in international cricket but it's believed Radha can play the big shots as well. The experienced left-arm spinner has got the skills of bowling with the new ball and that might come very handy in the Caribbean. She is the only Indian bowler with a hat-trick to her name - v Sri Lanka in the 2012 World T20. Bisht, who is the first woman from Uttarakhand to play for India, has worked with India veteran Neetu David and the influence can be seen in her bowling. The 32-year-old has got tremendous control over her bowling and can bowl those tough overs inside the powerplay, and at death as well. Even if she doesn't play in all the games, Bisht's experience can come in very handy. India will be without Jhulan Goswami in this World T20 and the onus will be on Joshi to lead the pace attack. She played a couple of matches in the 50-over world cup last year and that will help her to tackle tough match situations. India have also dropped Shikha Pandey from the squad and that shows the believe they have in Joshi. The right-arm fast bowler is returning from a serious knee injury and will short on match practice. She can swing the new ball and her ability to bowl yorkers at the death can turn out to be pivotal. Vastrakar is a perfect T20 player! She can run in quick and has the ability to tonk the ball hard. If used right, Vastrakar can turn out to be the game-changer for India. Playing only her second ODI, Vastrakar smashed 51 from No. 9 against Australia. She then followed it up with a 30 in the next match. They call her Chota Hardik (referring to Hardik Pandya) and her role will be no different the one Hardik performs for the men’s team. The 21-year-old made her debut in September against Sri Lanka and looked impressive. Arundhati got all the support from her family from the very young age and has already played with Mithali for South Central Railways. Former Indian player and coach for the Indian Railways team Nooshin Al Khadeer and Hyderabad Cricket Association head coach Savita Nirala were instrumental in shaping her career. Joshi and Vastrakar might be the preferred pacers but Arundhati will get to learn a lot even if she doesn't get a game.