With Karnataka and Gujarat having already qualified for the 2019 Vijay Hazare Trophy semi-finals, the remaining two spots will be determined on Monday 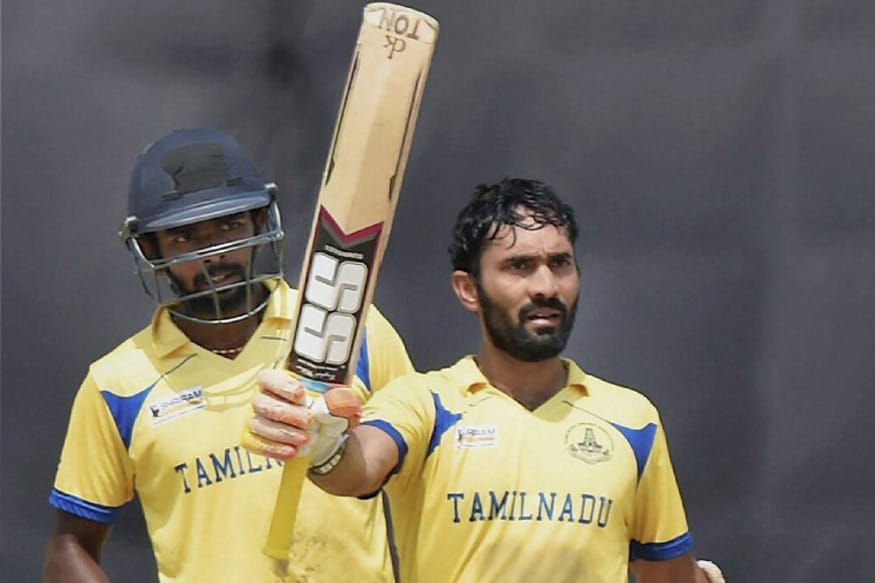 With Karnataka and Gujarat having already qualified for the 2019 Vijay Hazare Trophy semi-finals, the remaining two spots will be determined on Monday (October 21).

Tamil Nadu will take on Punjab in the third quarterfinal whereas defending champions Mumbai will take on Chhattisgarh.

Traditional powerhouse Tamil Nadu have been a unit that has fired on all cylinders so far in the tournament, winning all nine games in the group stage.

Dinesh Karthik, Baba Aparjith, Murali Vijay, Abhinav Mukund, Shah Rukh Khan and Vijay Shankar have all done well with the bat and have been among runs.

Among the bowlers, Murugan Ashwin, Krishnamoorthy Vignesh and M Mohammed have been the pick of the lot and will come into the game confident of doing well against Punjab.

Punjab however have only Sandeep Sharma and Sidharth Kaul, who can be considered to have put in significant performances with 16 wickets a piece.

It’s worth noting that Sandeep picked 7 of those wickets in one game, which does not present much promise against Tamil Nadu.

Among the batsmen, no one has tallied above 200 runs in the first round, making the contest a difficult ask for the side.

The fourth quarterfinal pits Mumbai against a Chhattisgarh team that chased down a mammoth 318 in the same fixture earlier.

There will be bite in the fixture and Chhattisgarh look up to Veer Pratap Singh and Shashank Singh once again to do a fair amount of damage with the ball, while batsmen Amandeep Khare and Ashutosh Singh will have their plate full too.

All the talk about Mumbai is now centered around the young Yashaswi Jaiswal after he scored a double century against Jharkhand recently.

However with Shreyas Iyer, Aditya Tare and Shivam Dube in fine nick too, the defending champions would not be too hassled about the batting side of things.

Shams Mulani, Shardul Thakur and Dhawal Kulkarni will be tasked with bringing their best bowling performances to the table too as Mumbai look to avenge the defeat in the tournament’s group stages. ​