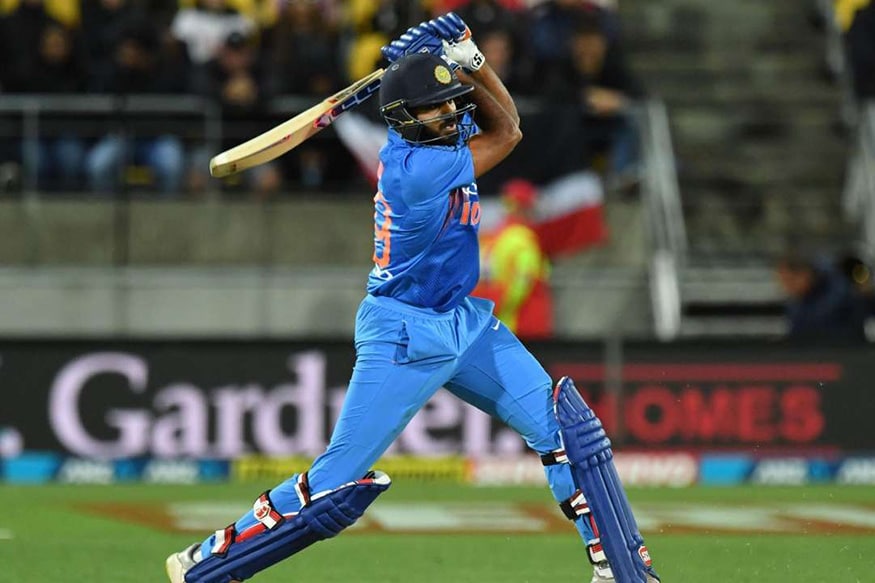 Wednesday, October 9 in the Vijay Hazare Trophy saw action across Elite Group C and Elite Group B, with Baba Aparajith the star of the show for Tamil Nadu against Railways. Rajasthan picked up their first win, while Bengal won their match too. Here is how it all played out.

In the only match to have been played in Elite Group B on Wednesday, Punjab won a close encounter against Baroda by three wickets, with only one ball remaining.

Batting first, Baroda posted a total of 222/8 in their allotted 50 overs, mounting a recovery after they lost the early wicket of Kedar Devdhar. VP Solanki top-scored with 54 off 74 balls, while Yusuf Pathan had a cameo of 43 runs off 47 balls lower down the order. Siddarth Kaul bowled well and took four wickets for 58 runs including three maidens, instrumental in restricting Baroda to 222.

In reply, Punjab didn’t start well either, losing the wicket of Abhijeet Garg in just the second over, who was incidentally making his debut in List A cricket. Anmolpreet Singh and Abhishek Sharma put up a partnership of 57 runs and steadied the ship, but after the dismissal of Singh for 27, Punjab carried on losing wickets at regular intervals.

Middle order batsmen Sharad Lumba (33) and Gurkeerat Singh Mann (39) did just enough in the middle overs to keep the scoreboard ticking for Punjab, but with no batsman taking charge with a big partnership, Baroda were always within touching distance of consolidating their position in the match.

However, Punjab did just enough in the end to scrape over the line, with Karan Kaila (35 off 39) scoring the winning runs and Mayank Markande remaining at the other end of the pitch.

In the match between Railways and Tamil Nadu, Baba Aparajith starred with an all-round performance, striking an unbeaten 111 (124 balls, 7 fours, 1 six) after taking 4 for 30 as Tamil Nadu thrashed Railways by eight wickets to notch up a seventh straight win

Tamil Nadu's chase did not get off to a great start as the in-form Abhinav Mukund fell for 11, caught and bowled by Ananta Saha while his opening partner Murali Vijay was run-out for 6.

However, Aparajith and Shankar dashed any hopes the Railways had of launching a fightback with a superb partnership, during which they played some attractive shots and rotated the strike judiciously.

Tamil Nadu leads the group with 7 wins and 28 points and is almost certain to qualify for the knockout phase.

Meanwhile in the match between Tripura and Bengal in Elite Group C, Bengal cruised to victory chasing a total of 224 runs, with five wickets and 17 balls remaining.

Tripura did not get off to a good start, and lost the wickets of Arkaprabha Sinha and Bishal Ghosh with 25 runs on the board. Tanmay Mishra’s knock of 72, aided by Milind Kumar’s 43 brought the Tripura innings back on track somewhat, and a late cameo of 30 by captain Manisankar Murasingh took Tripura to 224 in exactly 49 overs, when they were all-out.

In reply, Bengal looked at ease during all stages of the chase. Even though they lost Shreevats Goswami at 21 and Abhishek Raman at 35 after both failed to cross 10 runs, it was the calming presence of captain Abhimanyu Easwaran (34), Manoj Tiwary (85 off 103 balls) and Agniv Pan (57) that meant that Bengal were in cruise control.

Lastly, in the match between Rajasthan and Services, the former notched their first win of the tournament with a 48-run win, after bowling services out for 191 in 44 overs, chasing a total of 240.

Riding on Chetan Bisht’s 71 and Aditya Garwhal’s whirlwind 91 off just 79 balls, Rajasthan posted 239/8 on the board after a poor start. It was the Services top order which let them down during the chase, with Ravi Chauhan, G Rahul Singh and captain Rajat Paliwal failing to string together any partnerships with each other.

Despite the best efforts of Mohit Ahlawat (49) and Nakul Sharma (42), Services lost their last five wickets for just 16 runs and the innings folded on 191 runs, with Rahul Chahar coming away with four wickets for 56 runs in nine overs.