Home » Cricket Home » News » Vijay Shankar Interview: No Compulsion That All-Rounders Should Bat at No. 6, I Can Be Like Watson or Kallis
9-MIN READ

Vijay Shankar Interview: No Compulsion That All-Rounders Should Bat at No. 6, I Can Be Like Watson or Kallis

In this interview, Vijay Shankar opens up about the 3D tag, trolls, batting positions and more.

Less than two years back, Vijay Shankar was backed so much that he was selected to the Indian squad for the ICC World Cup in England. Since then, though, he has not been picked to the Indian side even once and has fallen off the selection radar. Despite India having a perennial dearth of medium pace bowling all-rounders, and their premier all-rounder of that variety – Hardik Pandya – being injured for a large part.

Not only has Vijay fallen off the radar, but he has also become a subject of vicious, and often mindless, trolling in social media. Based on his performances in IPL, plenty of fans have wondered how ‘3D’ Vijay even made it to the Indian team for the World Cup, played in a different format.

But is Vijay Shankar as bad as the trolls make him out to be? Did the selectors have no reason to pick him for the World Cup? Here’s what they would have seen.

Innings 1: 45 v New Zealand in Wellington.
Walks in with India 18/4. Counter attacks & stabilises in 98-run stand with Ambati Rayudu. And then run out 5 short of a half century.

Walks in at 75/3. Adds 81 for fourth wicket with Virat Kohli in a fluent partnership. And then, a straight drive from Kohli hits the bowler’s finger, leads to run out. Second time unlucky.

Even discounting his occasional usefulness as a bowler, Vijay had shown enough promise to earn the selectors’ nod for the World Cup. With selectors giving him maximum possible exposure before the World Cup, he even played 9 T20Is, with a best of 43 (28) against New Zealand in Hamilton.

At the World Cup, he batted thrice:

29 v Afghanistan from 64/2, again in 50+ stand with Kohli when batting was difficult against Rashid Khan & co. Fails to convert the start.

14 v West Indies, gets out to a peach from Kemar Roach.

Since then, Vijay has had to face familiar challenges: injuries, trolls and perceptions built on his overall game based on his T20 batting, particularly the struggles with the bat in IPL 2020 and 2021 for Sunrisers Hyderabad where he tallied 155 runs from 14 matches. Vijay puts that down to inconsistent batting positions, and points to improved performances with the ball.

He has even considered moving out of his state team Tamil Nadu to improve his chances for a national comeback.

In this interview, Vijay opens up about the 3D tag, trolls, batting positions and more.

Do you think you’re at the crossroads of your career and have to decide which way to go?

I’m very clear in my mind. I’m not in a double mind or don’t think about what will happen. I’m very clear about one thing – my ethics should be right. I should work in the right direction and work hard. From the time I started playing cricket to now, that has been my mantra. I’ll keep doing that, no matter what is happening outside. 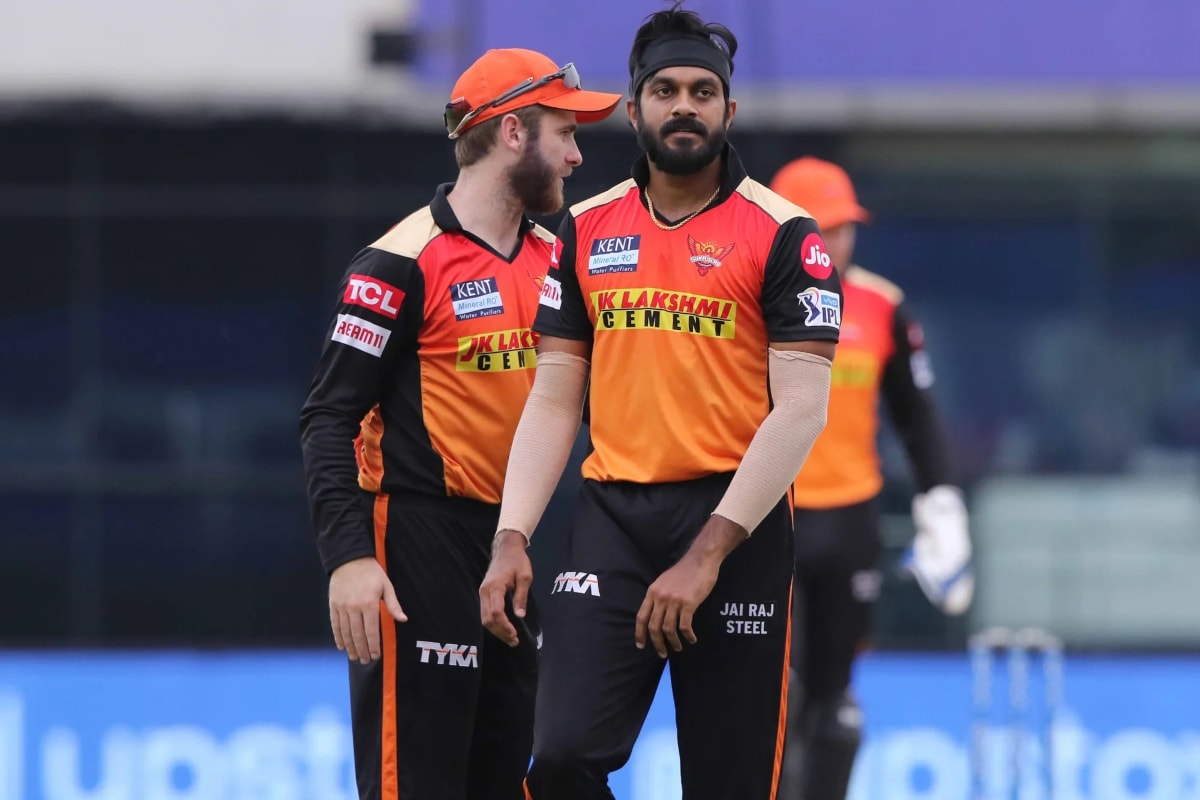 I’ve not spoken to any team, or even Tamil Nadu (management/association), about it till now. In the current situation, I’m really blank. It’s hard for me to say yes or no. But one year back I definitely had this thought of moving to some other state, because of the different batting orders that I was getting. As a cricketer, I need to keep performing. Only when I keep scoring runs, people will keep looking at me. For that, I need more time (in the middle), need to score lots of runs and pick wickets.

You want to bat higher up in the order. But you were selected to the Indian team on the back of runs scored at batting positions No. 5 to 6. What has changed now?

No change at all. Even if I get to bat at No. 5 right through, I’m okay with that. If I know that that is my batting slot, I will prepare accordingly in a different way. For Tamil Nadu and even in the IPL, if you see the batting positions that I have played in, it was all in different positions. Mostly after No. 6. I hardly have any overs to bat in most of the games. And it has come to a stage where I’ve become a 30-40 (runs) player. With that, I can’t push myself to play for the country.

If I have to score runs, I need to spend more time on the crease. So I’m not saying I want to open the batting. Just saying, even if I bat at No. 4 or 5, let it be one slot at least for domestic. And then if I don’t score runs, drop me, I’m okay. That’s what I have missed out in the last two years.

I’m an all-rounder, but I’m known for my batting. So just because I’m an all-rounder, it shouldn’t be like I should bat only at No. 6 or 7. I can also be someone like Jacques Kallis or Shane Watson. They open the innings or bat at No. 3 and bowl. It’s not a compulsion that an all-rounder has to bat at No. 6-7. If I can score runs at the top, and pick wickets, it’s good for the team too, right?

Is batting in the lower order, with little time to settle, not working for you? What do you feel is your ideal batting style?

This year, there was no choice, it was very difficult at Chepauk. Not just for me but for everyone. Only in one match did I have time – against Mumbai Indians. I tried to take the game deep and we lost that game. It wasn’t easy in Chepauk – every batsman struggled.

Did you talk to SRH management about a fixed batting position?

I spoke to them. They said they felt the line up was felt more stable when I was slotted behind. So I can’t say no, I want to bat in this particular slot. As I said, I should be able to adapt. I have adapted earlier too, it’s not like I’ve not done it in the past.

The reason for batting order to become an issue now is because I have to score runs in domestic cricket. In the last one and half to two years, I’ve hardly got proper chances to bat. I need more runs. After that, in whatever position I bat, I can score runs. You need to basically bat long in domestic cricket.

100%, no doubt. When you play for TN or even first division, you need more runs when you go and play a tournament like IPL. I was happy in the lead up to this IPL. I got a 95 in the practice game for SRH. But after that, I didn’t get enough time in the middle (in IPL). I was batting in the last 4 overs and there is little choice but to attack or slog. You faced a lot of social media trolling after the Nidahas Trophy and you’ve spoken about it enough. But it’s still continuing. Does that affect you?

Initially, it used to frustrate me. Because these days social media is an important factor. It’s a major thing. For no mistake of mine, I’ll be getting trolled, there will be a lot of things going on. If I had made some big mistake and they were trolling me, that’s different. But when I was trolled without reason, it would irritate. Sometimes it was also amusing, I would wonder why they’re randomly trolling me.

But at the end of the day, there would be no connection to me. All that is not in my hands. ‘Edho panraanga ivanga‘ (let them do what they want).

That tweet by Ambati Rayudu gave you the tag of ‘3D’. And that has largely been used by trolls. Does the 3D tag frustrate you?

Enakkum adhukkum sammandhame kedayaadhu (I have no connection to that). They gave me a tag randomly and made it viral. But after that tweet, I played three games for India (World Cup) and did decently. I didn’t do anything bad. Even in the IPL, my batting orders have been different. A lot of people compare me to Rayudu, but the batting orders and conditions we play in are different. It’s okay to even compare, but at least see which slots we’re batting in. A lot of people don’t know that. They don’t see that, and they just want to enjoy in social media at my expense.

Have you ever asked Ambati Rayudu why he did this to you?

We talk well when we meet. There’s no personal issue between us. It just so happened that his tweet became viral. I definitely don’t have any grudge against Rayudu. Even when I met him recently in Delhi, we had a super conversation.

Is public perception hard to change?

It is indeed hard to change, but I’m not trying to change that. It’s waste to try and change that. If I do well, it will change automatically. Perception will change overnight. Even big players like Sachin Tendulkar or MS Dhoni have been trolled at various stages. It is public opinion, anyone can say anything. When players of that stature have gone through it, we just have to go past these things.

You were trusted enough to play in the World Cup, didn’t do too badly… and then you’re out of radar when it comes to selection. What happened?

I’ve not spoken about it or asked anyone about selection. I’ve never asked why they don’t consider me again. I’ve never spoken like that even in Tamil Nadu cricket. My only thinking is that I have to be correct and work hard on my game. I’ve never felt the need to ask about selection. I don’t even know if I will get a proper answer even if I ask. Even if I get an answer, the only way I can come back is through performance. So only that is in my hands. What am I going to gain by asking about selection? Might as well focus on scoring runs and getting wickets.

Has there been any communication or feedback from the management?

No, after I came back from the World Cup, I’ve not asked anything to the management. I only want to think about what is in my hands. I’m always in that mindset. Selection is not in my hands, I’ll try and give my best.