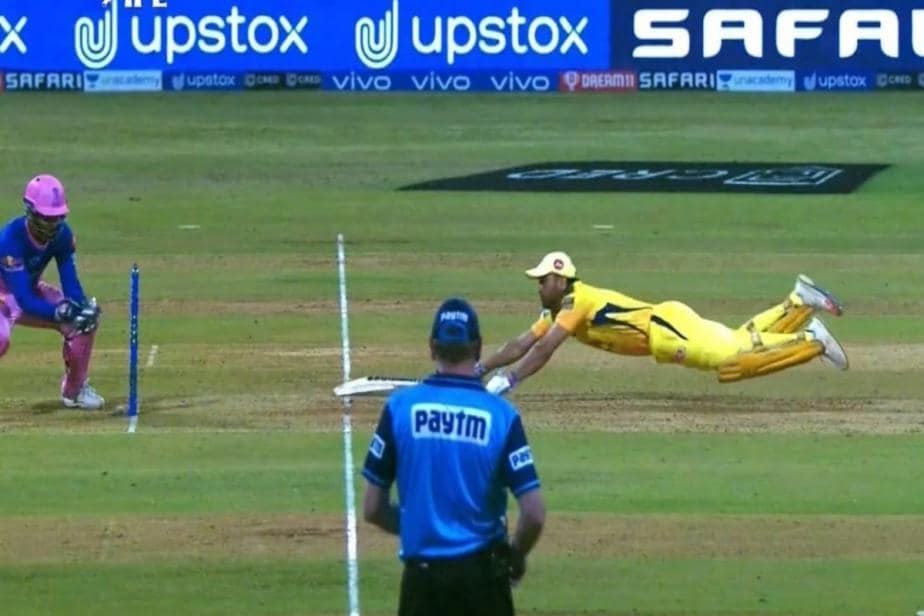 At the age of 39, making any kind of dive is no small feat, much less one with the kind of agility that MS Dhoni displayed in the match versus Rajasthan Royals on Monday. The spectacular dive came in during the 14th over, when the skipper hit Rahul Tewatia’s incoming ball outwards and darted forth to make a run but was promptly curbed by Ravindra Jadeja–who sent him back to defend the wicket.

Dhoni, unable to make it in time, took a steep dive to protect his side, sending fans back to an eerily similar 2019 where he failed to do the same in the World Cup semi-final and ended up returning home with an 18-run loss for India. While fans took to Twitter to praise his dedication, they also noted that history had almost repeated itself for the 39-year-old skipper in the IPL format of the game.

I Don’t Want Anyone To Say I’m Unfit, Says MS Dhoni After Victory Against Rajasthan Royals

See the tweets below:

Where was that dive two years ago Thala?#CSKvsRR #Dhoni #IPL2021 pic.twitter.com/GqRxHINN98

“I keep telling myself why didn’t i dive” – Dhoni

And today he dived for his team. This is what you say learning from mistakes.

Seeing Dhoni dive brought back a lot of memories, if only Mahi dived in that semi final.. #CSKvRR #IPL2021

If this dive happened in WC Semifinals. Then we would be Champions😭😭 Vera Level Dive Thala👌🏻🔥#CSKvsRR #MSDhoni #IPL2021 pic.twitter.com/292S7MJ6cw

Chennai Super Kings crushed Rajasthan Royals with a smooth-sailing 45-runs, Dhoni’s contribution coming along in the form of 18 off 17 with two boundaries.

That fateful day in 2019, however, was the last match the skipper played for India before retiring in August of 2020.