Virat Kohli Is The Most Complete Player Across All Formats, Feels Joe Root

Virat Kohli followed up his disastrous 2014 tour of England by producing 894 runs across the three formats against the home team in 2018. 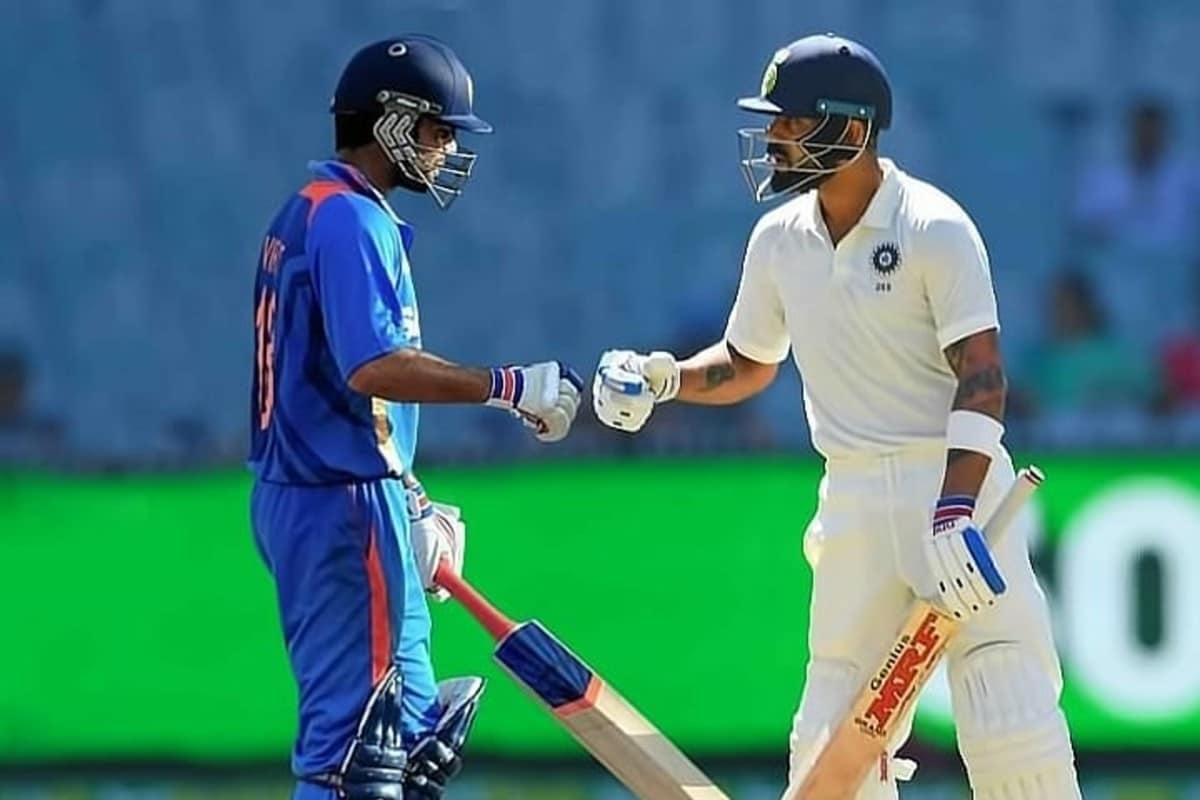 England Test skipper Joe Root considers Virat Kohli as the "most complete player" across all formats, saying he has an all-round game and his ability to chase down totals in white-ball cricket is "extraordinary".

Root also called countryman Jos Buttler as the "most complete white-ball batsman" in the world currently.

It has been widely accepted that Kohli, New Zealand skipper Kane Williamson, Australia's Steve Smith and Root are currently the leading batsmen in world Test cricket.

"Virat is probably the most complete player out of the three of them across formats. His ability to chase things down in the limited-overs format and to pace it as well as he does as often as he does and be not out at the end is extraordinary," Root was quoted.

"He's got a very good all-round game but you wouldn't say he's weaker against spin or pace."

Kohli followed up his disastrous 2014 tour of England by producing 894 runs across the three formats against the home team in 2018.

"He obviously struggled on his first tour to England, but he scored really heavily when he came back. And similarly, elsewhere in the world, he's put in massive performances. All that with the weight of India on his shoulders, as well," Root said.

The 29-year-old said he tries not to measure himself against other players but likes to watch the top three go about their business.

"I try not to measure myself against Kohli, Williamson and Smith. But I do watch a lot of how they go about constructing different types of innings across the three formats.

"You're looking at three of the greatest players the game has seen. They're three brilliant people to watch play and learn from. I'm not sure I'd put myself in their bracket, to be honest," he added.

Root hailed Williamson's technique and how the Kiwi finds a way to trust his defense under pressure.

"I look at how late Kane plays the ball, how still and correct he is. How, under pressure, he finds a way to trust his defence on any given surface. That's a great quality to have."

He added that despite not being the most graceful to watch, Smith is an exceptional player who is able to manipulate the bowlers to bowl where he wants.

"You look at Smith and at times he's just awful to watch. But you'd pay to have him in your team. He's a fantastic run-scorer. The way he thinks about the game and manages passages of play is exceptional," Root said.

"He makes bowlers bowl where he wants them to and his self-confidence you can see by the way he leaves the ball and some of his idiosyncrasies."

Talking about Buttler, the skipper said the wicketkeeper batsman has the ability to "demoralise" the opposition with his destructive batting.

"Jos has been the most complete white-ball batsman we've had ever. The way he can play a number of different scenarios. He can just demoralise attacks and very quickly swing games massively in your favour."

Root said that the best of Buttler is yet to come, likening him to South African batting maestro AB de Villiers.

"I think he's a phenomenal player and I still don't think we've seen the best of him yet. Hopefully this summer in Test cricket can unlock doors for him.

"I saw a piece about AB de Villiers and he said it took him 50 Tests to work out his Test game. I think it's very similar to Jos, to be honest."