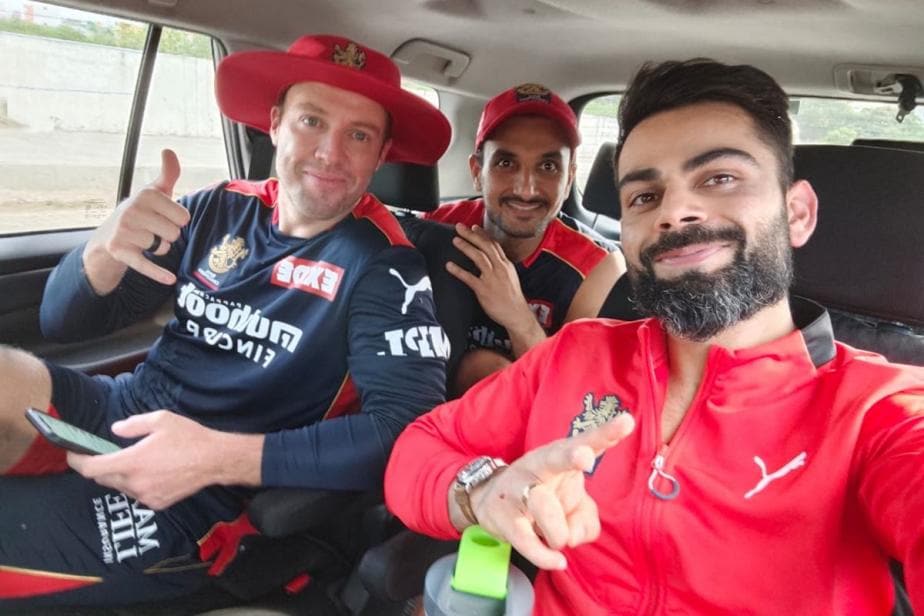 The Indian skipper been an elemental part of the RCB team and has played for it in three campaigns.

A selfie posted by the captain of the Indian cricket team, Virat Kohli with the South African skipper AB De Villiers and Indian batsman Harshal Patel is doing rounds on Instagram. The caption of the selfie which includes the trio reads, ”Chilling with these dudes post-practice.”

A few days back, former Indian batsman, Virender Sehwag on a lighter note praised De Villiers on the microblogging platform Twitter. The Delhi based former cricketer stated that the logo of IPL has been inspired by De Villiers and also applauded Patel for his marvellous innings against Mumbai Indians.

Kohli possesses an impressive record for scoring the highest number of runs in a single season of IPL. The captain of the Indian cricket team scored 4 centuries and 973 runs in IPL season 2016which also enabled his team, Royal Challengers Bangalore to enter the final and play against Sunrisers Hyderabad.

The Indian skipper been an elemental part of the RCB team and has played for it in three campaigns. He is also the all-time highest run-scorer in the entire IPL tournament to date. Kohli before the flagging of IPL this year announced that he will play as an opening batsman this season and will be eyeing big scores for RCBas well in a bid to bag the winning title of the tournament.

Despite the surging Covid-19 cases in the country, IPL fans are all cheered up to watch their favourite teams and players engage in a stiff competition to compete for the trophy. On April 9, Royal Challengers Bangalore (RCB) defeated Mumbai Indians(MI) in a breathtaking match.