Rohit Sharma's fifth IPL title as captain has given fodder to the social media keyboard warriors to take a dig at the current Indian captain Virat Kohli. 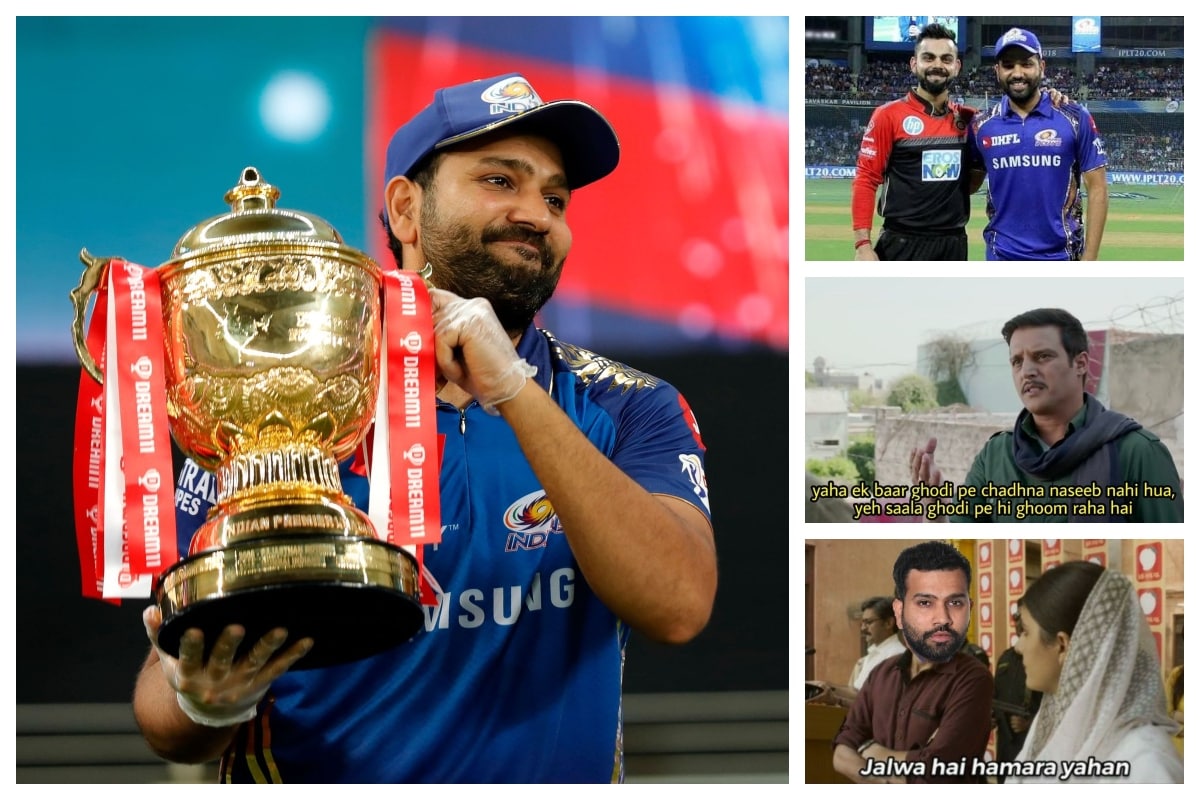 Rohit Sharma's fifth IPL title as captain has given fodder to the social media keyboard warriors to take a dig at the current Indian captain Virat Kohli. While Kohli, leading Royal Challengers Bangalore for eight years now, has not been able to win the trophy even once; Rohit, on the other hand, has claimed the title five times in eight years. In total, he has won six IPL titles (his first came with Deccan Chargers in 2013). This has sparked the debate of Rohit's captaincy vs Kohli's. For a long time, Rohit Sharma fans have been calling for the Mumbaikar to be announced as the full-time skipper for India at least in the T20Is. In Kohli's absence, Rohit has led India in T20Is and had been the vice-captain in India's white-ball teams.

Initially not named in the squad for India's tour of Australia owing to a hamstring niggle, Rohit has lost out his vice-captain role to KL Rahul in ODIs and T20Is. However, Rohit was named in the Test squad later on and with Kohli set to miss the final three Tests, as he will be flying home for the birth of his first child, Rohit finds himself in very unlikely talks of leading the Test side. This despite the fact regular Test deputy Ajinkya Rahane being there in the squad.

Calls for Rohit's elevation as skipper is backed by former cricketers and his success in the IPL added more credence to those who want to see Rohit lead the Indian team. Fans on social media also have been vocal about this and with MI winning their fifth title under Rohit, they targetted Kohli for his lack of success as captain in IPL and even the BCCI, who have been reluctant to give Rohit the reigns.

Virat kohli always choke in all important decisive KO matches but #RohitSharma always delivers when its matters the most.

@BCCI remove @imVkohli as captain of team India ,replace with @ImRo45 as long as virat will captain then india chance of winning world cup is equal to null ,vice-versa @RCBTweets

Virat Kohli in T20I as Captain:-

(All matches Against SENA, Srilanka & windies except 2 matches)

I rest my case here! 🙏😊 pic.twitter.com/FZLdGGvPRA

I think @ImRo45 should be captain in T20s and @imVkohli in the longer formats. That'd be great. 👍🏻

Shame on you @imVkohli. We didn’t expect this from you as a Indian captain doing this to future Indian players. You have to be an example. Not a stupid. Don’t do silly things. You are not doing this first time. I expect @BCCI to advise this attitude stupid person. @ipl @ImRo45 pic.twitter.com/Cdf7FpEUcP