The young wicketkeeper-batsman came up with his third Test ton, maiden at home, to topple the visitors’ lead in the first innings. 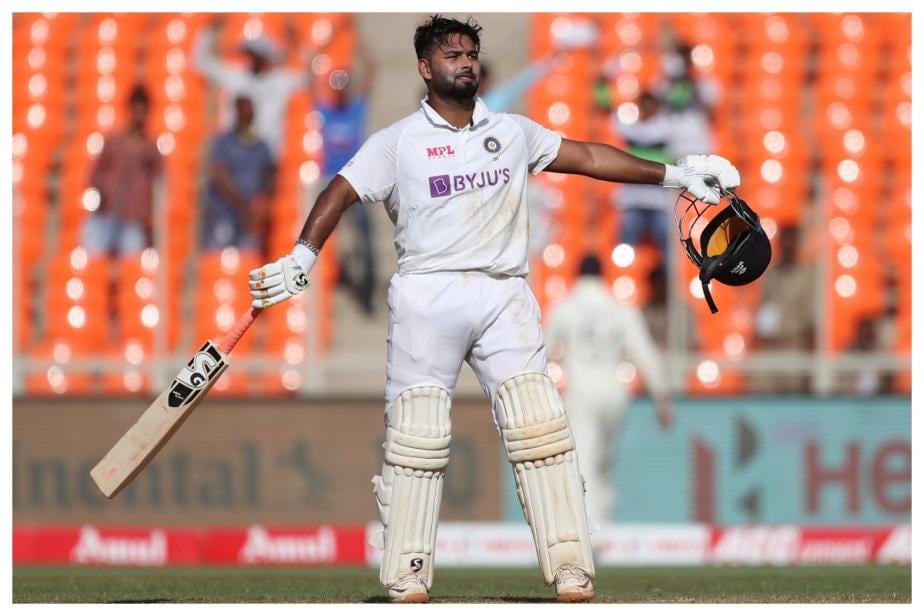 Taking the attack to the England bowlers in the final Test, Rishabh Pant headlined India’s recovery with his magnificent innings on Friday. The young wicketkeeper-batsman came up with his third Test ton, maiden at home, to topple the visitors’ lead in the first innings. The century was peppered with some memorable hits. The first, of course, was the way hereverse swept veteran speedster James Anderson in the 83rd over, who went in with a new ball in his hand. The second highlight was the last shot as Pant reached his 100 with a six off Joe Root. His 101 off just 118 balls helped the hosts gain a dominating position in Ahmedabad.

The 23-year-old emulated former India opener Virender Sehwag and it earned him plaudits on Twitter. Pant, who was on song, played the gutsy shot against Anderson and earned praises from Sehwag, remembered for his fiery and fearless knocks. As Pant reached the three-figure mark with his heroic effort, Sehwag took to the micro-blogging site to express his joy at the youngster’s accomplishment. Sehwag was famous for reaching centuries with maximums.

"Me Watching Rishabh Pant reverse sweep Anderson for a boundary and then bring up his century with a SIX. That's my Boy!" tweeted Sehwag.

Me Watching Rishabh Pant reverse sweep Anderson for a boundary and then bring up his century with a SIX.That's my Boy! #INDvENG pic.twitter.com/yunVL1GRTQ

Pant unleashed upon the English bowlers sparing none, including the opposition’s star Ben Stokes. His quickfire century at the Narendra Modi Stadium destroyed England's well-earned lead. Pant, who missed out tons making it till 90s in his previous innings, finally breached the 100-run mark before the end of play on Day 2.

While Pant wreaked havoc from one side, Washington Sundar played a patient inninsg from the other end sternly holding the fortress after the top order of the India crumbled. Sundar ended up with a fifty extending India's lead to 71 runs.