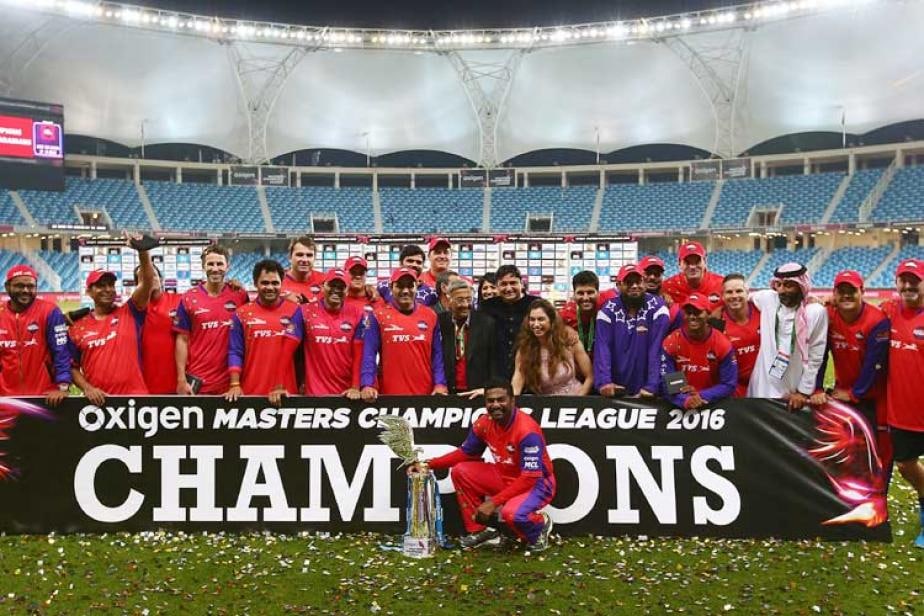 Brian Lara's Leo Lions failed to chase a below-par total of 130 thanks to Rana Naved ul Hasan's 4 for 9, which included a hat-trick.

After winning the toss, Lions’ captain Lara decided to field first and managed to remove the dangerman as the Arabians lost Sehwag for just 9 in the fourth over.

Kumar Sangakkara (30 off 26) and Justin Kemp (32 off 29) steadied the innings but the moment the duo departed, the Arabians lost the plot and were wrapped up for a below-par 130.

Chasing a relatively easy target, Lions were off to a forgettable start as they lost three of their top-order batsmen in the first three overs.

Captain Lara and Hamish Marshall tried to repair the damage. The duo added 56 runs together before Lara (28 off 25) was retired hurt. A couple of overs later, substitute Shivnarine Chanderpaul took a screamer to send Scott Styris (7) back to the pavilion off Muttiah Muralitharan’s bowling.

The telling blow was delivered by former Pakistan fast bowler Rana Naved-ul-Hasan’s hat-trick, which triggered Lions’ collapse for 114 to give the Arabians a resounding win.

Rana ended up with magnificent figures of 4 for 9.