Arjun Tendulkar, son of cricket icon Sachin Tendulkar, made his senior side debut for Mumbai in the Syed Mushtaq Ali Trophy 2021 on Friday. 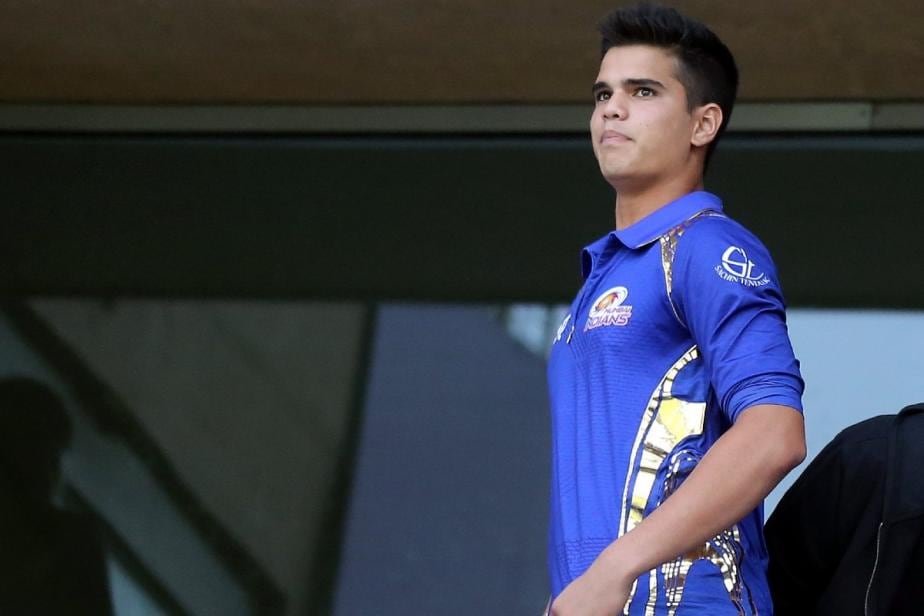 Arjun Tendulkar, son of cricket icon Sachin Tendulkar, made his senior side debut for Mumbai in the Syed Mushtaq Ali Trophy 2021 on Friday and even took his first wicket in the tournament on debut. Arjun was named in the Mumbai playing XI against Haryana - the third match for Mumbai in the domestic competition and although the match did not end as planned for Mumbai, the young Tendulkar will look back at the day with at least one fond memory.

Tendulkar, who is a left-arm seamer and has spent time in the nets with the Indian cricket team, got the wicket of Haryana opener CK Bishnoi in the first delivery of his second over when the left-hander went for a big shot but only succeeded in nicking one to keeper Aditya Tare.

Here's the exclusive video of Arjun Tendulkar getting his first wicket!!

This was the first time that 21-year-old Arjun has been included in Mumbai's senior squad. He has been playing age-group tournaments for Mumbai and also has been part of the team, which plays invitational tournaments.

Earlier, the pacer has bowled at the Indian national team nets and also represented the India U-19 team, when they had toured Sri Lanka in the past. The Mumbai squad is led by flamboyant batsman Suryakumar Yadav.

The domestic heavyweights are yet to register a win in the competition after losing their first three matches to Delhi, Kerala and now Haryana.

While the first game Mumbai were bundled out for 130, after conceding 206/4 vs Delhi, against Kerala, the bowlers failed to defend a total of 196, as Mohammed Azharuddeen belligerent 137 not out off 54 balls helped Kerala overhaul the target in the 16th over.

In Friday's game, Mumbai were bowled out for 143 in 19.3 overs while batting first. In reply, Himanshu Rana slammed an unbeaten 75 off 53 balls to give Haryana what was an easy win.