Fakhar Zaman's dismissal in the second ODI between Pakistan and South Africa has put the spotlight on 'fake fielding', with wicketkeeper Quinton de Kock appearing to have distracted or deceived the batsman 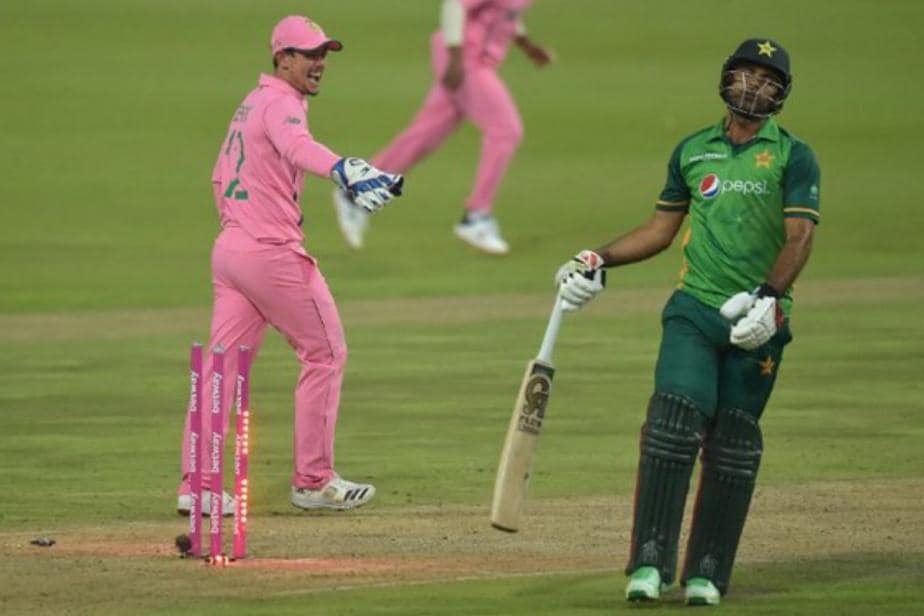 Fakhar Zaman’s dismissal in the second ODI between Pakistan and South Africa has put the spotlight on ‘fake fielding’, with wicketkeeper Quinton de Kock appearing to have distracted or deceived the batsman who eventually was run out. Chasing 342, Fakhar was in the middle of an epic knock of 193, nearly taking Pakistan to victory from the jaws of defeat.

With 31 needed off the last 6 balls, he drove pacer Lungi Ngidi to long off and came back for a second run. Spotting an opportunity for a wicket, De Kock seemingly pointed to the non striker’s end even after the throw was completed, which led to Fakhar thinking the throw was not coming to his end. However, the throw was in his direction and a run out caught him short. Now, the relevant section of the ICC playing conditions for ODIs:

41.5.1 In addition to clause 41.4, it is unfair for any fielder wilfully to attempt, by word or action, to distract, deceive or obstruct either batsman after the striker has received the ball.

41.5.2 It is for either one of the umpires to decide whether any distraction, deception or obstruction is wilful or not.

41.5.3 If either umpire considers that a fielder has caused or attempted to cause such adistraction, deception or obstruction, he/she shall immediately call and signal Dead ball and inform the other umpire of the reason for the call.

41.5.4 Neither batsman shall be dismissed from that delivery.

The bowler’s end umpire shall;

-award 5 Penalty runs to the batting side.

41.5.9 The batsmen at the wicket shall decide which of them is to face the next delivery.

41.5.10 The umpires may then report the matter to the ICC Match Referee who shall take such action as is considered appropriate against the fielder concerned.

Now, was de Kock deceiving the batsman? Even after knowing the throw was coming to his end, why did he point to the non striker’s direction? Or was it just a clever ploy?

The debate will continue. Meanwhile, Pakistan might wonder what could have been; had that been ruled fake fielding, they would have got 7 runs and the ball wouldn’t have been counted. 24 off 6 sounds a lot easier than 31 off 6.