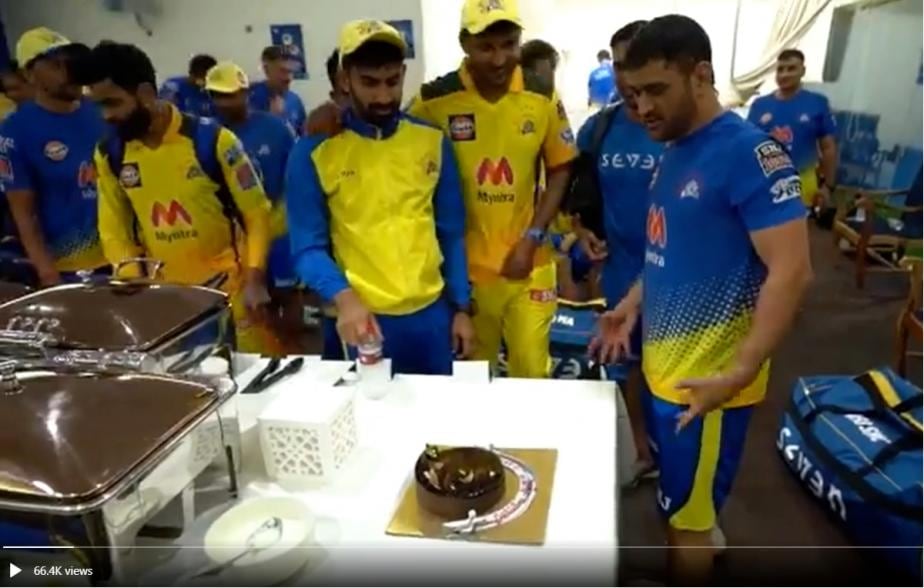 MS Dhoni has become the first CSK player to log 200 matches for the IPL franchise.

MS Dhoni on Friday became the first Chennai Super Kings player to log 200 matches for the franchise. Dhoni has so far represented CSK in 176 IPL matches while the remaining 24 have come from the erstwhile Champions League T20 tournament.

Overall, Thala, as he is popularly known among his CSK fans, has played 206 IPL matches of which 30 have come for the Rising Pune Supergiants, a former team that took part in the event for two seasons.

To mark the occasion, CSK produced a dominating performance against Punjab Kings in Mumbai, winning by six wickets after restricting their opponents to just 106/8. Later, the franchise on Saturday shared a video on social media of Dhoni flanked by his teammates and support staff as he cut a cake celebrating the milestone.

Watch the video below: Dhoni has led CSK to three IPL titles so far and is the second most successful captain in the league’s 13-year history. Mumbai Indians captain Rohit Sharma has holds the record for winning most IPL trophies as captain having led his franchise to five such titles including one in last season.

“Makes me feel very old,”  Dhoni said with a smile when asked about his feelings on completing 200 matches for CSK. “Been a very long journey. Different conditions, countries, a very interesting journey.”

CSK bounced back with the win after starting their season with a defeat to last-year’s finalists Delhi Capitals. In 2020, when the IPL was held in UAE, Super Kings endured their worst ever season as they failed to qualify for the playoffs for the first time.

They were in danger of finishing last in the standings which they narrowly avoided by finishing at the seventh spot.

CSK will next face Rajasthan Royals in Mumbai on Monday (April 19).