Watch: Sreesanth's Expletive-Ridden Send off to Batsman During Warm-up Match 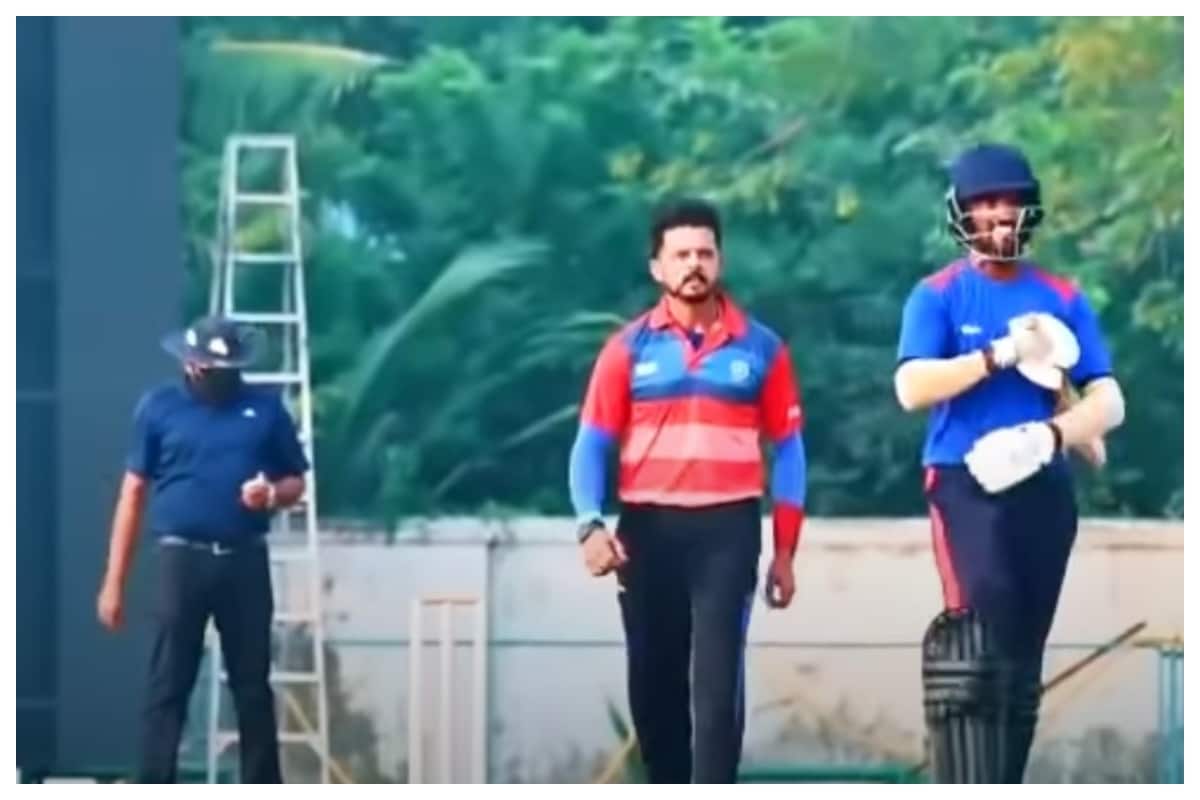 After serving a ban of seven years, India pacer S Sreesanth is all set to feature for his stateside in the upcoming Syed Mushtaq Ali Trophy beginning on January 10. He received his Kerala cap earlier this week as Kerala Cricket Association (KCA) named the state squad for the tournament which is led by Sanju Samson.

Sreesanth was handed a ban for his alleged involvement in the spot-fixing controversy in the IPL, but has displayed grit to force his way back into the state team and he seems to be back at his fiery best. playing the warm-up games ahead of the tournament, Sreesanth was at his aggressive best.

In a minute-long video posted by a youtube channel named 'kerala cricket association kerala cricket' with 3.91K subscribers, the pacer can been appealing aggressively and even giving out a bit of sledge to the batsman also. However, after the one-minute mark in the video, Sreesanth seems to lose his cool and after trapping the batsman, who was moving around the crease a lot, lbw the pacer let a barrage of cuss words to give him a harsh send-off.

S Sreesanth's Seven-year Ban Ends, Says Has 5-7 Years of Cricket Left in Him

His seven-year ban ended in September this year. Earlier, he was included in the list of players for the local T20 event in Alappuzha this month. But the inaugural KCA President's Cup T20 was deferred as the KCA did not get the government nod due to the spread of coronavirus.

Sreesanth also received the state cap in front of his teammates. The pacer posted the video online and wrote a caption,“There is nothing stronger than a broken man ,who has rebuilt himself..” Thnks a lot for all the Supoort nd love ..#Gods grace #humbled #cricket #keralacricketassociation #bcci #grateful #respect #love #bestisyettocome."

“There is nothing stronger than a broken man ,who has rebuilt himself..” Thnks a lot for all the Supoort nd love ..#Gods grace #humbled #cricket #keralacricketassociation #bcci #grateful #respect #love #bestisyettocome pic.twitter.com/U0xyEg9XHu