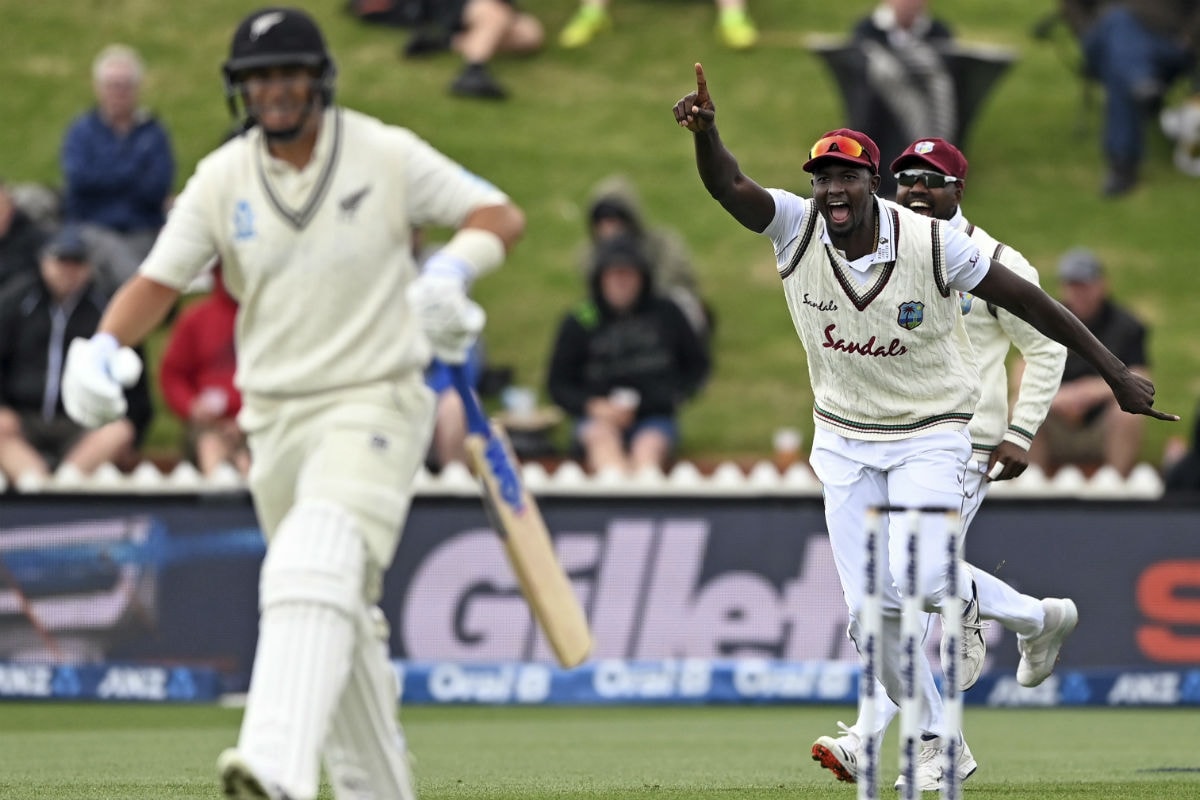 WELLINGTON, New Zealand: Henry Nicholls posted his sixth test century to bat New Zealand out of trouble and into a comfortable position at stumps Friday on the first day of the second cricket test against the West Indies.

New Zealand was 294-6 at the close of play with Nicholls on 117 not out. His late partnership of 83 for the sixth wicket with Daryl Mitchell (42) helped tip the balance in New Zealands favor late on the first day.

The West Indies won the toss and bowled first on a green pitch, taking advantage of early seam and bounce to reduce New Zealand to 82-3 at lunch.

Nicholls was rarely fluent or even comfortable at the crease. He had been dropped three times before he reached his half century, which was his first in 14 innings after a prolonged struggle for form.

Conditions were difficult for both sides. A green pitch made batting difficult early while a gale force north-westerly wind, gusting to 120kph (74 mph), made life difficult for the bowlers.

After the early dominance of ball over bat, Nicholls helped put the batting side on top. Nicholls shared partnerships of 70 with Will Young (43) and 55 with B.J. Watling (30) before his largest stand with Mitchell.

Shannon Gabriel led the West Indies pace attack bravely, bowling with the wind at his back. He dismissed Tom Blundell and Ross Taylor before lunch and when he removed Will Young in the second session he had his 150th wicket in his 50th test. Gabriel finished the day with 3-57.