IPL 2020: What Has Happened to Andre Russell - The Most Destructive Batsman in IPL History?

The Caribbean star Andre Russell playing for the Kolkata Knight Riders franchise in the IPL has been a massive run-scorer for them. But this season seems to be a bit disappointing for Russell. 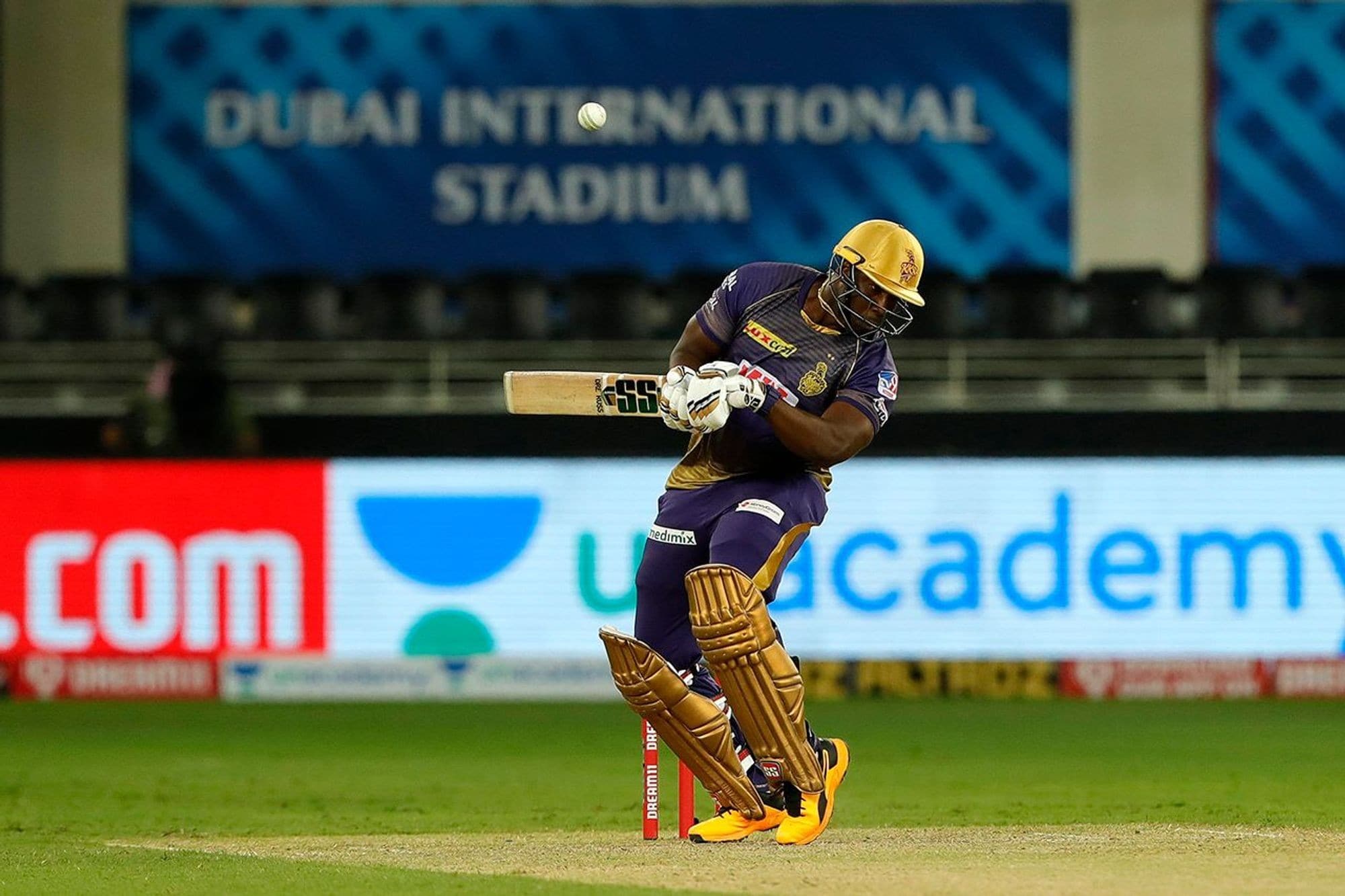 What has happened to the most destructive batsman in the history of the IPL?

What has happened to Andre Russell?

Russell has a strike rate of 184.01 in the IPL – it is, by far, the highest strike rate in the coveted league’s history! The West Indian has intimidated and routed the best in the business.

He was Kolkata Knight Riders (KKR) highest run-getter (and the 5th highest overall) in the 2019 IPL amassing 510 runs in 13 innings at a mind-boggling strike rate of 204.81, including 4 fifties. He smashed 31 fours and 52 sixes in the tournament. Russell was unstoppable and won and set up many a match for KKR from impossible situations.

But the story has changed completely in IPL 2020. 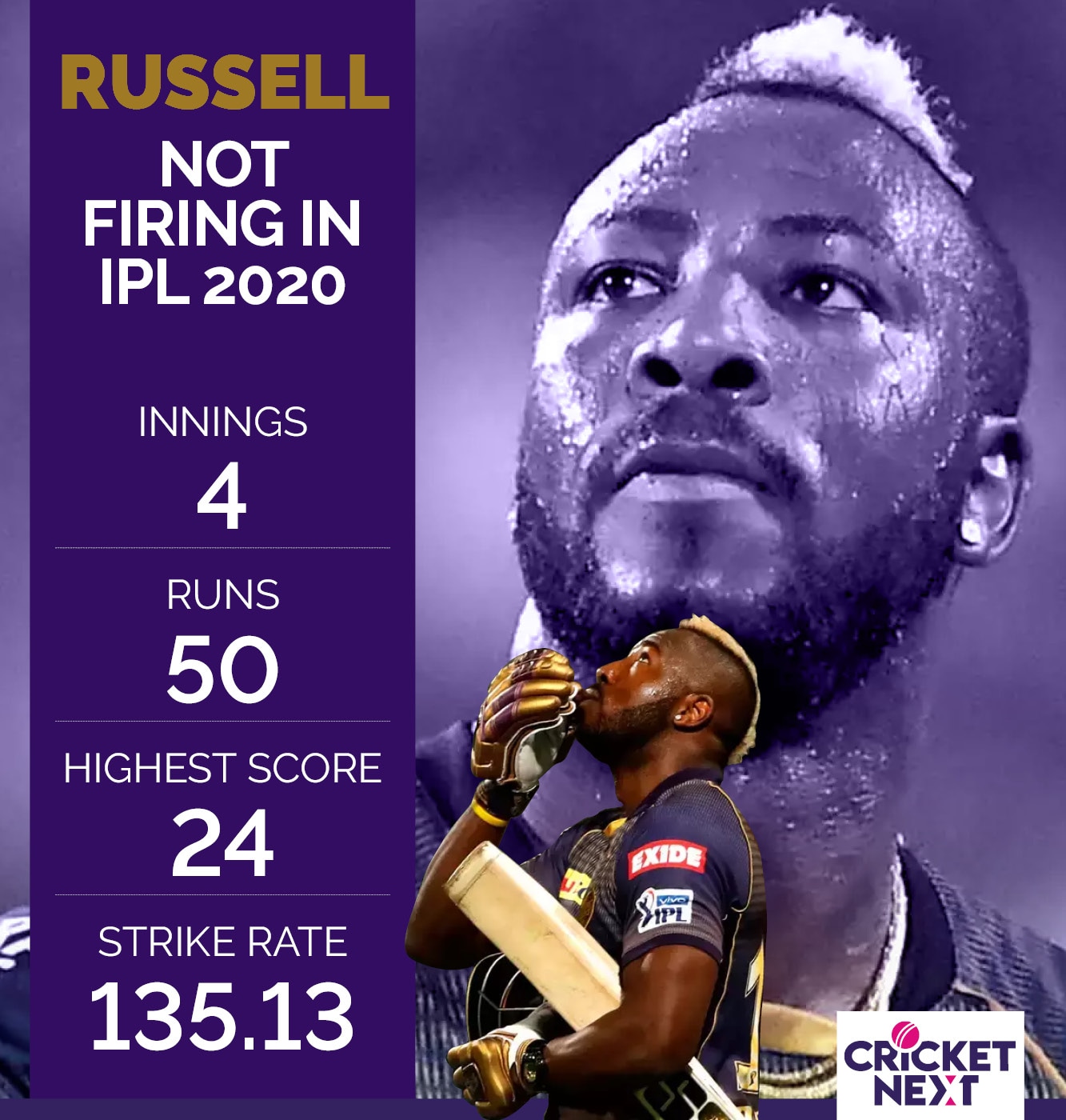 Contrast his numbers in this year’s edition to those of last year and it almost appears there are two different batsmen being compared!

Russell has managed to muster just 50 runs in 4 innings with a highest score of 24 and a poor strike rate of 135.13 in the competition thus far.

Coming out to bat at 77 for 4 in the 12th over against Mumbai Indians in Abu Dhabi, with the rate required above 14, Russell cut a sorry figure as he could only score 11 of 11 deliveries. Promoted to number 4 against RR In Dubai, he showed some promise and gave a glimpse of his earlier self hammering 3 sixes in his 14-ball 24, but just when he had the opportunity to convert this start into a match-winning contribution, he was dismissed. 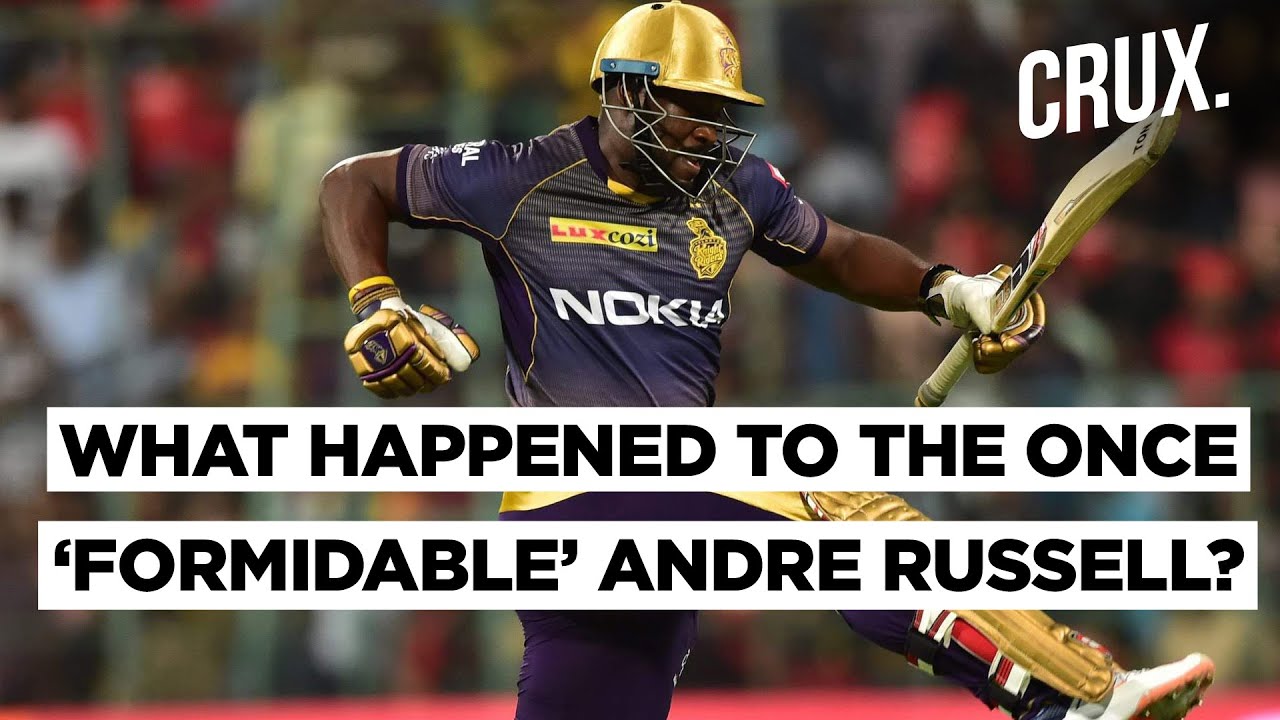 Again, coming out to bat at 72 for 2 in the 9th over, chasing 229 against the Capitals in the smaller dimensions of Sharjah, Russell could only contribute 13 off 8 balls before falling to Rabada. This was an ideal platform, opportunity and venue for Russell to showcase his talent and unleash his destructive stroke-play but he failed.

Even in the victory against CSK, Russell failed to provide the innings any flourish at the death and was removed for 2 off 4 deliveries.

So, Russell has neither scored the big runs nor has he produced any cameo in any of the 4 innings he has batted in the tournament. He has a lower strike rate than Cummins, Rahul Tripathi, Nitish Rana and Eoin Morgan even amongst KKR players.

While he has failed with the bat, Russell has made a decent contribution with the ball so far in this year’s IPL – he has picked 5 wickets in 4 innings at a strike rate of 12 and an economy rate of 8. He bowled a 18th over against CSK conceding just three (13 were needed per over in brilliant match-winning the last three overs) while also picking the wicket of the dangerous, Sam Curran.

But it is in the batting that KKR need their finisher to strike a few blows to the opposition. Russell’s performance with the bat is central to how far KKR go in the competition.