Back to News18
Home » Cricket Home » News » WI vs SL: Fabian Allen Stuns with his Return Catch in T20 Series Decider in Antigua

WI vs SL: Fabian Allen Stuns with his Return Catch in T20 Series Decider in Antigua

Allen bowled four overs, conceding only 13 runs with a scalp to his name as well. 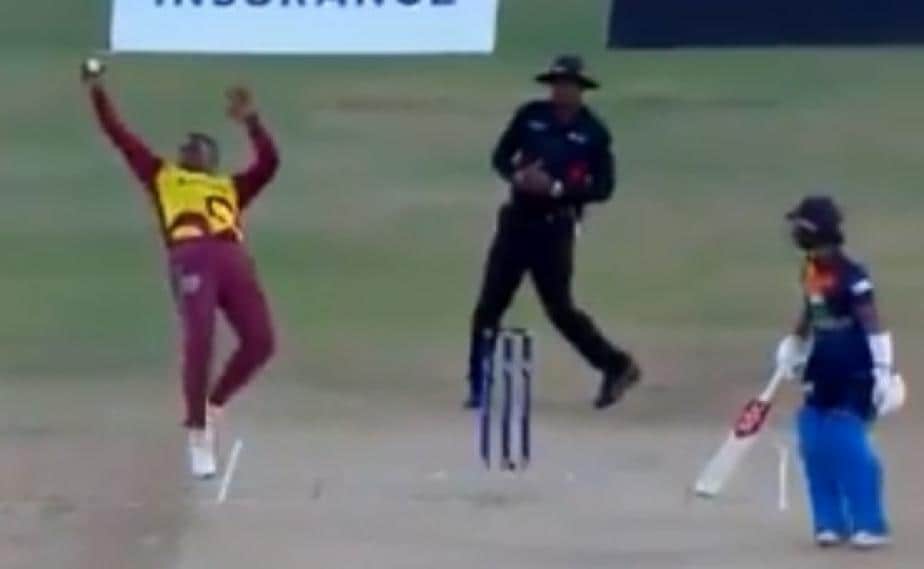 All-rounder Fabian Allen was the chief architect for West Indies’ win in the third and final Twenty20 International (T20I) against Sri Lanka. His firework cameo in Antigua helped his side clinch the three-match series 2-1 on Sunday. He smashed 21 not out off just six deliveries which helped the hosts over the line in their chase. In the penultimate over, he clobbered three maximums, leading West Indies to a nervy three-wicket win.

Allen bowled four overs, conceding only 13 runs with a scalp to his name as well. It was in the third over that Allen got rid of Sri Lanka opener Danushka Gunathilaka. He took a sensational one-handed return catchthat was not less than an absolute blinder.

For Sri Lanka, Dinesh Chandimal was the top-scorer, knocking an unbeaten 54 off 46 balls. Ashen Bandara contributed with a 35-ball 44 to take the total above the two figure mark. The visitors won the toss and decided to bat first, but early in the innings, they were in desperate trouble. They reached 10 overs with just 47 on the scoreboard for the loss of four.

Allen hit Akila Dananjaya for three leg-side sixes in the 19th over. A dedicated bowling attack from the West Indieshelped them restrict the visitors to 131 for four. West Indies chased their target with six balls to spare. West Indies got off to a good start with Lendl Simmons and Evin Lewis, but they lost wickets early in the game. The likes of Kieron Pollard and Dwayne Bravo were removed for ducks by seamer Dushmantha Chameera and Sandakan. Universe Boss Chris Gayle could manage 13. Sandakan also dismissed Rovman Powell and finished with 3/29. Nicholas Pooran, who looked in good form, was sent packing after scoring 23 off 18 balls by Chameera.

It was when Sri Lanka looked like in a place to make an unlikely victory, Allen smacked three maximums and West Indies finished on 134 for seven in 19 overs.