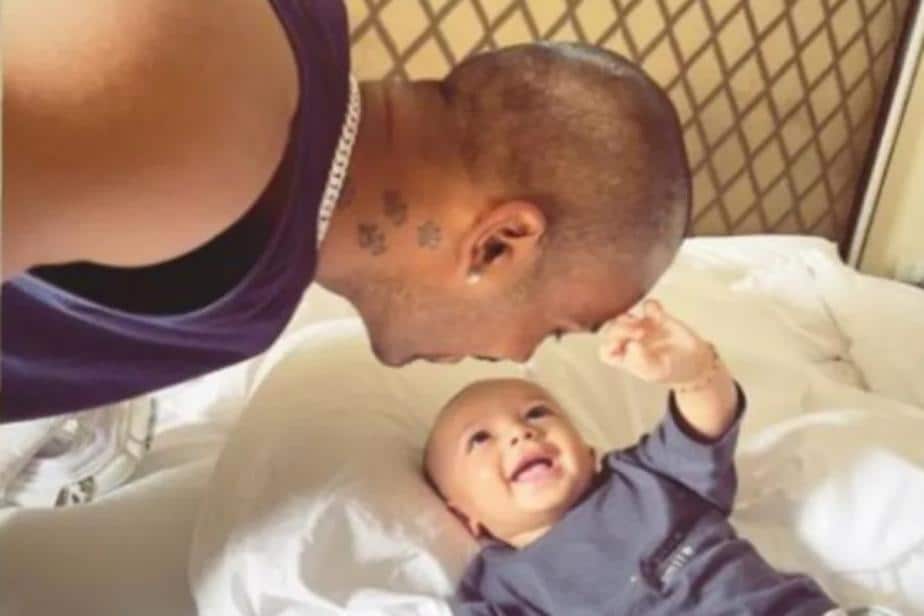 The swashbuckling all-rounder, who was in exceptional form during the recently concluded one-day internationals and T20s, is now gearing up for his return to the longer form of the game.

Natasa Stankovic, the wife of Indian cricketer Hardik Pandya, recently posted an adorable photograph of her husband and son on Instagram. The story captioned, "I love you," showed the father-son duo sharing a beautiful moment. While Hardik leaned over his son, the latter smiled and tried to touch the forehead of his father.

Hardik, then, shared the story on his Instagram account too. The swashbuckling all-rounder, who was in exceptional form during the recently concluded one-day internationals and T20s, is now gearing up for his return to the longer form of the game. The 27-year-old will next be seen against a strong England side, which is in India to play a four-match test series.

Interestingly, Hardik, who is returning to the Test side after a long gap, played his last game in the longer format against the same team in 2018. The right-handed batsman was in top form in Australia, finishing as the leading run-scorer in the three-match ODI series before winning the man of the series award in the T20s down under. Hardik had then handed his trophy to another young fast bowler, T Natarajan, who made his debut on the same tour and finished as the leading wicket-taker in the shortest format. 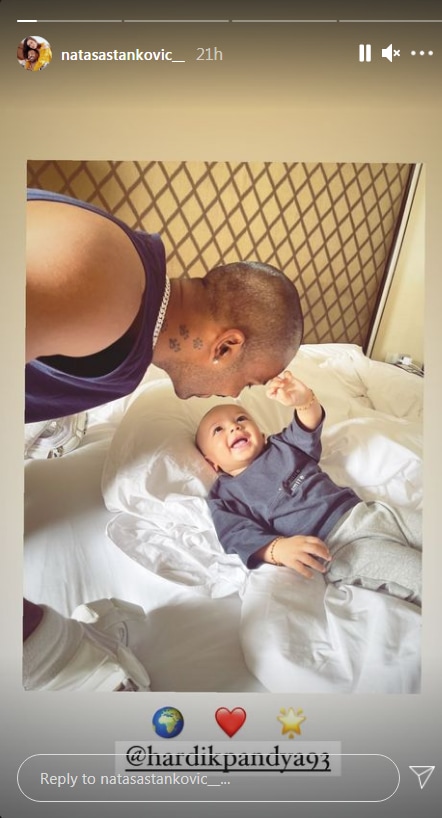 After defeating Australia on their turf, England are the next big challenge facing India. Even more, because their side is not just full of talent but also very balanced. Two of their fast bowlers -- Stuart Broad and James Anderson -- have over 600 and 500 wickets respectively. The duo is capable of taking any batting line-up apart. However, it remains to be seen if they will be as effective in Indian conditions.

The first test match will be played in Chennai's MA Chidambaram Stadium from February 05. The same venue will host the second game, too, from February 13. The teams will then move to Ahmedabad where the remaining two matches of the series will be played at the Motera Stadium, which is the largest cricket stadium in the world.

The Indians will have their regular captain Virat Kohli, who had to return from Australia in the middle of the tour to be with his pregnant wife, back leading the side. Ishant Sharma, another test-match regular, is also fit and part of Indian test squad once again. The team will miss the services of Mohammad Shami, who took a blow on his arm while batting in the first test match against Australia and had to miss the remaining tour.