Shikhar Dhawan has an outstanding record in ODI cricket but often his performances get sandwiched between the more famous fellow opener Rohit Sharma and the megastar Virat Kohli at Number 3. 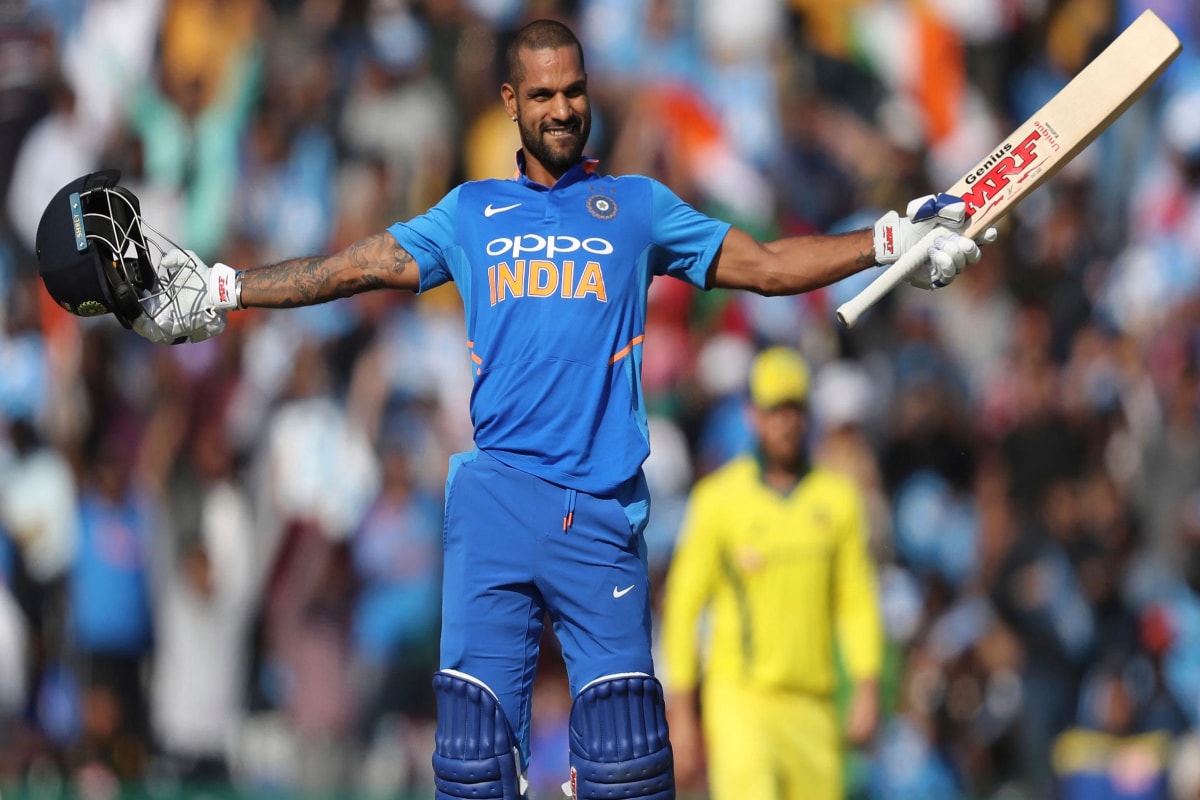 While Rohit Sharma's feats and achievements stand out and place him amongst the greatest of ODI openers of all-time, the numbers of his long-standing partner at the other end are almost as impressive and on some parameters even outshine Rohit. Shikhar Dhawan has an outstanding record in ODI cricket but often his performances get sandwiched between the more famous Indian opener and the megastar at Number 3.

We look at some of the numbers which define Dhawan's ODI career.

It is 9th highest for an opener (min. 2000 runs) in ODI history and higher than the likes of Watson, De Kock, Warner, Hayden, Ganguly, Haynes, Finch, Anwar and Gayle amongst others.

It is the 9th highest for an opener (min. 2000 runs) in ODI history. Interestingly, amongst the 8 openers who have a higher strike rate than Dhawan, only Bairstow has a higher average.

7.82: Dhawan's Frequency of Scoring a Hundred

Dhawan has registered 17 hundreds in just 133 innings. His frequency of scoring a hundred every 7.82 innings is the 7th quickest for an opener (min. 10 hundreds) in ODI history. Dhawan is better on this count than the likes of De Kock, Dilshan, Mark Waugh, Guptill, Gibbs, Greenidge, Gayle and Anwar to name a few all-time greats.

It is the 4th highest in India's ODI history (min. 1000 runs in wins) after Sehwag, Raina and Kapil Dev ahead of big names like MS Dhoni, Yuvraj SIngh, Rohit and Tendulkar.

Dhawan has a splendid record in the two flagship tournaments of ODI cricket - the World Cup and the ICC Champions Trophy (Knockout). The Indian left-hander has an aggregate of 1238 runs in just 20 matches at a strike rate of 98.25 in these two world tournaments. His average of 65.15 is the third-highest (min. 500 runs) only after Andrew Symonds and Ben Stokes.

Dhawan has recorded 6 hundreds in these two competitions - the joint second-highest after Ganguly, Rohit Sharma and Tendulkar (7 each).

He was the highest scorer in India's victorious campaign in the ICC Champions Trophy in England in 2013 - Dhawan aggregated 363 runs in 5 matches at a strike rate of 101.39 including 2 hundreds and a fifty.

Dhawan was India's highest scorer and the fifth-highest overall of the 2015 World Cup in Australia and New Zealand. He scored 412 runs in 8 matches at a strike rate of 91.75 including two hundreds and a fifty.

He was once again the leading run-getter of the ICC Champions Trophy in England in 2017 aggregating 338 runs in 5 matches at a strike rate of 101.8 including a hundred and 2 fifties.

Dhawan gave a Man of the Match Performance against Australia in the 2019 World Cup encounter at The Oval scoring a magnificent 117 off just 109 deliveries helping India to a massive 352 for 5. They beat the defending Champions by 36 runs. He played just two matches in the tournament before being ruled out with a thumb injury.

Thus, in a nutshell, Dhawan was India's highest scorer in all the 3 major world tournaments he fully participated in - this is a phenomenal achievement not many pundits have written about. This shows that Dhawan has a rare quality - he has a big big-match temperament - the ability to raise his game in the biggest matches of a world event.

Dhawan was the 5th highest scorer in the world in this period after Kohli, Rohit, Root and Warner. He aggregated 2144 runs in 46 innings at an average of 49.86 including 7 hundreds and 10 fifties. His strike rate of 101.61 during this time-frame was higher than the likes of Kohli and Rohit.

Dhawan has a stupendous record in England and South Africa. His numbers in Australia are also quite good. Overall, in these three countries, he has aggregated 2135 runs in 45 innings at an average of 50.83 and strike rate of 96.86 including 7 hundreds and 9 fifties. His average in SEA is the second-highest for an Indian batsman only after King Kohli!

8: Dhawan has the 8th Highest Average and Strike Rate Product for an Opener in ODI history

Dhawan is only behind Bairstow, Rohit, Amla, De Kock, Roy, Warner and Tendulkar. He is ahead of some all-time legends like Watson, Dilshan, Sehwag, Gilchrist, Hayden, Mark Waugh, Anwar, Gibbs etc