Women's Big Bash League to Do 'Barefoot Circle' Against Racism

A Barefoot Circle will be performed ahead of each Rebel WBBL match on Sunday, after the league's players came together to taking a stand against racism. 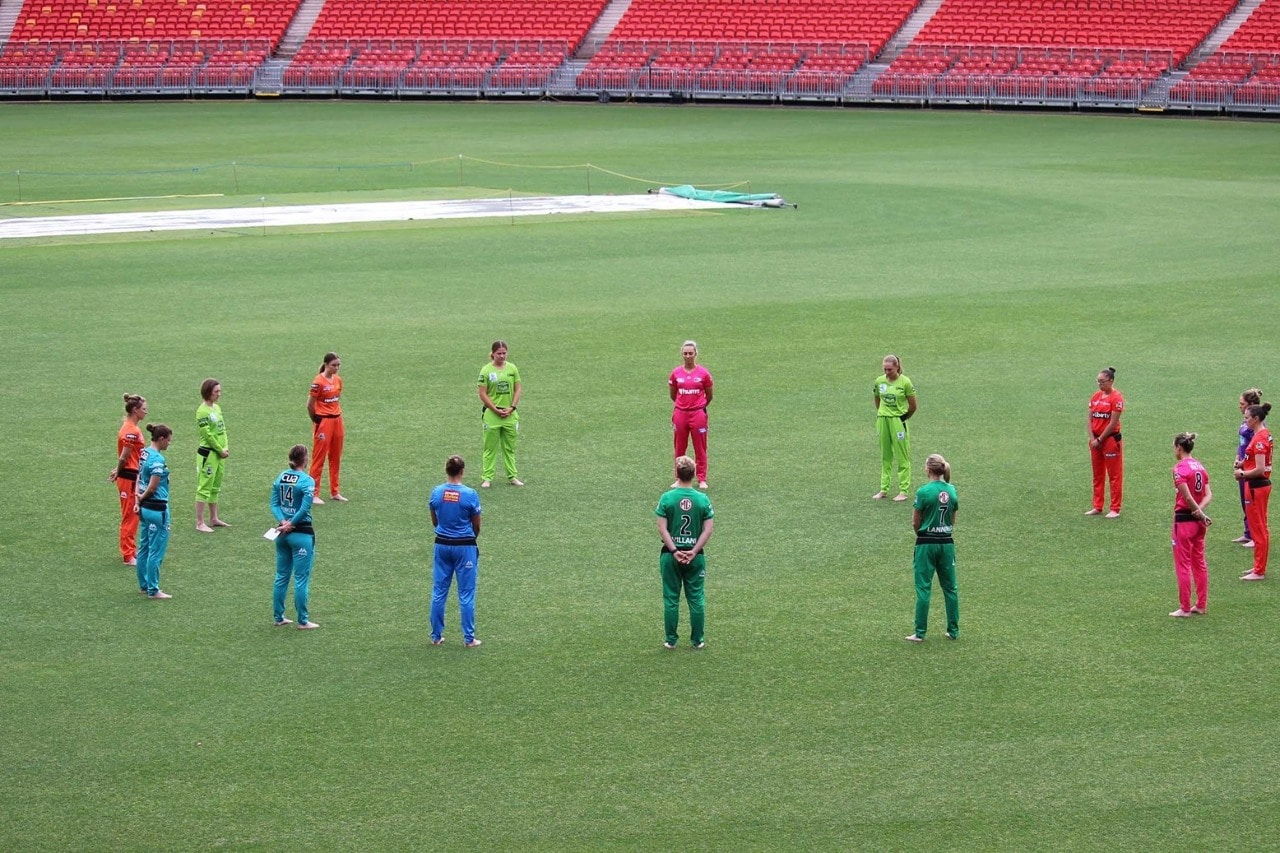 The Women's Big Bash League (WBBL), the world's leading women's T20 tournament, will see players take a stand against racism, a report in cricket.com.au said on Saturday. When West Indies men played a Test series in England earlier this year, players from both sides took a knee for the cause. At the WBBL, players will form a 'Barefoot Circle'.

"A Barefoot Circle will be performed ahead of each Rebel WBBL match on Sunday, after the league's indigenous players and its captains came together to reaffirm their commitment to reconciliation and taking a stand against racism," the report said.

The 59-game tournament, which begins on Sunday, is being held entirely in Sydney with the 250-strong players, staff and families spending the five weeks in the WBBL village at the Sydney Olympic Park.

"The eight skippers and five indigenous players - Ashleigh Gardner, Mikayla Hinkley, Anika Learoyd, Hannah Darlington and Ella Hayward - as well as the Stars' Elyse Villani and Georgia Wyllie from the Scorchers met at Showground Stadium on Saturday morning to connect to country and acknowledge the traditional owners of the land," the report added.

"All the players removed their shoes and formed the Barefoot Circle on the wet outfield of the Sydney Olympic Park ground, as the Heat's Hinkley and Thunder's Darlington read out acknowledgements of country in between solemn moments of reflection," it said.

Later, Thunder captain Rachael Haynes called them for a second huddle and urged them to recognise the sentiment again through a Barefoot Circle ahead of the opening weekend games throughout the entire WBBL-06. All agreed.

"The discussion was around making sure everyone was on the same page," Gardner told cricket.com.au. "We all agreed on doing a Barefoot Circle before the first round. It's going to be a pretty powerful thing."