Does time work differently in the Caribbean? It seems this place breeds a certain disdain for the concept of inexperience. Ask Hayley Matthews, who at 18, batted the Windies to an unbelievable World T20 win in 2016. Is there something in the sand here that amplifies the energy of the young?

Age was the buzzword of (the tournament formerly known as) the ICC Women’s World T20. Or perhaps more accurately, the lack of age.

The two Australians who bossed the final, Ashleigh Gardener and Georgia Wareham, are 20 and 19 respectively. An Alyssa Healy big score seemed inevitable as the tide, until she was bowled by England’s Sophie Ecclestone, 19. Kirstie Gordon, who precipitated the Indian collapse in the semi-final, is 20.

And Mithali Raj, who India sat out of said semifinal, is 35.

Does time work differently in the Caribbean? It seems this place breeds a certain disdain for the concept of inexperience. Ask Hayley Matthews, who at 18, batted the Windies to an unbelievable World T20 win in 2016. Is there something in the sand here that amplifies the energy of the young?

Or is it something home grown? What is this Wareham made of, that she could light up the LEDs of the one stump she had to aim at as the Australian fielding disintegrated around her. Learn from your elders, my foot. It so nearly was, except youth only takes you so far. On paper, it seemed that India had come into the tournament with the right preparation: India played 27 T20Is since the 2016 World T20, more than any other country. But a large chunk of their squad had been blooded only in the last six to eight months. Radha Yadav is 18 years and 14 T20Is old, Jemimah Rodrigues 15 innings. Arundhati Reddy made her debut one series ago. Taniya Bhatia has only batted 11 times in international cricket, and Dayalan Hemalatha only made her T20I debut in Guyana.

But then so did the others, you may counter. Gordon made her debut in this tournament, and Wareham came into the Australian team only in October.

So, what separates an Australian 19-year old from an Indian one?

According to statistician @_hypocaust, The Australian squad had played a combined 466 games in the Women’s Big Bash League and the Kia Super League, the premiere domestic T20 competitions in the women’s game. The England squad is close, with 428 games between them.

The Indian youngsters though, have had to rely on the experience gained largely in Indian domestic T20 cricket. India now has 37 domestic teams, but even if you discount the new teams added this season, the Indian domestic system is spread too thin, and lopsided by the mere presence of perennial-champions and sole-employers, Railways. These reasons were precisely why England started the Kia Super League in 2016 (besides FOMO; Australia had just launched the WBBL), a tournament that distilled the talent from their thirty-five county teams into six evenly balanced squads, with overseas talent to boot. 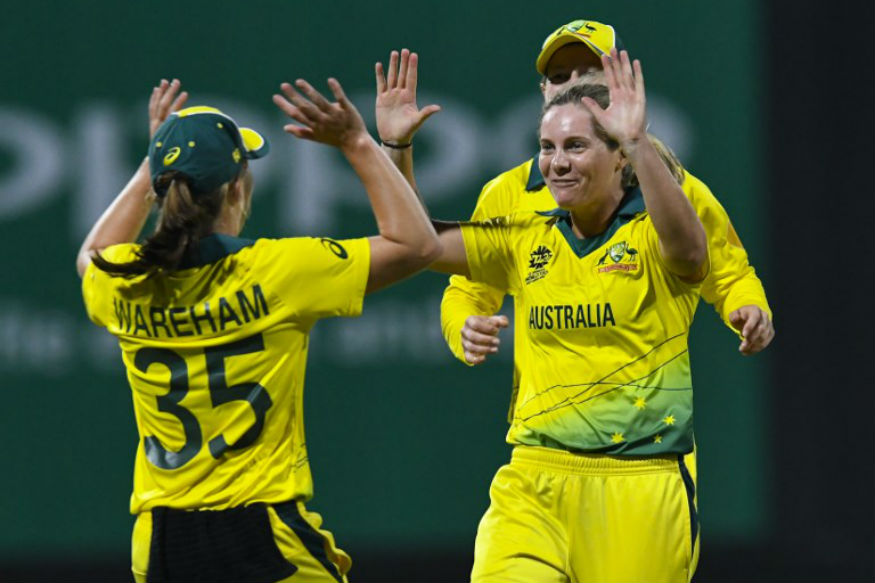 Simply put, Australia’s and England’s youngsters come in with better experience, even though their numbers may look similar.

Then there is the matter of a new formula. Eight months ago, when England and Australia visited India for a T20I Tri-series, you could see how every member of both oppositions were committed to an aggressive approach. Only a handful of Indian players were speaking that language, and the team was consequently caught in translation in the Asia Cup, where they lost twice to Bangladesh.

A reboot has occurred since, with a new instructor carrying lessons the world has already learned. Ramesh Powar showed in India's away series against Sri Lanka that this team could subscribe to a brand of cricket that matched the best in the world, especially in T20Is. And that is what India showed in the group stages of the World T20.

But India had been playing like that for three months, Australia and England for two years. Those two teams had been doing it with the backing of high-quality domestic leagues providing depth; for instance, England were without two of their best players, Sarah Taylor and Katherine Brunt, and still got to the final. Imagine how India would fare without Smriti Mandhana and Harmanpreet Kaur.

So, to realistically expect India to win the World T20 was like expecting a 10th-standard student to clear engineering entrance-tests. It happens from time to time, but as an exception. But a big win in a global event gets the Indian public drooling and dreaming like nothing else, and so we have much hue and cry about India’s loss in the semifinal. Considering where the team was six months ago, India have over-performed. All this brings us back to age, and the words that go with it: athleticism, positivity and intent. These seem to have been the reasons why Mithali Raj was left out. A month ago, Mithali was a part of Powar’s designs, he told me in this interview. But the wins against New Zealand and Australia seemed to have shown this team something they may not have considered possible: that they can beat the best without her, and they carried that belief into the semi.

However, like the Indian batting after Harmanpreet, the move was well intentioned but poorly executed. With the benefit of hindsight, leaving out the disappointing Veda Krishnamurthy instead, given the pitch, was more prudent. The miscalculations of the role dew would play proved to be a bigger, less excusable error. But then this team is a toddler in terms of aggressive-T20 experience.

“Don’t expect that something miraculous will happen in one month; it takes time to rebuild a team that has come down after the World Cup final,” said Powar in September.

This is not to make excuses for the players or management, whose job it is to engineer wins. But consider this: The Windies cannot hope to start a domestic women’s tournament comparable to the WBBL, neither can New Zealand or South Africa; they don’t have the money. India does. India can. India have not.

Young players, and a high quality domestic tournament to groom them in, these are the themes of this World T20. India has neither; the precocious talent we have found so far is incidental. For it is laughable that we are talking about a Women’s IPL, without even having a national Under-16 tournament.