Back to News18
Home » Cricket Home » News » You Don't Belong to This Team If You Don't Perform At Your Best Everyday: Jhulan Goswami

You Don't Belong to This Team If You Don't Perform At Your Best Everyday: Jhulan Goswami 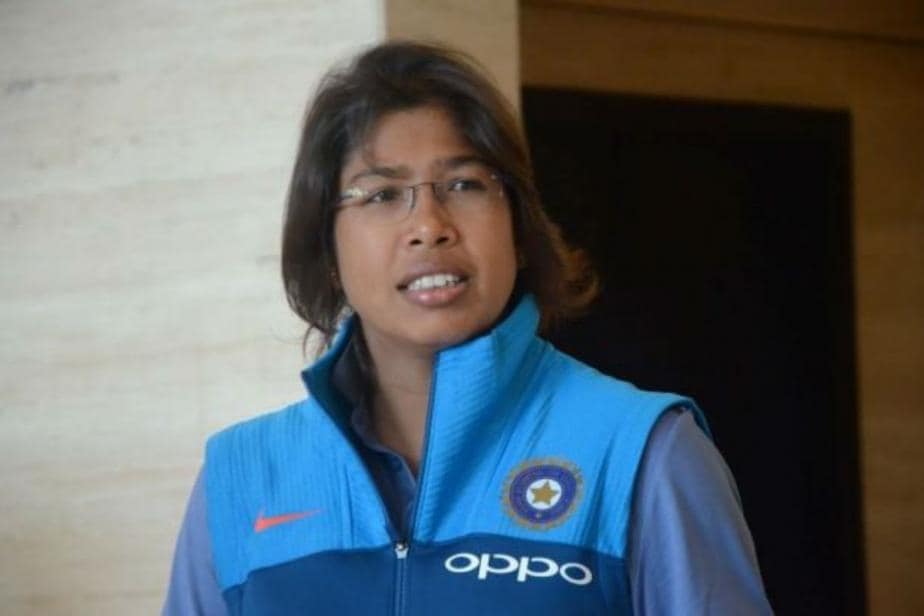 On Tuesday she claimed 4 for 42 to set up India's nine-wicket win over South Africa in the second ODI, helping the side level the five-match series 1-1.

In her late 30s, veteran India pacer Jhulan Goswami knows that consistent performance, backed by supreme fitness, is paramount to stay relevant in the Indian women’s cricket team.Goswami, who is 38, is the highest wicket-taker in women’s ODIs with 231 scalps.On Tuesday she claimed 4 for 42 to set up India’s nine-wicket win over South Africa in the second ODI, helping the side level the five-match series 1-1.”Representing India is the biggest motivation for me. I don’t think you have to look elsewhere for motivation,” Goswami said during the post-match interaction.

“You cannot belong to the team if you don’t perform your best everyday. It’s important for us to maintain our fitness and come out strong on the field. It’s not going to be easy.”The pacer from Bengal had called it quits from T20I format in 2018 in a surprise announcement ahead of the T20 World Cup in the West Indies.

“When I retired from T20Is, the most important thing for me was to just focus on one format. I had niggles here and there. It was quite difficult for me to maintain (my fitness).”Then I spent a lot of time in training. I tried to do well everyday. As for me, I was doing a lot of training since lockdown. I just kept following that. Representing India is my biggest achievement. That’s my responsibility and job,” she said.

Playing their first match after the COVID-19 triggered a long layoff of more than 12 months, the Mithali Raj-led India lost to South Africa by eight wickets in the first One-dayer here. India looked rusty and found the going tough to be restricted for a paltry 177 for nine as the visitors cruised to the target by eight wickets in 40.1 overs.”We played the first match after a long gap, so took time to settle down. We bowled both sides of the wicket,” she said about the first ODI.

But they returned strongly in the second ODI with the Goswami-led attack bundling out South Africa for a paltry 157 after they won a good toss here.In reply, opener Smriti Mandhana (80 not out off 64 balls) and Raut (62 not out, 89 balls) scripted an easy win in only 28.4 overs.”It was a much disciplined bowling attack today. Today our planning was absolutely spot on. It was an absolute team effort,” she said.

Jhulan further said bowling first on this wicket was an advantage as it’s an early start.”There’s a bit of moisture in the morning. But it was much easier in the second innings and the wicket turned pretty flat. You just need to play through the line. There’s a bit of advantage there for the bowlers so far,” she said.The BCCI had on Monday announced that Indian women’s cricket team will play a Test after more than six years in a one-off match against England.

India had played their last Test match in November 2014 against South Africa in Mysore and had emerged victorious by an innings and 34 runs.”Everyone is very excited. You always want to play Test cricket. That’s actually a lot of challenge both physically and mentally. We thank BCCI for understanding the need of Test cricket,” Jhulan, who has competed in 10 Tests, said.The visiting captain Sune Luus blamed their sloppy batting behind their loss.”It comes down to not having enough runs on the board. It was a fresh wicket today and quite a lot of movement.

“They bowled extremely well with the new ball. But we did not execute our shots. It’s always going to be difficult when none of your top-four batters bats till 40 overs,” Sune said.